CSS celebrates 15 years in the making 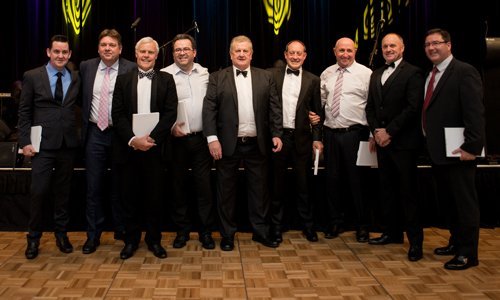 CSS celebrated its 15 year anniversary at the group’s annual conference held in Melbourne from May 3 to 5. During the opening presentation at the celebration dinner, held at the Sofitel, CSS reported that it remains at the top of its game due to partnering with only the best traders and suppliers, who all share the same vision.

Extensive workshops and a trade show had already been held throughout the week, with the 15 year anniversary dinner being the highlight of the conference. As guests arrived at the celebratory dinner, an expansive visual timeline welcomed guests in the foyer, spectacularly highlighting the CSS journey over the last 15 years.
An inspiring digital presentation by CSS was also showcased during the dinner, which noted that for CSS, “to continue moving forward, we are constantly analysing, critiquing and evolving our strategies to ensure we remain relevant and dynamic in today’s marketplace. After 15 years we have the experience and the passion to ensure we are looking forward and the best is yet to come.”
Several service recognition awards were also presented to longstanding members on the night including five year service awards to: Darren and Sally Turnball from Banks Bolts, Chris and Linda Waring from The Bolt Barn and Daniel Freshney of Rapid Supply. CSS Co-Founder Jeff Wellard, also presented two 15 year member awards to Kencor Sales and DBF Tools and Construction Supplies. As founding members, both companies have put an enormous effort into the support of the company, he said.
“When we started off we had 11 companies that supported us as suppliers. If it was not for them, we would not have started and if it was not for our founding members, we also would not be here tonight.” 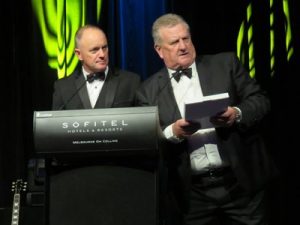 “The reason why independent companies like ours are successful, is because they have passion and they love what they do and we see this in every one of them. And when we look for somebody, we look for that passion. Th is is also reflected in our video and we see that from a lot of suppliers as well who have come along for the journey,” Mr Wellard said.
During the celebratory dinner, Mr Wellard also recognised a brand (as opposed to a company), which he believed had a lot to do with the establishment and success of CSS.
“This recognition award belongs to a brand which has been with us since we started and is one of the reasons why we are where we are today. The original custodians of the brand also had a lot to do with the development and growth of CSS. The brand is Powers Fasteners and it has been with us since day one. We would like Derek McClure to come up and accept the service award on behalf of Stanley Black and Decker who now own the Powers brand.”
During the presentations, founding member Peter Corstorphin, of Kencor Sales, also noted that to be a part of CSS ensures not only strength against the mighty nationals, but also mateship, comradery, the sharing of information and the marketing, laughs and travel, which all make it such a great journey.
CSS Director and founding member, Fred Hall from DBF Tools and Construction Supplies, was MC for the night and also conducted a presentation to Jeff Wellard, for his unwavering efforts in ensuring the success of the group over 15 years.
“Jeff, myself and a few other people in this room walked the Kokoda Track a couple of years back, and at a place called Isurava there are four marble tablets which have four words chiselled into them – Mateship, Endurance, Courage, Sacrifice and I think Jeff epitomises those four words and he brings it to the whole group. The point is, thank you for being a great leader and for what you do for us and I would like to make a toast and ask everyone to sing happy birthday to Jeff as it is his birthday as well,” Mr Hall said. 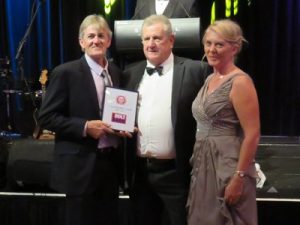 CSS is born
After the success of such a productive conference and impressive 15 year celebratory dinner, it is hard to believe that it was on a beach at Pambula, on the south coast of New South Wales in December 1998, that the idea of CSS was born. It was on this beach that Peter Corstorphin of Kencor Sales in Victoria suggested to Jeff Wellard (employed by a National Corporate at the time), that there might be some merit in developing a buying group for those independent operators in the fastening industry.
Although discussions continued for a few years, finally on December 31st 2001, the pair agreed to run the idea past a few people in the industry to see if it had legs. Mr Wellard was wanting a change from the corporate world and decided to leave his long term employer to start a small business on his own.
Five months down the track, on May 1, 2002, CSS commenced operations out of a single home garage converted into an office, beginning with just four members and 10 listed supplier partners.
In February 2002, the founding members, Peter Corstorphin, Colin Kennard, Doug Flynn, Fred Hall and Jeff Wellard, met in Canberra to set up the foundation for what is today a well-structured company. The foundation set up a series of operational policies and procedures, while signing off on a set of quality based member and supplier selection criteria that focused on membership benefits.
In the following months, several meetings took place with supplier partners and of the 12 that presented, nine are still partners with the group. (Bosch Power Tools, Reid Construction Systems, Pferd, Makita, Powers Fasteners, ITW Polymers, Ramset Fasteners, Bordo International and Bostik).
The company added members and supplier partners over the ensuing period and grew at a very fast but monitored rate, never deviating from the original criteria set down.
Mr Wellard’s role as Managing Director was initially a part time engagement that developed into a full-time position early in 2003 as the business expanded.
“I was the only employee until the later part of 2006, when we employed Paul Davy as Marketing Manager, to assist in sharing the load. The group was evolving from being just a facilitator of buying arrangements, to a more rounded enterprise offering administrative, marketing and sales support,” Mr Wellard said. 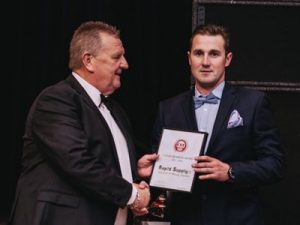 Fifteen years on…
At the conclusion of 2012, CSS had 42 members in the group and 75 listed supplier partners. Today CSS has 56 members, who have over 80 stores between them and 120 listed supplier partners, which is an increase of 33.3 per cent in members and 60 per cent in suppliers, according to the group.
Although our membership is quite diverse, the one common desire members share is to work closely with the group’s listed supplier partners, and all other members, to develop long term, meaningful relationships that ultimately result in mutually rewarding outcomes for all concerned, Mr Wellard said.
“We firmly believe that we have some great companies associated with the group but only by working together can we really achieve greatness. Turnover (based on member purchases from listed supplier partners), has grown by more than 55 per cent over five years and we expect this trend to continue well into the future. CSS has always been willing to modify, alter and adjust what we do and how we do it, to ensure group administration and members stay in tune with the changing market place in which we operate,” he said.
Today we have a well-developed and impressive track record of continued steady growth in all aspects of the business and at the same time have watched members and supplier partners grow with us along the way, Mr Wellard said.
“Doug Flynn and Fred Hall of DBF Tools and Construction Supplies of Hoppers Crossing and Peter Corstorphin of Kencor Sales (all three being founding members), along with day one supplier partners, Bordo International, Ramset/Reid, Pferd Australia, SIKA, ITW Polymers and Powers Fasteners, joined us at our 15 year birthday celebration,” Mr Wellard said.
“CSS was initially established with the idea of bringing corporate advantages to independently owned and operated companies who would in turn provide their customers with quality product, competitive pricing and support by delivering industry best practice service.”
“The fundamental principles on which the group was founded remain unchanged. Fun, fellowship and friendship and working together for the betterment of the many are at the heart of what we do but we know we all must work hard, be professional and be alert to ensure we stay at the top of our game,” he said. 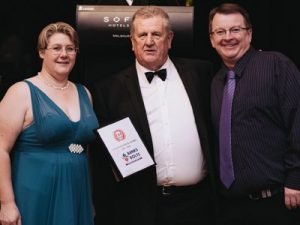 Marketing initiatives
Fasteners, adhesives and tools are to this day regarded as the product groups which formed the supplier base from which the group was developed, and as such we devised a marketing initiative using this as our theme moving forward, Mr Wellard said.
“Today our F.A.T. P.I.G. (Fasteners, Adhesives, Tools Product Information Guide), F.A.T. Magazine, F.A.T. Specials flyer, F.A.T. Mates customer membership program and other F.A.T. initiatives are driving our marketing plans forward for the members. This, coupled with the increasing range of carefully selected products being sold and distributed under the CSS private label – IMPACT-A – is ensuring all those associated with the group continue to develop and move forward,” he said.

Looking into the future…
While the group continues to grow and expand, CSS is always on the lookout for new members, with eight employees now looking after the group’s operations. CSS is also about to move into a purpose built, 2,200 square metre warehouse and office complex – still in Broadmeadows – and is looking forward to another successful 15 years in business.