CSS (Construction Supply Specialists) held its national conference at the Melbourne Showgrounds and Melbourne Cricket Ground May 22-25, with 60 out of its 64 members attending the market day, workshops and awards night. 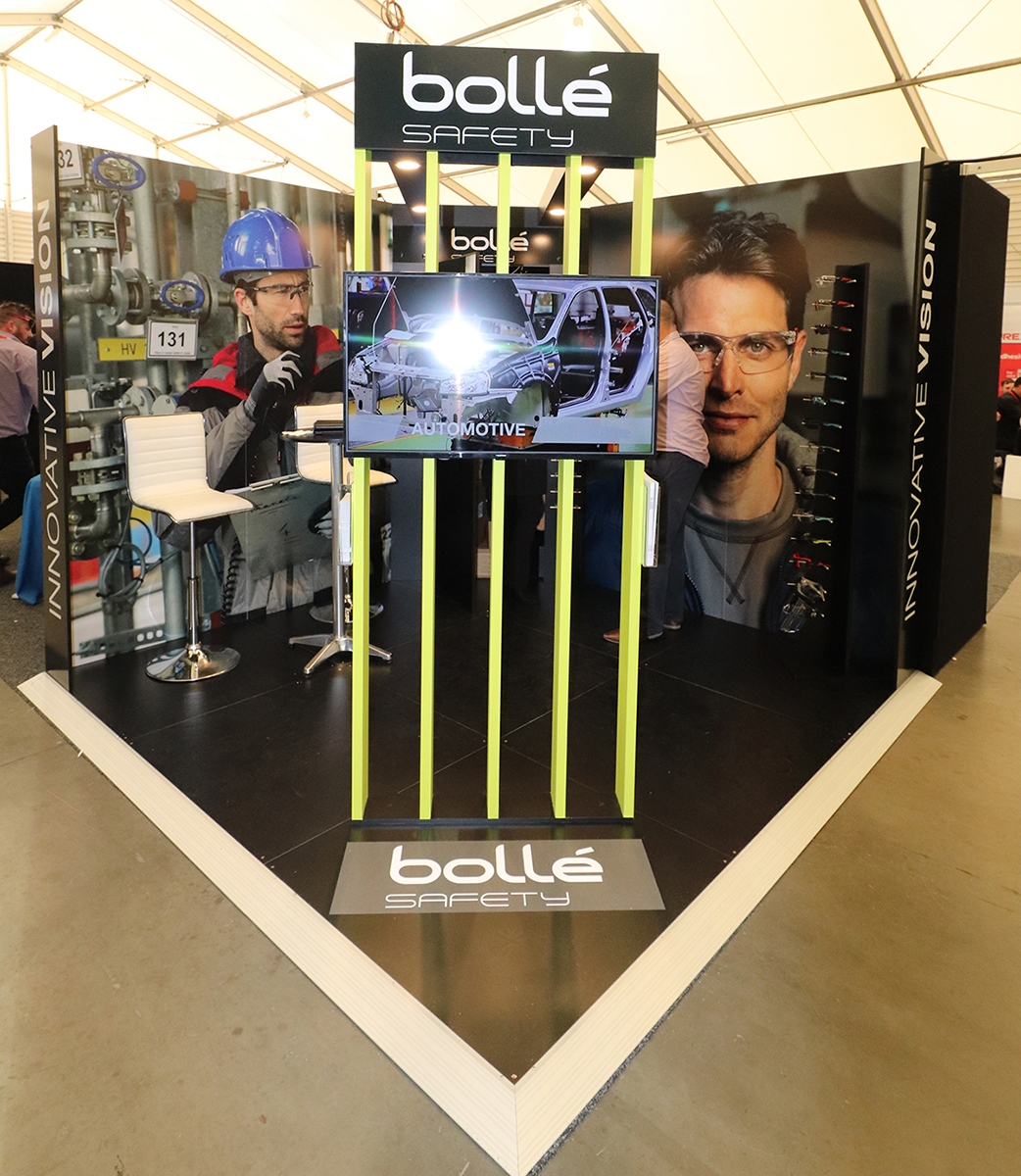 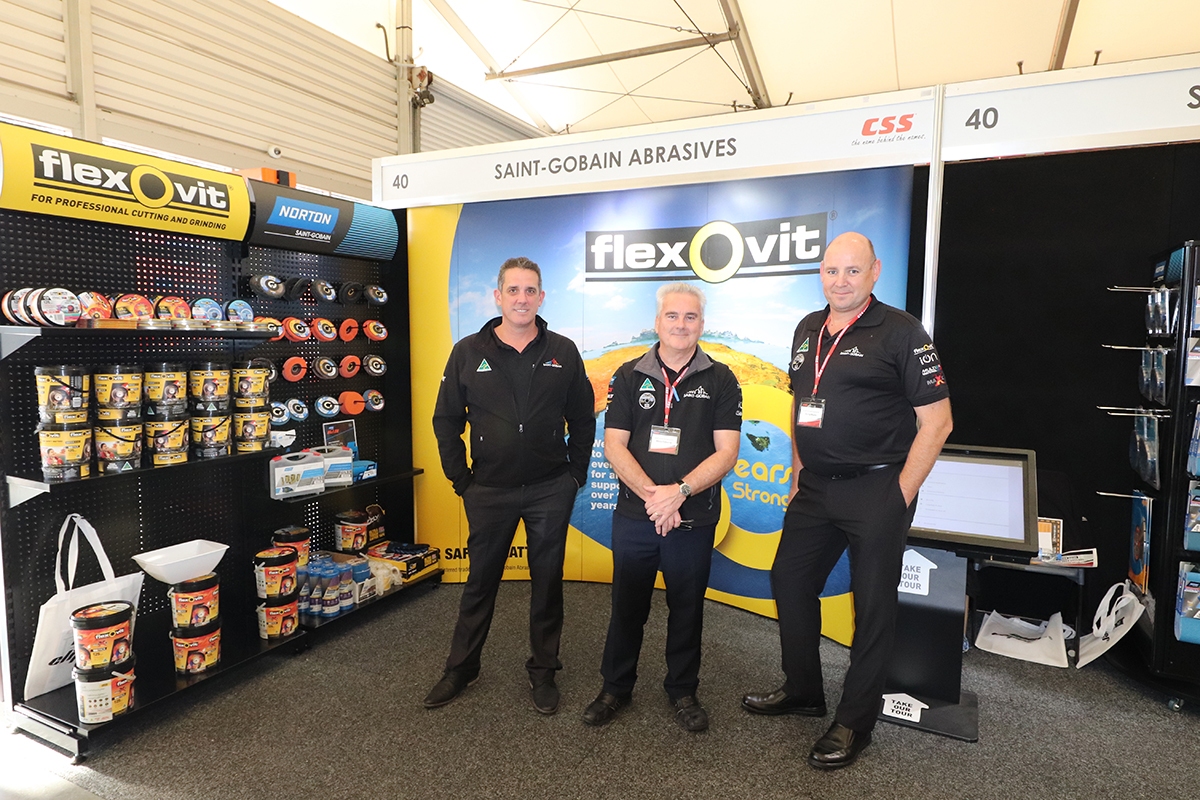 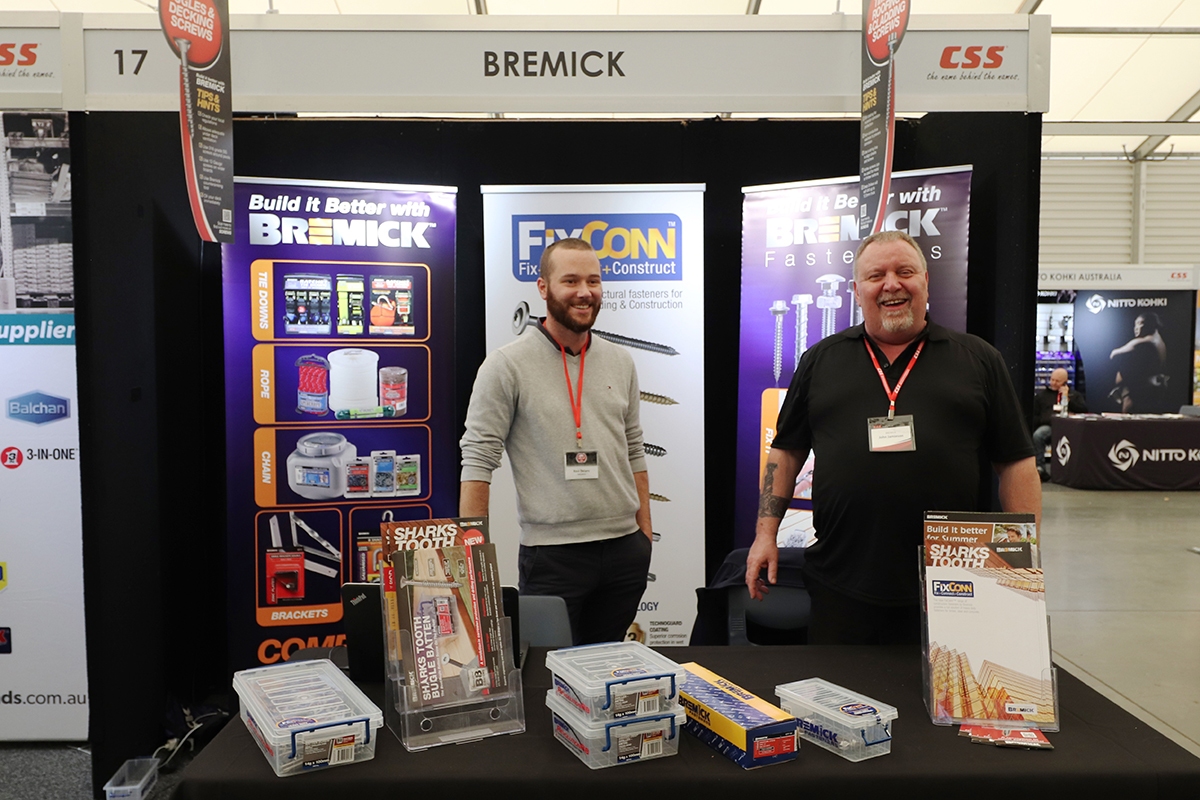 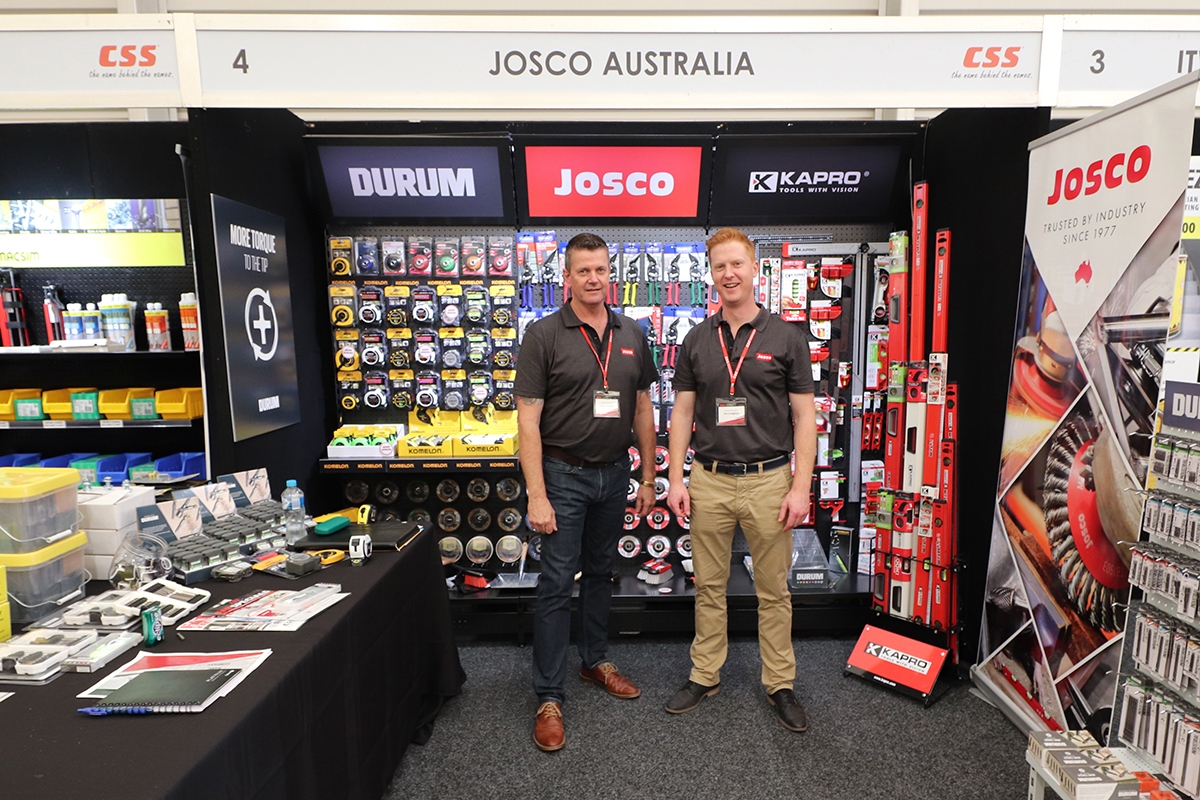 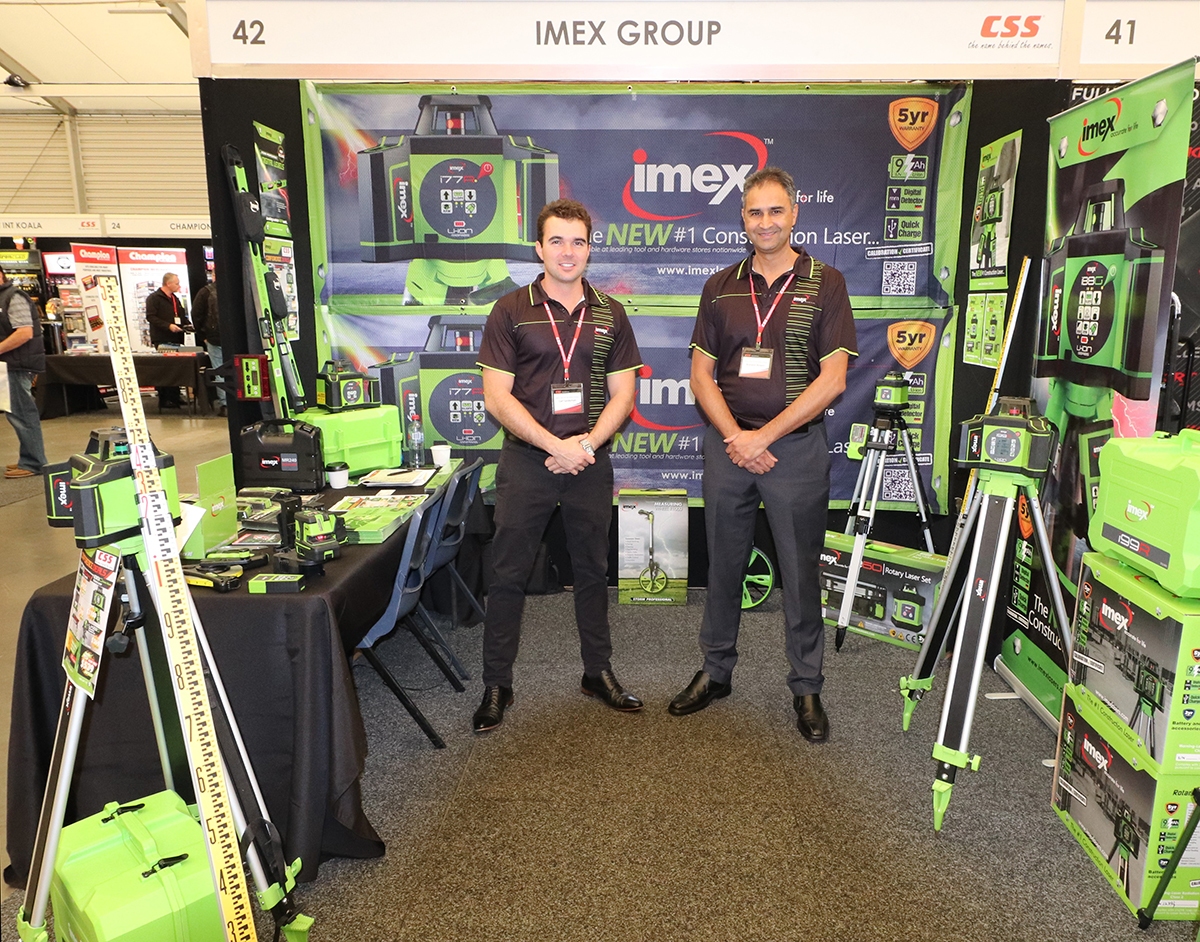 The CSS market day was held at the Melbourne Showgrounds, with close to perfect weather welcoming guests to the venue, and many enthusiastic suppliers supporting the group during the trade show event.

Now with 64 members and 89 branches in the group, CSS has entered a time of restructure, according to Co-founder and Group Managing Director Jeff Wellard, who said the theme of the conference was ‘rejuvenation’, particularly after the group recently lost its biggest member, DBF Tools, after it was bought by Jaybro in recent months.

“Unfortunately, Jaybro is a stand-alone operation that prefers to operate independently and not use a buying group. So, losing DBF Tools was not anything evil. It was just the people that bought it did not want to be in a group. DBF Tools was not only a founding member, but also a large shareholder in the company,” he said.

“DBF Tools owners, Doug Flynn and Fred Hall, were also directors of CSS. After they left the company, it enabled us to double our shareholding because they had to sell off a number of their shares. We also had a restructure of the board which is now much more representative of the group as a whole and includes our first female Director, with Julie West from Bundaberg taking a seat,” Mr Wellard said.

Members’ meetings kicked off day two of the conference, with the majority of meetings presenting the new set up to members, and also explaining who the new shareholders and owners of the company are, as well as clarifying the new board.

“We also outlined how we are making changes to our marketing strategy in line with members’ needs and wants. It seems in the past we were probably flying in the face of what everybody was telling us we needed to do, which is to become a single identity in the marketplace. But as we move forward, we will be promoting the names of long established, individual member businesses, held together by the thread of CSS, who is behind these businesses and supporting them in the background.”

When asked if CSS was ensuring its members remain entirely independent, Mr Wellard vigorously agreed and said the restructure was all about making sure CSS members stood out in their local community.

“For each of our members, whether they are in a rural area or in metropolitan Melbourne, Sydney or Brisbane, there is a community around them – and that community is very much their customer base. It is important to recognise that these communities know the likes of Ferntree Gully Bolts, The Bolt Barn or NT Fasteners in Darwin and have done so for years. So, for us to confuse them and to lose all of the benefits that those people have built in their brands over the years is silly. We think it is a lot smarter to keep this going, but there will always be that common thread of being a proud member of the CSS Group; 99 per cent of the group support this idea,” Mr Wellard said.

With positive feedback from both members and the 65 suppliers in attendance on the trade day, Mr Wellard said the encouraging feedback was assisted by the recent election results and there is now, “a bit of a release valve after things have been compressed for a while”.

“Although our trade show sales were down a little, we do not necessarily promote it as a selling event. It is more about getting people together. We do these things on a tactile basis because we like people to get together and do the business of doing business,” he said.

“Through the social events, and even the relaxed market day, people can have a chat and do business. These events are particularly good for people from remote areas like Port Headland, Cobar or Darwin, who do not necessarily see representatives on an ongoing basis and they certainly do not get the opportunity to talk to the hierarchy within certain companies either. This a great opportunity for them to get together with them,” Mr Wellard said.

A highlight of the conference was, of course, the awards night held at the MCG on the final night, with over 280 dinner guests in attendance and a revolving dinner, allowing guests to network more than ever before.

“The fact that we changed the seating with a revolving dinner, making everyone get up and move seats to a second designated table after entrée, was great. I also believe having the dinner at the MCG highlighted that the group is in a very strong position, and we are supported strongly by key industry players like Milwaukee, Makita, Stanley B&D, the ITW Group and many others,” Mr Wellard said.

Official award presentations were also conducted by Mr Wellard during the night, where he thanked suppliers and members for their dedication and longevity within the group.

“The special award for Milwaukee was presented because CSS somehow missed their 10-year award a couple of years ago,” Mr Wellard said.

During the night Mr Wellard also announced the results of an impromptu auction held throughout the duration of the conference, which was supported heavily by many of the suppliers and achieved an incredible $38,560 raised for CanTeen, assisting children with cancer.

“This is a great night and we have had a fantastic few days together. We are very much about being a tactile membership that brings people together to do the business of doing business. None of this would happen without a lot of hard work from a lot of people but special mention to Katrina Jendy and Paul Davy from CSS head office. We have come a long way since we first started the group in a café in Montmorency when we wrote the business plan on the back of a business card. Nights like tonight are about getting to know one another and talking about business in a relaxed, professional atmosphere,” Mr Wellard said.

Plans for the year ahead

Future developments for CSS include the development of ecommerce and IT systems for members, with the company planning to invest heavily in this side of the business.

“CSS is looking for a full-time employee that will work for and on behalf of the members, in helping develop their ecommerce systems as well. We are investing fairly heavily in this as a group, but it is there to assist all of the members,” he said.

Initial plans by CSS include assisting rural stores that have a limited exposure as far as ecommerce, and even IT, creating a uniform platform within the group and then moving onto Click ‘n Collect features.

“The board agreed to the expenditure of putting an IT specialist on, because even if the more established stores are happy to do it, particularly when someone else does it for them, that is a service we are going to provide. The tricky bit will be to implement a system across mining, construction, infrastructure and safety sections. Interestingly. this is one of the reasons why the group is successful, because it is not dominated by one area/segment of the market,” he said.

“Trying to find a marketing strategy that covers them all is almost impossible, which is why we are painting this new segmented marketing strategy. The common thread through it all will be CSS as the group’s supporter or facilitator, and bringing the benefits to their customers/members. We are there because of the members. We have to work with and for them because they are our customers,” Mr Wellard said.

CSS will hold another speed dating conference in Noosa in October, with plans now in place for the head office team to spend more time out in the field talking to members about exactly what they want from the group – with more interactivity encouraged.

“This has been in our DNA from day one and I was supposed to be in every member’s store each year, but our growth has made this hard to achieve. Now that we have added a couple of people, between the three of us, we certainly will be doing this. We have a series of campaigns coming up with suppliers from June onwards that run for about 15 months, because in October 2020, we are planning a conference in Singapore. By working with suppliers through sales programs, we should be able to fund this event. So, this is the key activity in the next 15 months to build suppliers’ sales so that we can fund this conference.”

“We do not expect suppliers to roll over and say they will fund this all for us. We want to give them something back. Therefore, we have a promotional calendar that runs out for 15 months, which we have allocated to certain suppliers throughout that time. The whole thing is very well planned and we are really looking forward to this event next year,” Mr Wellard said. 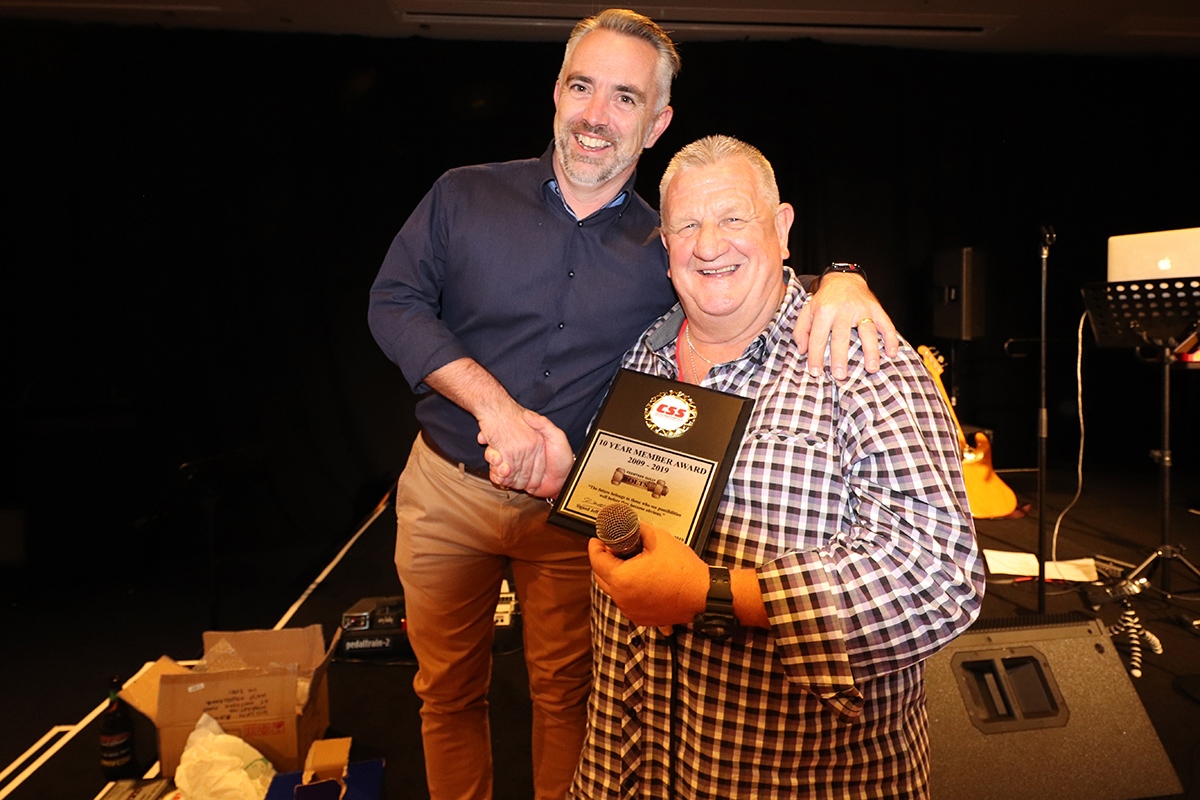 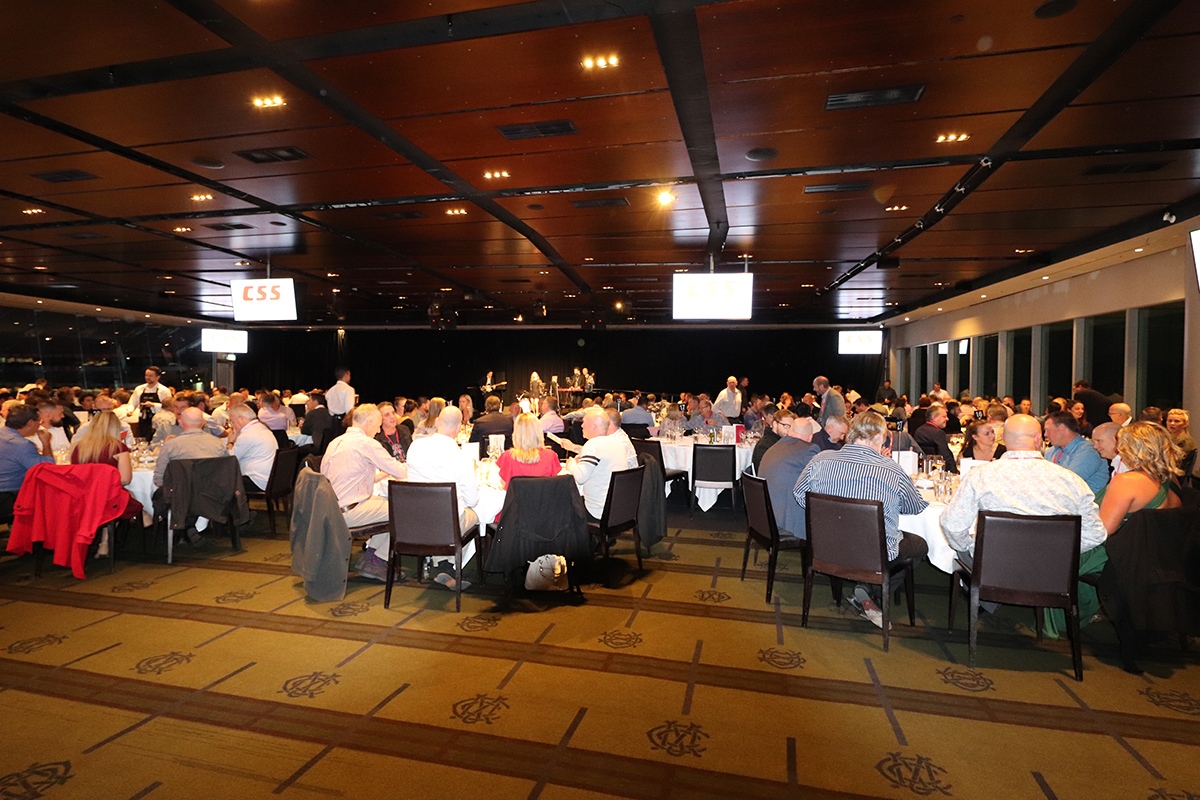