Around 44,000 trade visitors from 124 countries along with 2,670 exhibitors from 55 countries, ensured an exceptional three trade fair days during the EISENWARENMESSE – International Hardware Fair Cologne, Germany 2016. 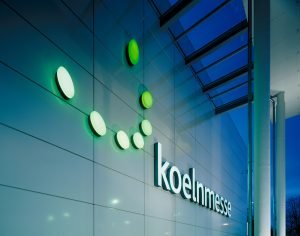 Held from March 6 to 8, the fair reported outstanding attendance and sales results with Koelnmesse chief operating officer, Katharina Hamma, saying she is delighted with the outstanding results.

“The DIY Boulevard was an absolute highlight. As a result of the conceptual changes and the integration of further industry themes such as E-Commerce, the quality of the event was further improved,” Ms Hamma said. Around 2,670 exhibitors offered the international trade visitors three days of efficient business while the share of foreign exhibitors remained high at 86 per cent.

Quality trade visitors contributed to exhibitor satisfaction, according to J. Wolfgang Kirchhoff, Kirchhoff Group managing partner, CO and Advisory Board Chairman, who said, “for us the manufacturers, EISENWARENMESSE will remain the number one industry trade fair. There is no comparable industry platform of such significance in Germany or neighbouring European countries. Besides innovative products, the focus lies on the dialogue between the market partners. One can see how high the need for communication is from the extremely high attendance of the Sunday of the fair,” Mr Kirchhoff said.

Germany was the country that recorded the highest growth in terms of the number of exhibitors with German exhibitors rising significantly by 6.3 percent. In addition to Germany, France, Great Britain, Italy and Spain were also strongly represented. Famous returnee exhibitors to the trade fair included: Abus, Burg-Wächter, Fischer, Hettich, Mellerud, Steinel, Tesa and Westag

The DIY Boulevard was also a show highlight, spanning 230 metres through the centre of Hall 2.1 and set important impulses throughout the show.

“In contrast to the previous fairs, this time we had an ongoing rush of visitors at our stand. We put this down to the DIY Boulevard which was very popular with all parties and had a sort of magnetic attraction,” Dr. Peter Wüst, Managing Director of Construction, Home Improvement and Garden Trade Association e.V. (BHB) said.

E-Commerce is the talk of the town

Alongside the DIY Boulevard, the E-Commerce Arena by SSI Schäfer also had a crowd-pulling affect. Here, in the scope of the E-Commerce Theme Day, Koelnmesse presented the brief study ‘B2B Marketplaces 2016 – what it really comes down to’.

Thomas Dammann, Executive Director of the Central Association of the Hardware Trade e.V. (ZHH) said, “both the key theme of E-Commerce and the DIY Boulevard proved very popular this year. The many new approaches and ideas have significantly increased the attractiveness of EISENWARENMESSE – International Hardware Fair. One should consider further approaches in this direction to further increase the diversity of the exhibitors’ offer,” he said.

The 2016 Cologne Hardware Show has once again been a strong show for Tee-Zed Products and its flagship brand Dreambaby®.

With team members from Australia, UK, and Germany, director Carolyn Ziegler said, “We are excited to not only see existing business customers, but many new potential customers from a variety of regions and countries.”

With a focus on new and innovative child safety products, including gates and playpens, interest was also very high in the Adhesive Mag Lock® range, which prevents children accessing cabinets. The Adhesive Mag Lock® has been one of Dreambaby®’s strongest lines for a number of years and remains one of the most popular in a majority of countries where it is sold. Dreambaby® has an ever growing range of child safety and care products. With in-house designers, Dreambaby® looks at all markets closely, and strives to develop high quality, durable, on-trend and cost effective products to over 100 countries globally. Not only do some product designs need to be focused on various functions, for varying age groups, countries and seasons, they also need to look the part. Dreambaby® ensures the designs look modern, sleek and will fit in with any home décor.

“We are excited to present our Dreambaby® range here in Cologne. We are very passionate about child safety, and the importance of developing new lines to suit the needs of our customers. Our customers contact us with request for help, we listen, and sometimes it is the birth of a new product idea,” Miss Ziegler said.

Tee-Zed was also proud to debut a range of Sunforce Solar lights and panels for the first time in Cologne. Backed by the famous Coleman branding and reputation, these have shown to be a strong addition to what Tee-Zed offers its customers.

“While it seems to be a stretch to the mix that we at Tee-Zed have shown here at this Fair, we have actually been successfully selling these for over two years in Australia, New Zealand and UK, so it is a natural extension to offer this now to the rest of Europe,” she said.