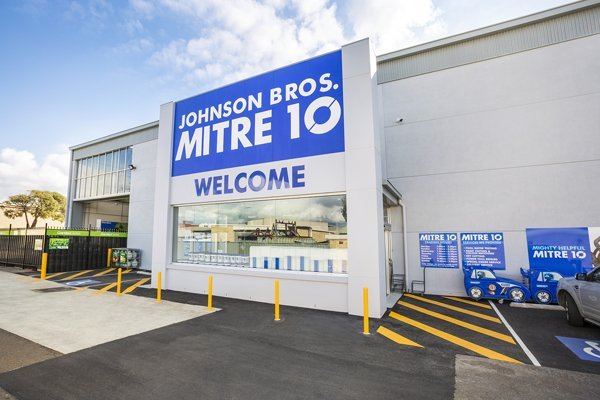 Johnson Brothers Hardware – Mitre 10 relocated and launched its new-look Mona Vale store earlier this year, and is a shining example of what may be achieved under Independent Hardware Group’s successful Sapphire Transformation Program. The program demands an elite standard of retail excellence, taking a holistic approach to improving the total operations of a business to build on what a store is famous for and lift it to ‘Sapphire Standards’.

Johnson Bros is the 22nd store within the Mitre 10 network to have undertaken the transformation in the last two years, which is a joint-investment program between members and IHG, contributing to the program’s average same stores sales growth of 17 per cent. The Johnson Brothers Hardware Group initially opened its Mona Vale store in 1989 as the second store within the group. The store quickly proved to be quite successful and in 2001, moved to a larger 3000 square metre site in Bassett Street. Here the store remained for almost 15 years, as the internal space was 1000 square metres larger than the original site, while the exterior space was about four times the size.

However, an even bigger and better move was still on the horizon, and in April this year the store moved to a 4000 square metre site, also in Basset Street, and has proven to be one of IHG’s most impressive Sapphire stores to date. 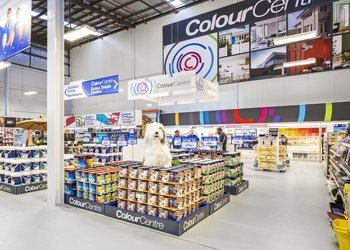 Sapphire store features
The newly built Sapphire store boasts an abundance of new features, with locals often walking into the new store and looking around in amazement at the changes that have been made, according to Mitre 10 Mona Vale Director, Michael Johnson.

“The new site has over 150 parking spaces, as well as separate, double width driveways for both retail and trade, and a very large yard area. The larger space has allowed us to expand our retail and trade offerings, as well as add an outdoor green life area, a Dulux trade centre outlet, a kitchen and bathroom selection centre and a drive through trade area with undercover loading for at least ten vehicles. We have also combined the JBH Timber & Building Supplies part of the business, and the kitchen department, under one roof,” Mr Johnson said.

“Our biggest departments are timber, building supplies, power tools and paint. However, since we included green life within our garden offering, this has grown very quickly. The response from our customers has been amazing. Not only do the high ceilings add an incredible feeling of space, many customers who walk into the store just stop and look around.”

“Even after the initial excitement has settled down, we are still up over 25 per cent on both sales and customer count, and we are still receiving very positive comments about the appearance and amenity of the store,” he said.

The Johnson family realized it was an opportune time to undertake the Sapphire program after they began planning to move to the larger site.

“The former store offered hardware, builder’s supplies, timber and kitchens, spread throughout six different factory bays on the one site. It had a shortage of parking, while goods inwards, dispatch and customer parking all used the same narrow driveway, which was chaotic at the best of times,’ Mr Johnson said.

“We were planning the move to the new site anyway. We visited a number of stores in Melbourne, which either had completed or were in the process of undergoing the Sapphire conversion. We were so impressed with the level of planning and support that went into the conversions, we decided to go ahead with the program.”

“Our main competitors are various specialty timber, building supply, kitchen and bathroom outlets, so our main point of difference is that we have it all under one roof – with easy access. We now have a big box offering, in a family run store that focuses on service,” he said. 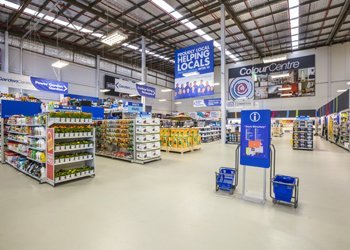 Extensive family history
Johnson Brothers Hardware was first opened by John and Bob Johnson, in Rydalmere in 1955. After a brief move to Freshwater, they opened a store in Avalon in 1957. However, it was not until 1989 that the family purchased a second store at Mona Vale Rd, Mona Vale, which moved to Bassett Street in 2003.

In 2008, Johnson Brothers Hardware took over the operation of Hardwoods Australia and the name was changed to JBH Timber and Building Supplies (incorporating Hardwoods Australia), to better reflect the increased product range. Soon after, JBH Timber moved into the Mona Vale store, creating a convenient one-stop-shop.

This of course then led onto the Johnson Brothers’ greatest move of all, with the opening of its ground breaking Sapphire store in Mona Vale.

“All up, there is over a couple of hundred years of experience between our management team and most staff have worked in family businesses as children after school, on weekends or during the school holidays,” Mr Johnson said.

Family values shine through
Mr Johnson said that working in a family business has also ensured that management understand the value of life outside of work.

“This is why we do whatever we can to support individuals or organisations so we can enrich the lives of others in the community. We also try to support any local volunteer organisations that provide a service to the community. We do have a soft spot for local sporting clubs and surf lifesaving clubs, but we also sponsor/support things such as art carnivals and Rotary concerts,” Mr Johnson said.

“Where possible, we also try to support these groups by ensuring our staff and family work within these groups as well. We also see mental health as a bigger issue and we have raised over $4000 for ‘beyondblue’ in the last 12 months through generous customer donations.”

“Positioning ourselves as part of the community also lead us to transform our grand opening event into a family fun day. The whole day was oriented around creating an event for families and included a petting zoo, jumping castle and face painting etc. We definitely create events as a marketing tool because they create a strong customer relationship by building trust in our offering, knowledge, service and price. Our aim is to hold four major events a year. The popularity of these has grown each year, partially through reputation, but also through a good mix of digital and print marketing,” Mr Johnson said. 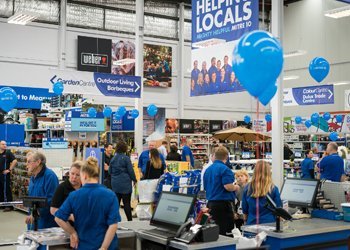 Local demographics
The Mona Vale area has a very broad mix of demographics, according to Mr Johnson, who said the Northern Peninsula and the Bayview/Church Point area features many wealthy older people and retirees who are more ‘do it for me’ than ‘DIY’.

“Avalon, Bilgola Plateau, Mona Vale and Warriewood have a lot of young families, with good incomes but are cash poor because of their mortgages. However, spread amongst these is a large number of professional and trades people on very good incomes, many with local businesses or work from home. A common denominator is that they love where they live and are extremely house proud. We have found over the years that for the most part our customers prefer to buy quality rather than cheaper products. We do very well with brands that are perceived to offer these qualities,” he said.

New trading terms
When touching on the Independent Hardware Group trading terms currently being rolled out through Mitre 10 and Home Timber and Hardware Group stores nationally, Mr Johnson said the change has not been massive, but rather an incremental improvement.

“The change from a payment due at end of month and another due on the third, to just one single payment on the third, is a help because it matches our existing cash flow better,” he said.

“Moving forward, IHG has proven to be more than just a distribution centre with buying power. IHG provide a strong direction for the brand and an amazing amount of knowledge and resources to grow our business. Their actions make it clear to us, that they see the way to their success through support of its members,” Mr Johnson said.