The Hardware Association of SA recognised excellence within the industry at its Gala Awards Night, held at the Adelaide Entertainment Centre on November 5.

The annual award’s night allows the association to recognise the best retail stores, suppliers and staff within South Australia,” Hardware Association of SA president, Paul Stewart said.
“Hardware is an integral part of the retail and building industries and while trading has been difficult over the past year, the industry is resilient and continues to offer quality services and products to the South Australian consumers,” Mr Stewart said.
The South Australian Hardware Industry is worth $2.5 billion and represents 130 retailers and 68 suppliers who employ between 8,000 and 9,000 people.
Nominations were received from retail hardware stores from all corners of the state and metropolitan Adelaide, with 18 awards presented on the night.
The 2016 Hardware Association of SA award winners were: 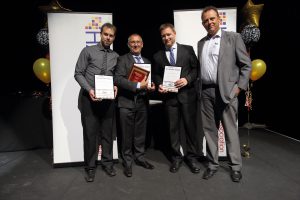 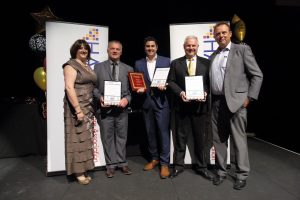 Store of the Year – Glynde Mitre 10 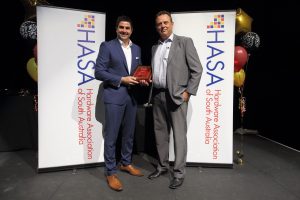 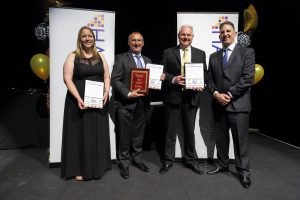 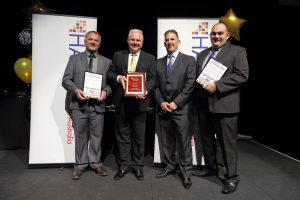 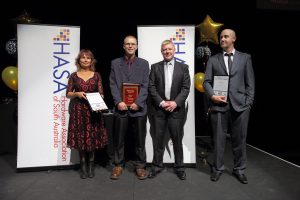 Supplier of the Year – Cabot’s

“The quality of the three finalists was outstanding and any one of them would have been worthy winners,” according to Mr Evins said. 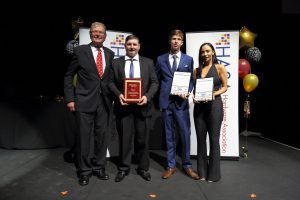 Another prestigious award which was presented on the night was the Bevan McDonald Award, which is the most prestigious award of the Hardware Association of SA was presented to Rod Evins, for his services to the SA hardware industry for nearly 40 years. Mr Evins has also been a member of the Hardware Association of SA executive committee for over 20 years and was president for 12 years.

The South Australian Hardware Industry again supported, Make-A-Wish Australia, through a range of silent auctions and fund raising activities during the evening and raised $3,176 for the foundation.

“Ongoing support of this charity is a great way for the industry to contribute back to the community and ultimately our consumers. We are most appreciative of the support from the members of the industry for both Make-a-Wish as well as sponsoring the evening,” Awards Committee Chair, Lyn Woodruff said.

Over the years the Hardware Association of SA has raised over $75,000 for Make-A-Wish.