The Hardware Association of SA recognised excellence within the industry at its Gala Awards Night, held at the Adelaide Entertainment Centre on Saturday November 7.

Mr Stewart also said, “hardware is an integral part of the retail and building industries. While trading has been difficult over the past year, the industry is resilient and continues to offer quality services and products to the South Australian consumers.”

Adelaide Brighton Cement was also a substantial supporter on the night, as Platinum sponsor. 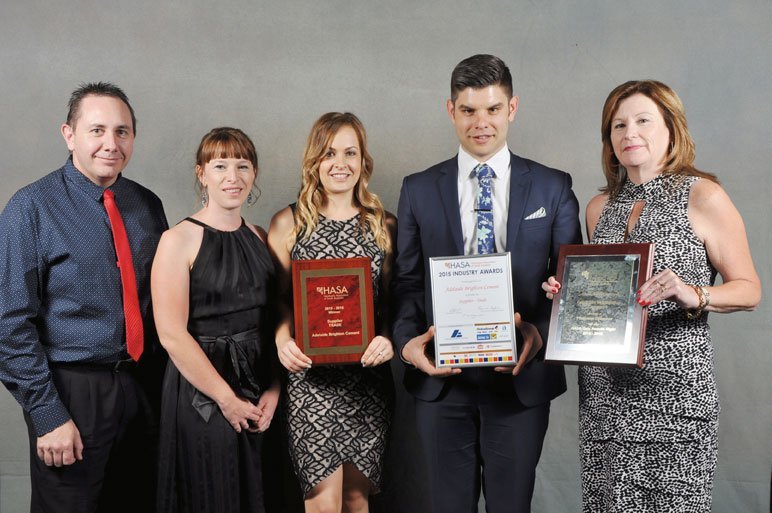 Prestigious industry awards presented
Nominations had been received from retail hardware stores from all corners of the state and metropolitan Adelaide, before the awards night was held.

Supporting ‘Make a Wish’
The hardware industry also supported the ‘Make a Wish Foundation’ through a range of silent auctions and fund raising activities during the evening and raised $4,100.00.

“Ongoing support of this charity is a great way for the industry to contribute back to the community and ultimately our consumers. We are most appreciative of the support from the members of the industry for their support of ‘Make a Wish’, as well as sponsoring the evening,” Mrs Woodruff said.

Over the years the Hardware Association of SA has raised over $70,000 for ‘Make a Wish’.

Over the last 15 years Lawrie has operated his own business and he acts as a facilitator for two companies from India and China. Over that 45 year period Lawrie has been an active member of the South Australian Hardware industry with the businesses being financial members and also a sponsor for many of the industry events.

In the mid to late 1990’s Lawrie took an active role by fulfilling a number of volunteer roles with the Hardware Association of SA.

While in semi-retirement Lawrie is still an active member of the HASA Suppliers Forum and is also a mentor to many of the new company representatives that have passed through the forum over the past ten years.

The Hardware Association of SA would like to recognise the contribution that Lawrie Lewis has made to both the South Australian Hardware Industry and the Association over a long period of time.