HBT’s combined business workshops and tradeshow was recently held at Melbourne’s Etihad Stadium, from Oct 19 to 20, with delegates enjoying several workshops, a bumper tradeshow and an update on the group’s achievements over the last six months.

The business workshops and trade show came six months after HBT’s 2017 National conference, which was held in Sydney in May, with HBT’s General Manager, Mike LoRicco, saying that the event gave HBT members a chance to catch up on a few things, as well as support suppliers during the trade show. With 62 suppliers, including 22 key suppliers supporting the trade show and over 150 store members attending the workshops, the two day event was a productive success.

Group update
Mike proudly announced that the HBT group now stands at 670 member stores, which is a growth of 29 stores since May this year.

“That is a lot of growth. I think this shows tremendous growth and strength in our group and I can only see us getting bigger. In 2014 we were sitting at around 240 stores and to be at 670 today is amazing. Victoria still seems to be our biggest state to date, although NSW has caught up in the most recent months.” 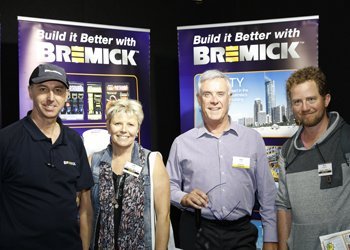 Prime directives
HBT’s prime directives were highlighted at the commencement of the two day gathering, which saw HBT pledging that it will continue to provide member stores and suppliers with the tools and support they need to survive and thrive, because family business is what makes the community stronger.

Mike reinforced that HBT will continue to have total transparency in everything it does and members will always see the full details and the applicable member rebates from all the suppliers, with the same terms outlined for suppliers.

The following pledges were also highlighted during the workshop.
“Everything is always at the member’s option. We never ever force the members to do anything, although we will suggest and encourage. We discuss and encourage but never dictate. We will always provide great value. Everything we do with the group needs to be affordable for every member and supplier. All activity also needs to be focused on providing great value for money for all concerned.”

“We work together as a team; no egos no politics. Everything we do as a group will benefit the group as a whole and nothing will ever be politicised, so there is no room for ego in this business.”

“In a nut shell we want to be indispensable to our members and to our suppliers. And we are doing this with our key suppliers; we need our members to stand behind us on this, because these are the guys that are going to make us stronger and give us the advantage against our competitors going forward,” Mike said.

Six month overview
When reviewing industry activity in the past six months, Mike thanked the executive team who continued to make the big decisions for the group.

“They (the executive team) take a lot of time out of their businesses to make sure your businesses grow stronger. The H committee is also a newly formed committee that works on any H related issues, whether it be membership or catalogues, advertising or anything involved with growing the group,” he said.

“When looking at a quick snapshot of what has happened since our main conference this year, we know there has been a lot of change in the industry and its going to affect us even more so as time goes on. Masters came and went and we all had a gut feeling that something like that was going to happen.”

“Masters took on the big box and they did not survive. So we have ended up with a new group. As we know IHG bought the Home and Thrifty Link banner, so we have another change in our market. So what’s going to happen as we go forward from that? The market will probably change again as we know there is nothing more permanent than change – we just don’t know when and how.” 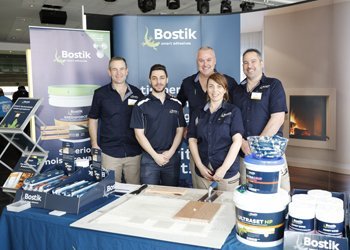 Growing supplier relationships
“What is important for the industry, with the exit of Masters, is we now have less supply chains. So suppliers have reduced supply chains and if groups align themselves with suppliers, some will be left out in the cold.”

“It is a good opportunity for us to grow our relationships with our suppliers, and what is really important is that our suppliers get supported by our members because these are the ones that are putting extra effort in to support our stores,” Mike said.

In the next 12 months HBT’s goal is to focus on suppliers who are genuinely passionate about supporting the truly independent stores in the market place.

In regards to key supplier support, Mike said HBT has put more of a focus on suppliers, so they are more beneficial, which means completing store visits, representing each member and providing warehouse nationally; all aspects that need to be considered before they become a key supplier.

“Whilst we have no set rules, in many cases our major key suppliers tend to be second and third tier suppliers within their respective categories. We really work well with these suppliers, like Haymes, who enjoy 50 per cent share or our paint sales,” Mike said.

Store visits and website upgrades
After visiting over 100 stores in the last eight months, Mike said he believes it is imperative that he speaks with members and understands what the issues facing members are.

“Due to my background, I feel I am able to help most members with improving many areas of their business including margin management or store layout.” 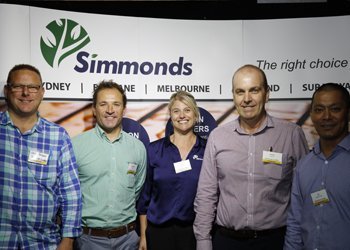 Industrial and Tool Traders (ITT) overview
Gavin Keane presented an update on the ITT group on day one of the workshops, reminding members just how far the ITT group has come since its instigation.

“ITT was started by accident just over four years ago, and in that time our group has gone from zero to 162 stores across Australia. It certainly has been a steep learning curve understanding that side of the business, which does have some commonalities with hardware, but also differences. Quite a number of ITT suppliers are not necessarily well known within the general hardware sector and this has opened up opportunities to all members from these suppliers,” Gavin said.

“One thing we manage to do very well is our support to third and fourth tier suppliers that wish to support HBT. We really do well with those suppliers who are passionate about independents and who work closely with us.”

“One of my favourite supplier stories is Soudal, who came to Australia roughly five years ago. At that time we were having pricing issues with one of our major suppliers in that category and decided to back Soudal, who has grown to number one supplier in the category. Again this is another great example of HBT supporting a supplier who wants to support and grow with us.”

Gavin pointed out that the hardware industry is already seeing some supplier rationalisation and this is expected to continue into the future.

“There will be casualties but no one really knows who.”

“From the perspective of independents, we do need a viable and diversified supplier selection. So it is important to us strategically, to support suppliers, that make sense to us and we make sense to them. I don’t think we do a bad job of that by the way,” he said.

“It has been a really big year for H Hardware and we are currently sitting at 27 fully bannered stores, which are in full operation. There’s another 12 in transition. So, we are sitting now at 39. My goal was to hit 40 by the end of this year so I am confident we will make it,” Steve said.

In regards to branded products, Steve said there are currently eight branded products that have been introduced into the group and he said so far, the products have had a very good success rate.

“When introducing the branded products such as the H paints, H adhesives and H measuring tape, we are very selective of the suppliers we choose and all winning submissions must meet very thorough criteria. H Hardware remains a huge focus for the group and one thing I will guarantee with H Hardware is that it will keep evolving,” he said.

Educational workshops
The second day of the business workshops saw VTH Chief Executive Officer, Justin Newman, explain to members why it is so imperative for them to investigate transitioning to an Omni channel environment (See page 30 for more information).

Andy Gowers, from Succession Plus Australia, highlighted the importance of planning for retirement, selling a business, or training family members to take over the business in the future, and revealed key points on the best ways to plan for the future.

Concluding workshops included presentations from AB Phillips, on how HBT members can grow their business and live their lives, as well as presentations from Detail Retail, who detailed how they can provide affordable, customised retail fixtures to members.