Melbourne turned on some beautiful autumn weather for the Hardware & Building Traders 2015 National Conference and the mood was upbeat and one of excitement as members celebrated exceptional growth in recent years. 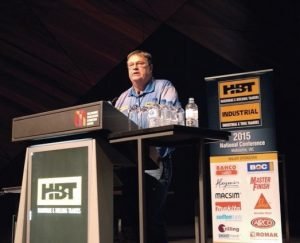 On the first day of the conference (April 30) Group Manager Tim Starkey, reported in his opening address that membership growth over the past two years had been spectacular.
“Not only has HBT’s membership growth been exceptional, but in terms of membership numbers in the industrial, fasteners, tool welding space, we are now the largest group in the country, with Industrial and Tool Traders (ITT) accounting for around 20 per cent of the total HBT business,” Mr Starkey said during his inspiring address.
“During the December quarter for 2014, our purchases were up 21 per cent from the December quarter the year before, which means that over the entire calendar year of 2014, business was up 15 per cent, of the calendar 2013. Rebates were also up 37 per cent, which is a reflection of the tool guys coming on board, with their average rebate higher because of the nature of the suppliers they’re dealing with. We also experienced an 11.5 per cent net growth, which we are delighted with,” Mr Starkey said.
Membership continues to grow steadily, with Mr Starkey reporting the group has grown to not only 506 members, but 401 suppliers and he believes there are still a lot of opportunities for the group to grow.
“We have always tried to do things differently to other players at HBT, for a whole bunch of reasons. We genuinely have an attitude that suppliers are also partners in the business. We do not try to run these conferences as a profit centre, we don’t run national catalogues as a profit centre, we don’t run overseas junkets and we try to deliver value at each stage of the equation, to both suppliers and members while also remaining completely transparent on our trading terms and how we operate. And we value these principals very highly,” Mr Starkey said.

Rapid industry change
Mr Starkey said that for those who have been in the industry for a while, they would agree there has been incredible change in the industry in the last five to ten years.
“There has been an extraordinary pace of change across all facets of the industry we operate in and I think this will continue for some time to come,” he said.
“I have come up with three fundamental aspects, from the macro to the micro, which is driving some of the change that we are seeing. At the highest macro level is the corporatisation of society, whether it is government services, privatisation of infrastructure and the corporatisation of private businesses. There are a number of generations now who are moving away from the sole trader of the family business to the large corporate organisation. It’s almost a phase in the development of capitalism. While there are benefits to this, there are also costs,” he said.
“The second tier is the rationalisation of our industry. These large players have come onto the scene and established a place for themselves, and depending on what figures you use to represent our industry – we see those large players trying to gobble up the smaller players. And this trend will continue.”
“The third element, which is at the most micro level, is the whole issue of the baby boomers. Baby boomers have built the modern retail experience. They’re now exiting the stage and they’re taking with it their capital and their expertise and work ethic. Some may be replaced by the next generation but an awful lot won’t be,” Mr Starkey said.

Corporatisation of retail
When looking at the grocery industry, in the past independent grocers were destroyed by corporatisation of retail, while independent liquor and fuel retailers were eliminated and no doubt this is a trend that will be repeated in other industries, Mr Starkey said.
“Our head office is in Batemans Bay on the south coast of NSW and is a town of 16,000 and I remember when K-Mart came to town 10 years ago. A small hardware shop closed, a toy shop closed, fishing and tackle shop closed and some clothing stores in town, within an incredibly short time of K-Mart opening.” 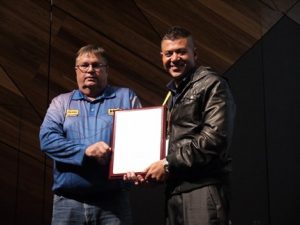 “Yes you can say consumers gained from it because of the lower prices and wider range. Those arguments are all there to be made. But at the same time those businesses that disappeared took with them all the benefits to the communities that their profits and operations brought. They were no longer purchasing the cars, computers, printing and stationery locally anymore. It’s much easier to see this in the regional community that I live in because it’s so evident, but I don’t think it’s any less true in metropolitan areas,” he said.
Mr Starkey went on to explain ‘The Walmart effect’, a 2006 academic study which reported that US counties that had a Walmart built within the county, just before 1989, had higher poverty rates than those that were Walmart free. 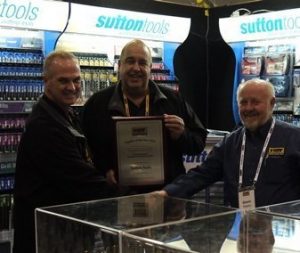 “I can’t prove that this is happening in our country but I would be prepared to make a good bet that it is true. And what’s with all the dumb mayors? So the local newspaper runs the news report that a big box retailer is being built and the Lord Mayor says this will create 62 construction jobs and 200 new retailer jobs. Not true for two reasons. Usually the staffing levels of the box boxes are excessive when they first open and a lot of those jobs disappear and the Mayors haven’t accounted for all of the local businesses that close,” he said.
“In my mind hardware building products, tools, fasteners and timber are not groceries because they take skill, knowledge and relationships to sell them. If you are a business that services trade, this is another advantage, because you get leverage out of the fact that your customers have a bunch of expensive tradesmen on site, that they are paying X amount of dollars for and they have to get the right product at the right time or it costs them real money.”
“That leverage is very powerful for you and gives you some protection against the incredibly difficult strategy that some of the box boxes employ over various building products at different times,” Mr Starkey said.

Viable future for independents
Mr Starkey agreed that because of the baby boomers retiring, increased competition, and the vast number of stores that are continuing to be built, there will be a reduction in independents within the Australian hardware industry.
However, there will always be a promising and viable future for well run independents, without question, he said.
“It just means that years from now there won’t be any bad hardware stores in Australia. It also means that if you drive around America and do a few thousand miles, every town you go into still has an independent lumberyard or an independent building supply yard with hardware. Remember they are the people that do what I am talking about and they have survived the whole rationalisation of their industry 20 years ago,” Mr Starkey said.
“The thing you have to get your head around with HBT is that it is not just a job. What gets me up in the morning is the 99 per cent of people that we work with who are really great people, just trying to make a buck and look after their families and employees. And if we at HBT can help you to do this a little bit better, that’s a pretty good reason to get up every day and I really see what we are doing as being a bit of a mission. And I mean that from my heart,” he said.

Inspirational speakers
The remainder of the morning saw an inspirational line up of speakers, who spoke to delegates about their incredible achievements in the face of some seemingly impossible challenges. 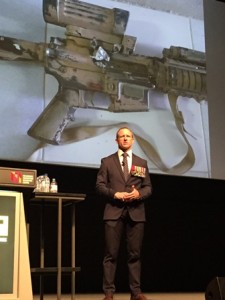 Australia’s first Victoria Cross recipient in 40 years, Corporal Mark Donaldson, conducted a riveting presentation not only on the battle in Afghanistan, which led him to being awarded a Victorian Cross in 2009, but also his troubled life before the army, where he lost both his father and his mother at a young age. He rose from being a troubled teenager, from country NSW, to winning the highest award for acts of bravery in wartime, after saving the life of a coalition force interpreter and ensuring the safety of the other members of the combined Afghan, US and Australian force, under heavy enemy fire.

Carmen’s founder
Carolyn Creswell
Carolyn Creswell purchased a tiny muesli business for $1000, just over 22 years ago and has since grown it to become the number one selling muesli and bar brand on the Australian supermarket shelves, which exports to 32 countries.
Creswell has had no formal business mentoring or coaching, nor has she undertaken any business studies. She has learned on-the-job and believes that because she has run the business by herself, she can easily empathise with her staff when it comes to their roles in the business and the hurdles they may be experiencing.
Her presentation reassured delegates that through hard work and perserverence, the seemingly impossible can be achieved.
Her approach to running this business has been highly recognised, particularly as the 2012 Telstra Business Women of the Year and a number of prestigious awards recognising her achievements.

Bumper trade show
On the final day of the conference (May 1) a bumper trade show was held at the Melbourne Exhibition Centre that saw over 143 exhibitors bring together this year’s show, up from 110 last year and 165 stands in total. Run for longer than years gone by, the trade show included many specials offered to members throughout the day. There were also 11 major sponsors contributing to the conference with only one sponsor nominated for each category. 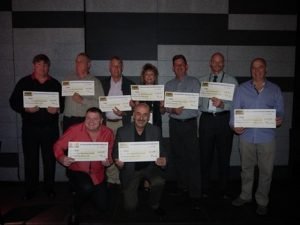 Awards night
The HBT Gala dinner was also held on the final night of the conference at Peninsula Central Pier, Docklands.
The 2015 HBT Store of the Year recipients were announced with the award going to The Midland Timber Co, received by Jodie Maringoni and Dean Maringoni.
HBT’s extremely popular supplier support program winners were also announced on the night with over $90k in prizes awarded at random to nine lucky winners.