Over three days and nights, the group’s independent members, company-owned stores and suppliers lived its theme ‘Dare To Do More’ and achieved a number of record outcomes including:

Home Timber & Hardware Group general manager James Aylen said the positive results of the conference were a testament to the passion and dedication of the group’s independent retailers and to the suppliers who have shown continued loyalty and commitment to HTHG.

“There has been a great deal of change for the Home Timber & Hardware Group recently but these results just go to show the strength and unity of our group. It’s all about delivering rewards for our members and for our suppliers, and over $5million in sales in what is a tough market, not to mention a significant degree of uncertainty in our business, is just a sensational result and more gratifying than anything else we achieved at the event,” Mr Aylen said.

The conference also provided a platform for Mr Aylen to lead an open discussion at the plenary session on the final day of the conference, to answer questions directly from the floor and reaffirm the group’s commitment to support its members and suppliers. The best performing stores and suppliers were also recognised by the national hardware group, with a total of 35 awards presented.

“A significant proportion of our stores continue to raise the bar in retail excellence; however, these particular businesses have gone that extra mile. We are exceptionally proud to have the winners as part of our group and proud of the dedication they have shown to HTH.”

“These store owners have worked incredibly hard to provide a superior offer for local customers and we look forward to seeing the business continue to prosper with HTHG in the years ahead,” Mr Aylen said.

Recognising the value of its extensive supplier base, the contribution of key vendors was also recognised with a range of award categories presented.

The event was also used as a platform to announce that Home Timber & Hardware had been crowned the ‘Hardware Store of the Year’ for a third time in four years, at the recent Roy Morgan 2015 Customer Satisfaction Awards. Satisfaction ratings are collected from Roy Morgan’s Single Source survey of approximately 50,000 Australians annually – the world’s largest ongoing single source survey – with customers asked to rate their shopping experiences with individual brands across a range of sectors. Based on 12 months of data, Home Timber & Hardware’s customer satisfaction rated ahead of other leading hardware brands. 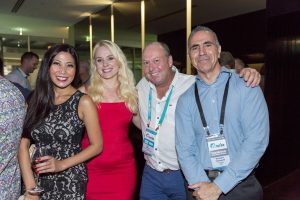 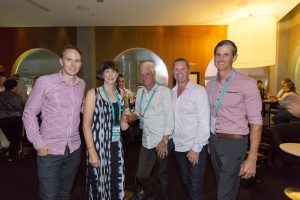 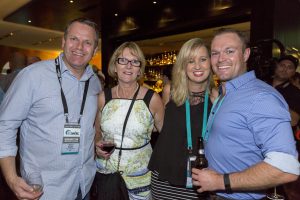 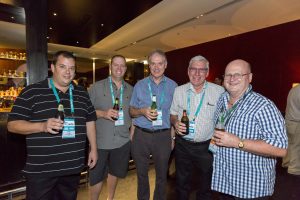 2016 National Supplier of the Year – Bremick