The Australian Hardware Journal recently interviewed four leading hardware group members for an inside look at what has been happening within the industry, and what growth and change is expected in the year to come.

“There’s still a boom right across the housing sector. This has had a big influence, and we have also grown in the size of our business with two new stores opening over the past 18 months,” Mr Rolls said.

Mr Rolls believes that this will further encourage the growth of sales, which he said are above the industry norm.

Though the closure of Masters has certainly stirred the industry, Mr Rolls does not believe that it will negatively impact sales for the store, particularly considering that Masters largely caters to a retail market, and the Windsor store deals predominantly with tradespeople.

The greatest change that the store has experienced over the past 12 months has been the purchase of Home Hardware by Metcash, and the joining of the groups.

“What effects will that have? We don’t know yet, that’s still to be seen. It will be a few months before we do,” he said.

According to Mr Rolls, the store has been focusing on providing a greater offering in various departments, with tools being one area in which sales have increased exponentially. The biggest growth area that the store has seen over the past year has been in timber and building supplies, which Mr Rolls said is in line with the market.

“There’s a lot of that kind of work out there at the moment, and inherently they need a lot of products. General hardware and retail products are still strong, but nowhere near the growth of the building supplies area,” he said.

Brett’s Home Timber & Hardware is looking at opening multiple stores and venturing into new areas in the new year, particularly where it currently has little reach.

“We have definitely got more stores opening in the next couple of months and will hopefully have another one opening at the same time. Then we need to take advantage of our increased footprint,” he said. 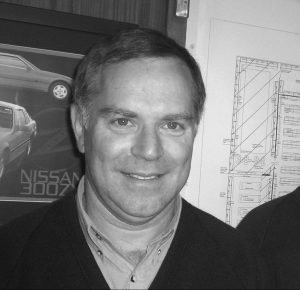 The past year has been up and down for G. Gay & Co Mitre 10. Owner, David Gay, recently reported that 2016 saw a strong start over the Christmas and Easter period, with business growing in the early months of the year. Unfortunately, the poor weather in Ballarat over winter made for a slow few months to follow.

“We had an extremely wet, cold, windy and miserable three months. It was very wet out on the building sites and there’s not much point doing slabs, roofs and brick laying when it is howling rain, so that slowed us down. We had a very quiet July, August and September,” Mr Gay said.

With the weather easing, Mr Gay reported that business has picked back up and the foot traffic the store has had throughout the year is finally translating to sales.

“We’re really very busy now, and hopefully will be right through Christmas and into next year as well,” he said.

Mr Gay said that it has certainly been a year of change within the hardware industry, with the closure of Masters and joining of HTHG and Mitre 10. While his business is 75 per cent trade, he said that the 25 per cent of business that is retail will no doubt be affected by the Masters’ closure, considering that the closest Masters is only two kilometres away.

“Masters has already had some effect over the last few months since they announced the closure. People are going down to see what they can pick up cheaply and everything that they have sold is stuff that we could have potentially sold,” he said.

On the positive side, Mr Gay expects that when the doors are permanently shut in the near future, customers may turn an eye to his store – which is undergoing major change itself.

“The merger of the Mitre 10 and Home Hardware groups is going to be a great thing. It is basically doubling the size of the group, and having all those independent stores in one strong group is going to make us much more competitive and enable us to get much better deals from the major suppliers we deal with, just because of the sheer buying power.”

He said that he is looking forward to passing on those savings to his customers, and hopefully reinforcing relationships with even better pricing.

The team at G. Gay & Co Mitre 10 is always looking for new opportunities, and the biggest opportunity for 2017 is expected to come from a residential expansion in Ballarat.

“The store is in a very strong growth area. There are a lot of domestic dwellings going up in the area, which has previously been industrial. We think it is an ideal opportunity as we will be the new residents’ nearest point of contact, and that should hold us in good stead,” Mr Gay explained.

To make the most of this, the Ballarat store is scheduled for a complete refit – the first it has had in over 10 years.

“We’re looking at increasing the size of the store and relaying all our internal fittings. The hardware shop will get a full overhaul and be brought up to 2017 standards,” he said. 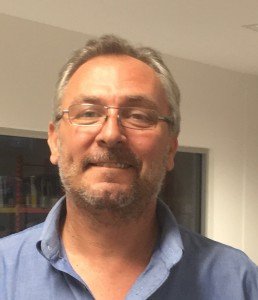 Business has been mixed for the five HBT stores that Phill Spencer oversees. While there has been good growth in some sectors, other areas have been tighter. Much of this has to do with the area in which a store is located; and with stores in Darwin, Katherine, Alice Springs, Cairns and Warwick, there are a number of variables to consider, including residential growth, weather and trades.

“Some sectors are struggling, especially in the top end of the Northern Territory where there is very little major work going on. Some areas are really doing fantastic, and we have seen incredible growth. Other areas we have seen slight decline as the market becomes a bit flat,” Mr Spencer explained.

While there is constantly change in the industry, none of the major industry changes of the past year have had a big impact on these five stories, including the closure of Masters.

“The locations where we are at, Masters were not a big part of those markets so we did not see any improvement, decline or really any change at all. The only change we have seen is throughout parts of the Northern Territory where the building industry has been in decline over the past 12 months. That being said, we have seen great growth in this area through Alice Springs and Katherine,” he said.

Growing into the future

With so many categories in the HBT stores, Mr Spencer said it can be hard to pinpoint which sectors are growing unless growth is considerable; however, he has noticed some big movements in Queensland.

“In Queensland we have seen a fair bit of growth in home improvement and commercial building as well. There’s big growth there,” he said.

In 2017, the Mr Spencer plans to continue with expansion programs to look at new markets available throughout Australia. He would also like to see increased growth in regional areas. 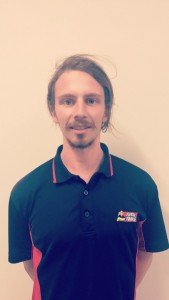 It has been a whirlwind year for the team at Total Tools Londsale, according to a member of the store’s management team, Nick Atkinson.

Having recently moved into a new building, business has been at a record high.

“Ever since doing that (moving buildings), there has been no turning back. We have been all guns blazing. The last year has been hectic, but at the same time the growth has been unbelievable, and that comes down to our amazing customer base,” Mr Atkinson said.

With the area booming in South Australia, and particularly its southern suburbs, the team at Total Tools Lonsdale has been working hard to ensure its customer service has been up to “A grade standards”.

“That’s what we care about here – making sure we are delivering amazing service, and it seems to be paying off,” Mr Atkinson said.

According to Mr Atkinson, carpentry is particularly big in the area around the store. While this has been the case for some time, there has also been significant growth in other areas.

“In general, the carpentry side of business and building in general is big, and growing. There has been big growth in power tools and technology too. The technological advances that we have had have been amazing, and ever since moving into a new building we have been able to display things better and have seen big general growth,” he said.

With residential expansion, and lots of new builds going on, sales have been high, he said.

When talking on the closure of Masters, Mr Atkinson said he does not expect it to have a large impact on the Total Tools Lonsdale store, and his team will continue providing excellent service to stand themselves apart from the big box stores.

With the past year showing extraordinary growth, Mr Atkinson said there can only be more to come.

“We know that there are certain areas that we can improve on, and our goal in 2017 is to go above and beyond the amazing year we have just have. Over the past 12 months, every month that we have has been a record month for us, and we don’t plan on slowing down. We plan to have an even bigger presence in the market, and advertising will be a key focus,” he said.