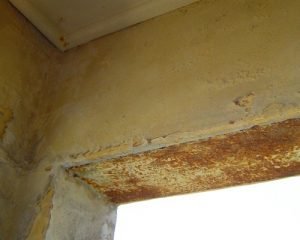 Australian Building Products have long been the corner-stone of a respected service to support the national building industry, however recently the balance of community interests and commercial endeavour has become clouded and replaced by a concentration on volume and low product cost, rather than undiminished value to the ultimate building owner and the community, according to NEPEAN Building & Infrastructure.

“This predicament applies not only to building products in general but to galvanised steel lintels which have seen an influx of imported steel product that lacks compliance and conformity to Australian Standards and the Building Code of Australia (BCA),” according to the company.
Principle matters of concern highlighted in the inquiry included:

• Widespread disregard for the Building Code and its referenced engineering practice and standards.
• Neglect of the use of standards first noted in private buildings is now increasingly in public works.
• Premature in-service failures of non-conforming products.
• Reported reluctance on the part of insurers to pay-out on claims.
• Failure to find a responsible authority for enforcement and final certification.
• Inconsistencies in product quality relating to the grade of steel used and coating thickness on galvanised steel lintels.

NEPEAN Building & Infrastructure also noted that it is important to bear in mind that steel built into masonry, such as lintels, serves several purposes but in particular provides reinforcing, which is self-evidently necessary to ensure the integrity of the entire building structure.
The most common deficiencies of non-compliant galvanised steel lintels include:

• Failure to meet those suppliers’ published engineering load tables.
• Lack of the required manufacturer’s compliance information for verification purposes.
• Availability of the required manufacturing data, either minimum sampling and testing records or a product certification scheme as a record of Acceptable Quality Level (AQL) production. This certification is required by the relevant Australian Standards. 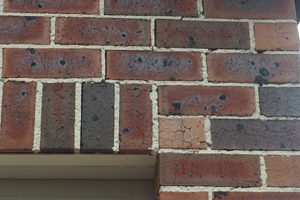 Galintel® General Manager, Robert Watters said the complete Galintel® range is manufactured and tested to meet Australian Standards and is compliant with the Building Code of Australia.

“As a result, we warrant our products for 25-years. Others may claim similar performance but, as the only local manufacturer of galvanised steel lintels, we know the necessary testing has been done to enable us to present load tables that meet standards and compliance,” Mr Watters said.

80 years in the making

MAPEI recently celebrated its 80th anniversary, after having manufactured chemical products for the construction industry since 1937. Boasting a long, proud history that has always been closely connected to its capacity for ground-breaking research and innovation, MAPEI believes the inherent quality and innovation of its products and technology, ensure it is the ideal partner for architects, builders, designers, contractors and clients operating on prestigious, eco-sustainable projects and sites worldwide.

“MAPEI is fully committed to working and operating with the utmost respect for ethics, health, safety and social and environmental responsibility. Its emphasis has always been on innovation as a means of developing products, so that they meet their clients’ requirements and at the same time, respect the needs of the environment,” MAPEI recently reported.

MAPEI manufacture over 5000 products across 16 product lines, which include: adhesives, sealants, special grouts, waterproofing membranes, admixtures for concrete, levelling compounds and bonding primers. Aimed specifically at the needs and evolution of the market, MAPEI products combine with integrated systems that offer clients the most specific and advanced solutions in the building industry, according to the company.

“MAPEI also offers technical product training courses all around the world as they believe these courses play an important role for contractors to perfect application techniques and present the latest product developments in the building industry,” the company reported.

The MAPEI Group is made up of 70 production plants in five continents, across 32 countries and incredibly ship more than 25,000 tonnes of product each day. MAPEI also invest five per cent of its annual turnover into its 18 research and development laboratories where 12 per cent of MAPEI staff are employed. MAPEI’s research scientists work within a global network with the Corporate Research Centre in Milan acting as a central analysis laboratory and central hub to coordinate the activities of the other 17 laboratories.

MAPEI also recently built a new manufacturing plant and premises at Wacol in Brisbane, which is further enhancing its production output, keeping in line with incredible sales growth. The new plant boasts a modern laboratory, product testing facilities, sales offices, warehousing and a colour-mapping facility for sports flooring products. MAPEI Australia also has offices and warehouses in Sydney, Melbourne and Adelaide and Technical Sales staff in North Queensland and Perth.

MAPEI was an official partner of the event, welcoming over 500 customers to its VIP Hospitality venue in Geelong – just metres from the start/finish line and overlooking Corio Bay.

In addition to the hospitality suite at the Novotel, MAPEI also organised a 10 metre x 5 metre marquee in the gardens on the Geelong waterfront for spectators to visit. “We setup a freestanding three metre high cut-out of previous Mapei cyclists, cut holes where their faces should have been, blacked out the wheels and provided happy sacks and velcro wrapped balls for spectators to throw the balls through the holes to win a prize. Smaller kids used the velcro wrapped balls to try to get them to stick to the carpeted wheels of the cyclists’ bikes. MAPEI’s link with cycling began in 1993 when the company revolutionised professional cycling by sponsoring and developing a team that was UCI ranked number one, eight times in their 10 year history.

Cadel Evans joined the MAPEI team back in 2002 and continued to train at the MAPEI Sports Centre in Italy under the guidance of MAPEI’s Sports Professor Aldo Sassi – a man who helped Cadel make the transition from mountain biker to grand tourer.

After Aldo Sassi’s death in 2010, Cadel continued training at the MAPEI Sports Centre under the eye of Aldo’s protégé, Andrea Morelli. After winning the Tour de France in 2011, Evans dedicated his victory to the late Aldo Sassi. MAPEI continued its sponsorship of major cycling events, including the prestigious UCI Road World Championships, which is held in a different country each year. MAPEI Australia hosted this event in Geelong when it came to Australia for the first time in 2010. 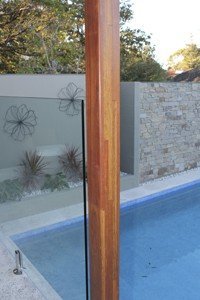 The future is looking positive for Simmonds Lumber Group, after it recently reported its internal structure changes are in place.

Just some of Simmonds’ plans for the future include continuing to work in conjunction with Carter Holt Harvey and AKD Soft woods, where Simmonds are leading distributors for its Untreated T2 Blue & H2 framing range, which is sourced from Australian Pine Plantations.

Since becoming the number one sales arm for Parkside in all spotted gum products, which are all ACQ treated, Simmonds Lumber is also pleased to be showcasing its newest product, Spotted Gum Laminated GL18 Posts.

“Merbau is an excellent choice for external and internal exposed applications. DNA Lumber® is a quality product, with Simmonds employing full time graders at the sawmill to ensure a high level of product quality in every pack. Simmonds Queensland will join Simmonds New South Wales by making the switch from raw finger jointed untreated mouldings to primed finger jointed mouldings from early March. With a two coat Jesso and one coat acrylic finish, sanded smooth and white primed, the product is also sourced from renewable forests to eliminate the problems of raised grain in Radiata,” a company spokesperson said.

The past 12 months has certainly been a challenge for Simmonds, with volatile pricing, strong market competition and pressure on margin like never before.

“One thing that we can be certain about is that this market will continue to change, channels to market will shorten and supply will become more critical as the value proposition for the wholesalers gets tighter and tighter. Smaller blocks will allow the number of houses being built to remain high, while a resurgence in renovations will help our company with niche products. But in the end, it is a tough market and we are ready to deal with all and any competition, as we have for many years in the past,” the spokesperson said.

For now, Simmonds will continue to ensure it brings to the table the best people in the industry, an extensive range of products, along with a high service level from deliveries to communication with customers and suppliers.