It is just a matter of time before the internet sweeps into the world of power tools. JOHN POWER examines digital innovations, as well as some other exciting prospects, that will influence the power tool category in 2016 and in years to come. 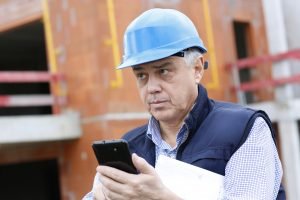 n regard
ed as private, ‘personal’ items, never to be borrowed or lent; this professional possessiveness, one might argue, is based on the fact that every tool has its own character and behaviour, as defined by fixed settings, and it takes skill to learn your way around these specific parameters.

All of that is changing with R&D relating to internet-based tool management platforms, which have been inspiring a great deal of discussion over the past six months.

The internet’s power as a decentralised, interconnected information/control hub has already been recognised by leading power tool manufacturers like Milwaukee, who have developed Bluetooth-enabled power tools and related software for smartphone programming and control functions. The company’s recently announced One-Key digital platform (www.milwaukeetool.com/one-key), for instance, is attracting a lot of attention in the US.

Internet-controlled power tools, though some way from mainstream production, are certain to make waves when they do arrive – and dealers and suppliers should not be dismissive of this new technology when it hits our shores.

Unlike some internet-connected gadgets (I still don’t get ‘connected’ fridges!) there are at least four obvious applications for internet-controlled power tools: (1) reprogram the settings of one or more (compatible) power tools using a smartphone or similar mobile device; (2) create a personalised inventory management system of your power tools; (3) create a constantly updated ‘tool reporting’ database, containing diagnostic information about the useage, performance and status of individual tools; and (4) enhance security by tracking or disabling power tools remotely.

The primary ‘in the field’ appeal of these ‘connected’ tools, one might assume, will be the ability to reprogram tool settings, such as nominating precise torque and speed configurations and ranges on drills or impact drivers to suit specific applications.

The ability to set your own speed and torque settings – whether for one project or for ongoing convenience – is sure to be a popular innovation, particularly in relation to jobs involving fine tolerances or heavy repetition. For instance, a worker who is devoting an entire day to fastening one kind of material (such as plywood, for example) to a consistent substrate (let’s say pine framing) would definitely value the convenience of a tool set to deliver a consistent finish and perfect fastener head depth all day long. Naturally, the occasional knot or imperfection might necessitate a slightly beefier torque setting from time to time, so the user might opt to include several ‘slightly’ higher and lower torque settings either side of the ideal setting (representing a clustered range at one end of the speed-torque spectrum), thereby dispensing momentarily with ‘irrelevant’ settings like high-torque, very low rpm combinations more suited to hardwood.

Now, let’s say this same power tool were allocated to a different set of tasks the next day – this time involving hardwood – then the user might input a whole new suite of high-torque settings based on the particular requirements of the new project.

Not only would this high level of customisation allow for greater productivity and comfort for the user, but it would also help establish a more regular finish, which would be a major advantage when dealing with soft-metal fasteners or delicate materials.

At this point it should be obvious that this kind of technology is complex, inevitably aimed at trade businesses with tools dispersed over multiple jobs and locations. But let’s not overlook the related information-gathering capabilities that go hand in hand with internet-based functionality.

For example, the power to instantly record tool purchase and warranty information, potentially presented on customisable spreadsheets, might be seen as ‘standard inventory management practice’, if only to facilitate insurance and warranty claims or tax depreciation records.

Similarly, a tool reporting function containing diagnostic and useage data might be of value to tradespeople wanting to compare the performance or useage of different tools over time.

There are also numerous ‘less obvious’ uses of diagnostic data, including the ability to deduce the work patterns of specific employees.

Other manufacturers have also been venturing into the world of internet connectivity in recent months. DeWalt has introduced a new line of Bluetooth-enabled batteries, which allow users to obtain diagnostic information via their smartphone – including charge levels – or receive a range of alerts about the performance or location of nominated batteries. An anti-theft feature, for example, is an alarm that sounds whenever a battery moves out of range of the operator’s smartphone.

While this range-based feature might be more of an annoyance than a blessing on sizeable worksites with large crews, a more interesting application is the ability to program batteries so they deactivate at a certain time. Touted as a ‘lending’ function to encourage friends and colleagues to return borrowed tools, a far more pertinent application of remote control capabilities might involve the tool rental market. Imagine renting out a top-end power tool, with the lender able to program the tool so it stops working at the end of the contract period… or resumes operation when the operator pays a fresh instalment. GPS functions, similarly, though not yet available on any power tools, might one day be applied to more expensive ranges as a means of tracking locations and deterring theft. Such technologies are already well established in the larger outdoor power equipment market (ride-on mowers, all-terrain vehicles, etc), and it makes sense to predict a flow-on to smaller devices.

One thing seems patently obvious: we are only at the earliest stages of development of power tool connectivity. While the above applications are based around actual tool operation and management, there is another powerful reason why manufacturers will seek greater connectivity with equipment; it’s called marketing! Privacy issues aside, a Bluetooth-enabled tool could provide manufacturers with immense marketing opportunities, including the ability to contact owners based on real-time tool useage habits, or to tailor announcements matched to individual tools (such as notification of new ranges of appropriate batteries or chargers). Furthermore, this technology might be used to encourage loyalty to one brand, as a bunch of different tools programmed to perform one kind of activity would have to be ‘compatible’.

In addition, maintenance reminders could be linked to genuine operating data instead of generalised, calendar-based cycles.

The internet is just one element of power tool innovation, of course. While the digital world powers ahead, advances in hardware technology also carry on apace. One of the most fascinating recent releases is what’s being referred to as the world’s first waterproof cordless electric power tool range, produced by Nemo Power Tools (www.nemopowertools.com). First released commercially a few years ago, these tools are now attracting significant interest in specialised industries and amongst plumbing professionals.

The natural consequence of these kinds of developments is a growing encroachment into product categories traditionally reserved for corded tools. The trend can only continue throughout 2016.

The only constant, as they say, is change!