Mitre 10 conference was Mighty Helpful for all

Mighty Helpful for all

Over three days in February, Mitre 10 announced retailer and supplier awards, detailed its forward vision and witnessed a record attendance of over 1400.

Australian Hardware Journal was delighted to receive an invitation to attend the Mitre 10 conference and expo held at the Gold Coast Convention Centre from February 10-12.

The three day gathering was significant for the Mitre “10ers” and the expo suppliers. It was an opportunity to learn about the exciting strategy destined to take Mitre 10 to the next level. 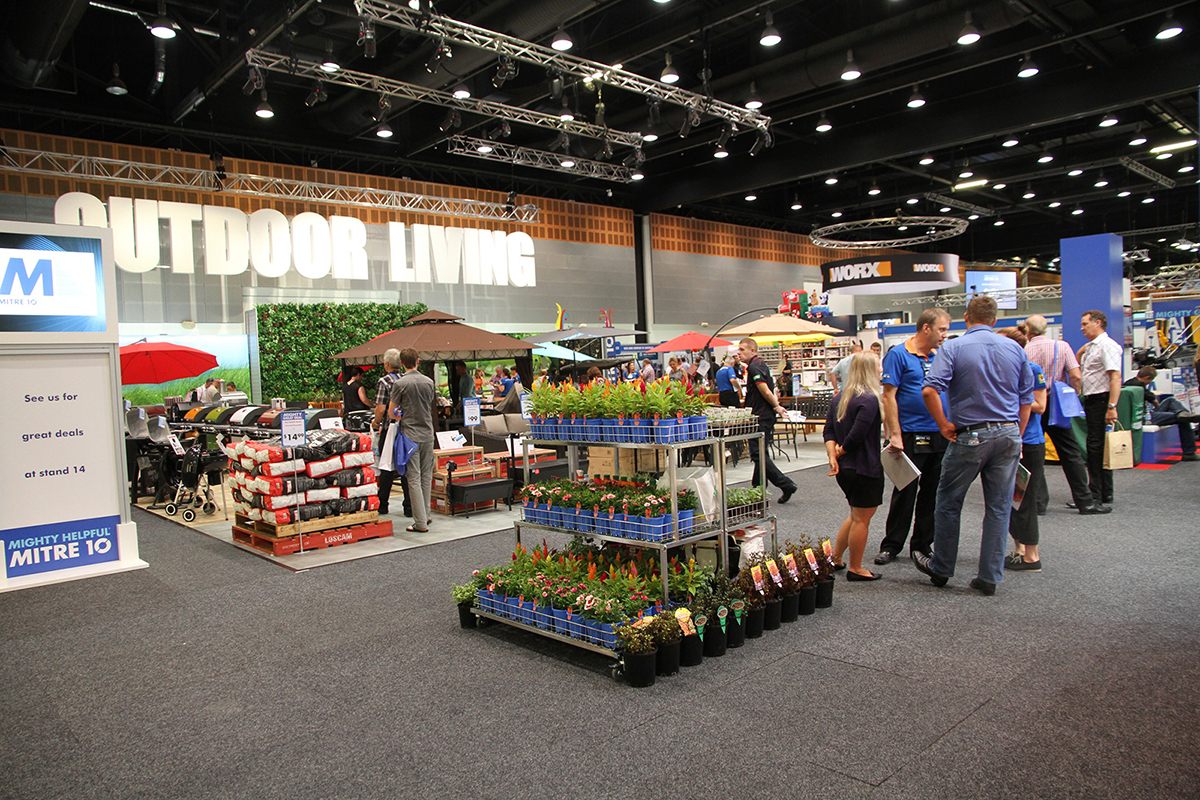 Day one was conference day. The morning session featured well known Gruen Transfer panellist and founder of The Impossible Institute, Dan Gregory who looked at how innovation in thinking can create opportunities. Amanda Stevens followed up with her own brand of advice on customer service.

However, the standout guest speaker was no doubt Ben Roberts-Smith; who is Australia’s most recent recipient of the Victoria Cross. Ben’s VC was awarded in 2010 for bravery under fire in Afghanistan. In a hushed room he detailed an actual battle scene and how it unfolded. He also generated some moments of poignant humour in among the detail.

Whilst there was a vividly descriptive narrative on how the events of a planned mission unfolded, Ben was able to seamlessly switch to pointers illustrating how the business world and indeed our personal lives can follow.

As part of the information packed day, Mitre 10 CEO, Mark Laidlaw, took to the stage to commence the Mitre 10 executive briefing. Mr Laidlaw made the comment that for the past four years, the presenters had been himself and his senior team consisting of Carl Salem, Julie Smith and Annette Walsh.

He said it was now time to bring more of the team up front, to detail their own exciting plans for their area of specialisation.

Each of the introduced team members detailed the way that Mitre 10 will, with the help of its members, drive the business forward. This included operations through merchandising and core ranging, to the focus on trade. Digital, omni channel, advertising and marketing initiatives were also detailed.

As an example, tailored television advertising for the regions was one initiative. Also mentioned was the way that each specific advertising message or campaign will have several iterations as the TVCs, website, apps and social media elements are addressed simultaneously. No small feat but essential to keep Mitre 10 members ahead or abreast of communication trends in sales and customer service.

Perhaps the highlight, to pick just one, was the video which detailed the transformation of G Gay & Co’s Sebastopol Mitre 10 store, which is the flag bearer for the important ‘Sapphire’ stores concept. This is the new store standard that will lead the way forward for committed independents. 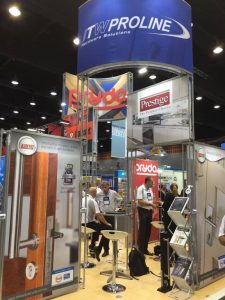 Running not far behind the ‘Sapphire’ store concept were the announcements that Mitre 10 brand ambassador, Scott Cam, is on board for another two years; plus the confirmation that the two Chinese distribution centres, run in conjunction with partner Kerry EAS logistics, were now well up and running.

These new DCs will pick and consolidate orders to specific stores and make Mitre 10 stores even more competitive.

The new Mitre 10 e-learning platform is critical to ensure stores deliver Mighty Helpful service and advice. There are almost 5000 staff registered and more suppliers are joining the large number that have already placed training material in the system.

CEO Mark Laidlaw commented on the size of this year’s event which he said was the largest held on a number of measures. The magic numbers were: over 600 store representatives in attendance, 67 per cent of bannered stores represented, 90 per cent of buying power at the conference and over 700 supplier delegates and visitors.

In a strong finish to the conference session, Mr Laidlaw said for him the three key take outs from the executive briefing were: the introduction of the Sapphire standards program, the support of a low cost trade model and an understanding of where digital could take the business.

Trade business is a vital plank in the Mitre 10 platform for future growth. Trade centres with experts in place to assist a range of trades and understand their needs is vital. It is working well in many quarters already but there is room within Mitre 10 for this segment to expand.

The gala dinner was an occasion to have fun and network. But, on the more serious side, store owners were eager to find out which of the previously announced state winners, by category, would be recognised as the best in the country.

However, two significant internal awards were also presented which keep up the Mitre 10 family tradition.

The CEO Recognition Award: This was posthumously awarded to Darren Jordison, former CEO of Sunshine Mitre 10 Group, who tragically passed away at the age of 48 last year. The award was accepted by Darren’s wife Jo and his son Mitch. Sunshine Hardware CFO Anthony Lovell reflected on the inspiration and leadership that Darren gave to the business.

The 2015 Ian Nisbet Hall of Fame: The inductee was Mal Petrie, founder of the Petrie’s Mitre 10 group, which has seven stores in central NSW. A touching homage was paid to his father by Phil Petrie, who now co-owns the business. 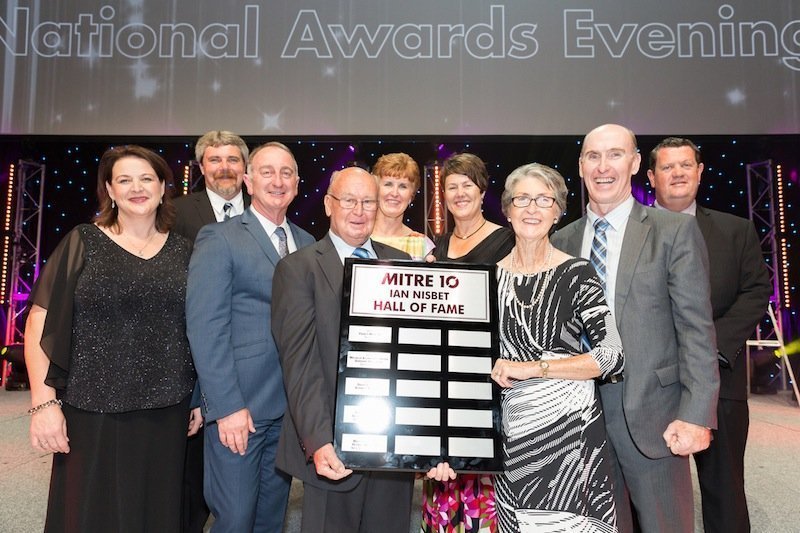 Mal Petrie’s story is inspirational partly due to the fact that as a 55 year old he took out bank finance to purchase the hardware section of the business, when former owners, the Loneragan retail family, wanted to exit their hardware business. This formed the basis of the Petrie group.

Mal Petrie, now 84 years old, was joined on stage by wife of 60 years, Carmel, and the rest of the Petrie family.

Retailer awards winners by category were:

MC for the awards night, Carl Salem, recognised the fact that supplier awards are an important part of the Mitre 10 culture. He said that “winners are recognised for partnering with Mitre 10 to achieve great commercial outcomes through sales growth, innovation and dedication to the Mitre 10 brand”.

There were four categories up for grabs plus an overall winner.

Tilling Timber only supplies trade and specialises in a range of timbers including LVL. Tilling specialises in quality timber and does not compete on price. The majority of its business is structural timber, which has to be engineered right.

Thanking Mitre 10 for its recognition with the trade award, CEO Glenn Tilling said “we’ve been in business for 52 years. We’re trade and that’s all we do. So for Mitre 10 to understand trade and the very big difference between trade and retail to support us is important”.

Mitre 10 retailers are sure of their future

Australian Hardware Journal spoke to a number of Mitre 10 members at the three day event. They were extremely confident about the future for their banner in the face of what they feel is unprecedented expansion by the big box operators and their land banks.

Yet, it is evident from the disparate group of Mitre 10 members that commented, that each of them has a strategy, and while they accept the big box stores as a fact of life, they are getting on with their own unique brand of service in their local area.

In the smaller stores, manager of store winner in the True Value Segment, Frank Russell of Smith Bros True Value Hardware Blackall, said he is winning on service to locals. Mr Russell said he does however have to contend with customers who can research Bunnings prices online.

He said that these days, customers can order online and receive delivery in the same time it takes him to get stock. So the service and personal relationships in a small town with a district population of just 1800 is critical, Mr Russell said.

Shaun Johnston, owner of medium format Mitre 10 winner at Woolgoolga in northern NSW, has a Bunnings just 25 minute’s drive away, yet is passionate about the future of his business which is fiercely competitive. He said for a small store to compete with a nearby big box store you have to be on your game. His store can meet about 90 per cent of the needs of its customers in-store, while other items can be accessed using Click and Collect.

During the conference, the importance of trade stores in the sales mix was emphasised particularly with over half of Mitre 10 owners having a trade centre. CEO Mark Laidlaw has pointed out that future success for the total Mitre 10 business lies in a strong trade offer, with tradies preferring Mitre 10 for supplies.

Trade store award winner Bayswater Timber Mitre 10, has expanded over time on seven hectares to provide a new showroom for hardware that compliments the green-life and bulk garden, while also providing building supplies that only a large yard can offer.

In South Australia, Home and Hose Mitre 10 winner of the small format store is run by Steve Mansfield. With 15 years in hardware starting as a store room clerk he was destined to own his own business. He came into the Home and Hose Sheidow Park store after working for Dulux and has been there for eight years.

Steve Mansfield said “the true secret of success is to surround yourself with people you can trust.” The store specialises in rain water tanks and also has ex-tradies in a number of specialisations. “It’s all about knowing your team and knowing the business,” he said. The store has over 1000 trade accounts and a monthly communication goes to each one.

Whilst it is inevitable that the spread of big box stores will continue, although likely at a slower pace, these Mitre 10ers and True Value Hardware cousins stand ready to fight for their share of the substantial hardware market. It is this kind of resolve that looks like translating into a one billion dollar annual turnover for the first time this fiscal year.

The winner in Mitre 10 large format category was Brennan’s Mitre 10 Dubbo. Michael Brennan is the third generation of hardware, or building supplies vendor in the family. Father Frank, who is recognised in the Mitre 10 Hall of Fame, started the business.

The Brennan’s store, which boasts a trade centre and garden centre, is one example of a big box Mitre 10 that can compete with the best the other big box retailers can dish out.

At the conclusion of the expo, Mark Laidlaw thanked exhibitors for the level of professionalism they had put into building their stands and their ongoing support of Mitre 10.

He said that over the two days of expo, Mitre 10 members were active with their order books. And from this writer’s observations, it was achieved in an environment of great spirit and camaraderie.

As the biggest ever Mitre 10 conference in terms of 1400 attendees, suppliers booths and orders concluded, Mr Laidlaw wished all a safe journey home. He is looking forward to the challenge of beating these results next year.