Trade with a difference 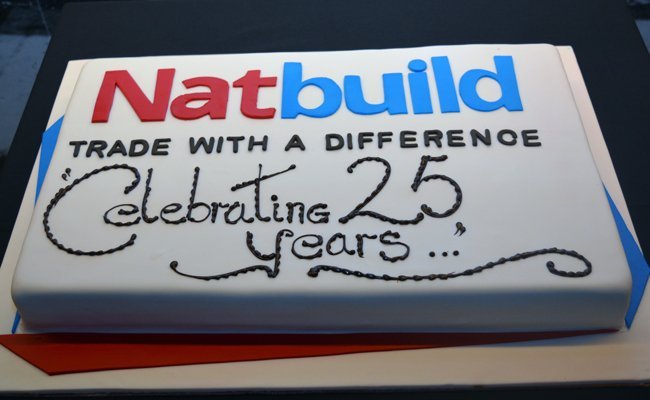 Natbuild welcomed three new members to the group during the Natbuild Conference, held at the Cairns Pullman International from October 9 to 11.

With Barwon Timber and Hardware, Agnew Building Supplies, and King Truss joining the Group, Natbuild today has 34 independent trade merchants as members, operating from over 140 outlets across Australia, a success story having reached the major milestone of 25 years.

During the two and a half day conference, the Natbuild team took members and suppliers through the collective achievements of the group over the past 12 months, highlighting and demonstrating that when the group worked together, they achieved great results.

“The 2017 financial year delivered our best results on record as a group, against a number of key measures. While the achievements have been outstanding, all understood that we must continue to focus on improving our position, seeking out opportunities together and continuing to add value in our collective role as the primary channel to the trade,” Natbuild Chief Executive Officer, Peter Way said. 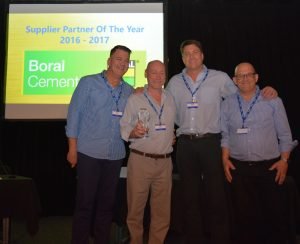 New logo launched
During the conference the new Natbuild logo and value proposition were delivered to delegates. Launching the new logo Mr Way explained, “it was time to lift the lid and boldly embrace Natbuild’s trade focused culture, demonstrating to everyone what sets us apart in the industry.”

“Natbuild’s value proposition is trade with a difference – we work together, you get results,” Mr Way said.

To support this for members, Mr Way expanded, “Natbuild is your business. We understand independents, support you, don’t compete against you, build solutions to support your business, and make profits for you, not from you.”

When addressing suppliers, Mr Way expanded, “Natbuild Members are trade. We deliver one negotiated deal, build plans to help you sell more, and own the lowest cost channel to the trade.” 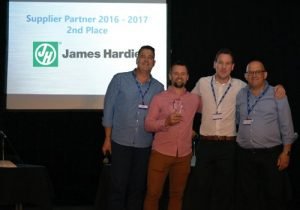 Inspiring guest speaker
A presentation by special guest speaker, Damien Thomlinson, an Australian war veteran in Afghanistan, was one of the many highlights of the conference, after he held the audience of Natbuild members and suppliers in awe, while explaining his story.

While serving in Afghanistan in April 2009 with the 2nd Commando Regiment, Damien’s life was changed forever after his unit drove over an improvised Taliban bomb. Damien suffered horrendous injuries, leading to both legs being amputated.

Damien shared how his story is one that continues to evolve as he seeks out and accepts challenges, holding himself to the five pillars drilled into him as a Commando: team not self; confidence not arrogance; ownership and accountability; toughness not fitness and integrity above all else.

Damien reinforced the message that by working in a team, holding yourself against these five pillars, highlighting integrity above all else, you will get results, and this is the key underlying message for the group. 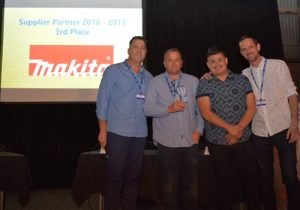 Conference highlights
Premium Partner closed sessions were run during the conference, with suppliers presenting on a number of key topics relating to their business and their relationship with Natbuild and members. These sessions were well received, with member feedback reiterating that Natbuild develops relationships which are focused on opportunities, so the best results are achieved for all concerned.

HIA Senior Economist, Geordan Murray, also provided members with an outlook on the Australian economy, as well as valuable insights into the housing, property, construction and renovation markets.

Several group social events were also held during the evenings, where members and suppliers had the opportunity to spend some quality time together. At one particular event, delegates had the opportunity to get up close and personal with a variety of Australian animals including: a black headed python, three year old saltwater crocodile, sugar glider and a bearded dragon. 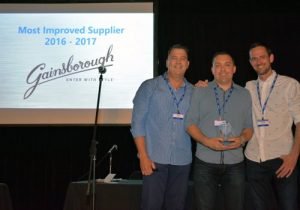 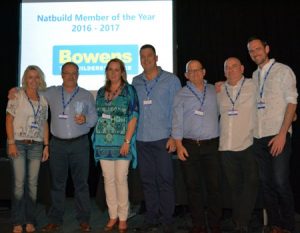 Member of the Year – Bowens

“A special thank-you to everyone who attended and made this conference such a success. The overwhelming feedback from members and suppliers post-conference, has supported the position that Natbuild is unique and this is a very good thing,” Mr Way said.