Natbuild: We Work Together, You Get Results.

Natbuild welcomed their latest member to the group during the Natbuild Conference, held at the Cordis Hotel Auckland, New Zealand from October 22 – 24. 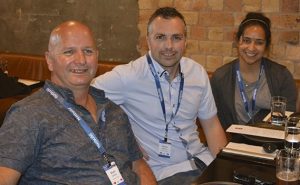 Natbuild trade members operate from 181 locations across Australia with a turnover of $2 billion in trade sales during 2017-2018.

During the conference, the Natbuild team focused on communicating the collective achievements of the group over the past 12 months, where consistent strategies have delivered continued growth for both members and suppliers.

“The 2018 financial year delivered the highest group purchases in over seven years, with growth in all core trade categories, confirming that Natbuild do trade with a difference and continue to deliver against the group’s value proposition that ‘We Work Together, You Get Results,” Natbuild Chief Executive Officer, Peter Way said. 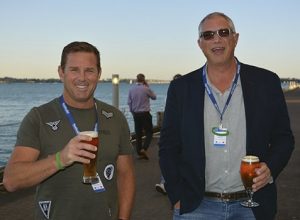 Conference highlights
Premium partner closed sessions were run throughout the conference, with suppliers presenting on a number of key topics relating to various growth strategies within their business in conjunction with Natbuild and its members.

In addition to business sessions, Natbuild members visited a construction site in Auckland’s CBD, with the visit organised by XLam. The project is an upgrade of an existing structure, transforming it from an office building into 90 luxury apartments whilst retaining the heritage façade, and is due to be completed in 2019.

XLam is providing floor panels to all levels to change the shape of the building into a more efficient design that is more suitable for apartments. In addition, the top two levels of the build will be a full mass timber structure. The benefit of XLam Cross Laminate Timber (CLT) in this context is its mass and speed of construction. Vertical extensions and repurposing are great options in lightweight mass timber structures as an alternative to post tension and pre cast concrete.

The second offsite tour was a store visit to ITM’s Independent Hardware store in Albany. The visit gave Natbuild members an opportunity to see how a trade focused operation presented itself, whilst gaining valuable insights into ITM, which is recognised as New Zealand’s Independent market leader. 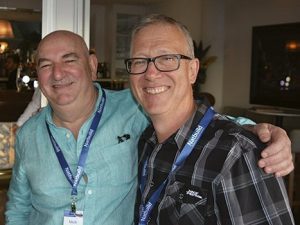 Awards night
Natbuild’s Awards Dinner was held, on the beautiful Waiheke Island. The lead up to the awards night consisted of a great afternoon at Wild on Waiheke, a winery and brewery offering a relaxed style giant outdoor beer garden and a range of outdoor activities, in addition to delicious food and fantastic drinks. After the fun and games concluded, it was time to head to the beautiful Cable Bay Vineyards, with breath-taking views across the coastline and an opportunity to sample some of its award-winning wines.

TasmanKB extended tour
In addition to the Natbuild Conference, 24 Natbuild members took part in a two-day extension hosted by premium partner, TasmanKB, to gain valuable insight into the timber industry of New Zealand.

The tour started with a visit to Auckland’s TruPine Henderson Plant, now part of the Claymark Group, before heading to Rotorua for a lunch hosted by Red Stag, where delegates were treated with the rare opportunity to taste some of New Zealand’s finest produce cooked right on the edge of a forest.

A guided tour of Red Stag’s impressive saw mill saw the group taken through each process from logging to the finished product. Red Stag’s state of the art facilities are world class and the opportunity to have this as a firsthand experience was a conference highlight, according to delegates.

A visit to the Redwood’s Treewalk was also a highlight with the group walking along a maze of suspended bridges at dusk.

The next day included a guided tour of the Claymark Sawmill in Rotorua, one of the cleanest manufacturing facilities many have had the opportunity to experience. When it comes to delivering a quality product to the consistent standards they achieve, the Claymark owners and management demonstrate they are not prepared to compromise in any way, one delegate said.

Afterwards the group headed to Te Puia for a cultural show, hangi buffet lunch and tour of the geysers, mudpools, and wood and jade carving workshops.

Dinner at the Stratosfare Restaurant wrapped up this thoroughly enjoyable tour in style, providing incredible views of Rotorua and the surrounding area.

Natbuild thanked hosts, Shane Hicks and Phil Irving from TasmanKB and Bruce Barclay from Claymark who accompanied delegates throughout the tour.