Tradelink stores are popular today – not only for its choice of bathroom, kitchen, laundry products, but also the plumbing and tools that are available within the trade stores. With 211 stores located nationally and new general manager Alan Ball at the helm, Tradelink will no doubt catch the attention of its customers and its competitors over the coming months. Christine Bannister reports. 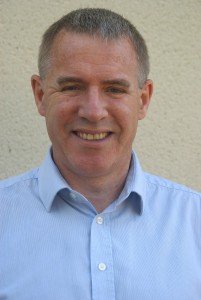 Arriving from the UK in November last year, Tradelink general manager Alan Ball has big plans in place for Tradelink, which is primarily a kitchen, bathroom and plumbing retailing group.

After spending 12 years running plumbing businesses in the UK, Mr Ball’s former roles include managing director at Wolseley, which is one of the largest distributors of building and plumbing products in the world.

“After Wolseley I joined Plumbing Trade Supplies, which began as a 200 branch business, with $700 million of turn over. Within four years we had grown that to 320 stores with $1.5 billion of turnover,” Mr Ball said.

Now that Mr Ball has taken over the reins of Tradelink, his primary goal is to put Tradelink back where it was, in terms of its market share and its focus on the market. This includes maintaining a focus on the way it approaches the trade in the project world, the contract world and the network plumbing world.

“Initially I recognised there have been a lot of initiatives implemented at Tradelink, with no clarity of direction. I do think we have lost our focus on the trade – it seemed we had forgotten what we are about, what our name stands for and what our objectives are with our customer base,” Mr Ball said.

“The first thing I implemented is a ‘back to basics’ philosophy, where we are reminded that we are here to service the trade and we are also here to give great customer service, hence the launch of the Customer Service Promise and some of the activities that underpin this.”

“Firstly we have simplified the reporting structure, so people in branches have the autonomy to deal and trade through the organisation.”

“We have flattened out the structure so there is easier contact through management. We have also looked at product ranging and how we can improve this. I believe it is a process of growing the network as well as growing the sales,” he said.

From a network perspective, Mr Ball said he plans to open 20 branches per annum, for the next two to three years, as he believes there is sufficient capacity in the network to do this.

“When I look at some of our competitors they have continued to expand the network and when I look at the gaps where our current branches are, there certainly is opportunity there. So we will be taking full advantage of this and opening branches from the start of the next financial year,” Mr Ball said.

“We have engaged with our local branch network and our regional managers to understand where they believe the gaps are. We look at our existing locations, our customers and build and development projects, as well refurbishment and maintenance areas. We then look at travel times for our customers, put a dot in the map and effectively fill the gap.”

“I think the metro areas certainly give us our biggest opportunity, because as the large metro areas develop and expand out into the suburbs, this creates a great opportunity and longer travelling times for customers, which then allows us to put in a local branch. So the branches that we open will be smaller locations to support local trade which give our customers a local point to call,” he said.

When discussing competitors, Mr Ball said what is great about the Australian market is that there are two sectors of strong competitors.

“I look at Reece and its professionalism and the consistency of its branch offering, but this is also not without its weaknesses and we obviously need to take advantage of this.”

“What I also like is the ingenuity of the independent. So they have got a good network model – regionally and interstate – and a decent branch network and some good brands out there that I think are definitely worth watching,” Mr Ball said.

“What we need to do is offer a complete service to our customers. I think we need to respect both sides of the competition and just look at what we do best and make sure that if there’s any area that we are missing, that we can take some lead from our competitors on what they’re doing. Then we close those gaps,” he said.

Mr Ball said he has already managed to save some stores, which were initially earmarked to close when he arrived at the company.

“We have already put business plans in place to turn stores around that were going to close. We are now in a position where we are in a stable network and we want to start putting more branches on the ground.”

“It is a challenge but it is probably the only challenge, from a commercial perspective, that would have interested me. The fact that this business was in Australia did not phase me because I have moved around the world a bit with different businesses. It was more the business challenge that appealed, as well as the people here that want to make this business succeed which made this position so attractive,” Mr Ball said.

With big plans to grow the business in the near future, Mr Ball said he believes that the one thing that is important in growing the network and growing the business, is by keeping vendors on side, as well as the customers.

“Firstly, Tradelink will be launching a new vendor program, which will be quite visible in rewarding our partner vendors. We will have a rating system that is visible to vendors and to our branches, so people can see the vendors that we want to work with and how to support and promote their products. This will also allow us to partner with vendors, but at the same time ensure that we do not miss sales opportunities,” Mr Ball said.

“While our range will vary depending on customer needs across different regions, having clarity on who our preferred vendors are will help give some direction to our branches. This initiative will be launched in the next three months,” he said.

Mr Ball also said that Tradelink is working on an initiative that focuses on rewarding customers for their loyalty.

“We believe in rewarding our customers with initiatives and products relevant to their business, like tools for instance. So, in the next three months we will be launching a new loyalty initiative for customers.”

“These initiatives will give clarity from a stakeholder perspective, to our people, our vendors and our customers – which will start to drive the business forward,” he said.