The Queensland Government has introduced legislation designed to come down hard on non-conforming building products, with ‘all parties’ in the supply chain – including hardware retailers and manufacturers – to be held accountable. Should the hardware industry be nervous? Not really, writes John Power. 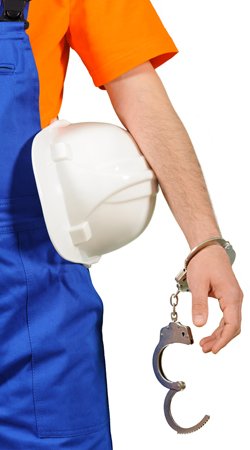 Non-conforming building products are present in practically every class of building material and product, severely threatening public safety and/or undermining the performance of buildings. It’s a national and international scourge that has appeared in lockstep with rampant outsourcing of manufacturing activities to mostly unregulated markets such as China, along with a rise in direct imports of readymade items and materials produced without any Australian oversight whatsoever. This article is not aimed at bashing all imported products or materials; rather, the objective is to argue that current checks and balances, including the proposed Queensland legislation, fail to deliver meaningful protection against non-conforming building products.

Indeed, the proposed Queensland legislation may actually hamper the prospect of introducing a genuinely national remedy. Let’s look at the legislation and its many deficiencies.

Proposed legislation
In a nutshell, the Queensland legislation, due to be passed later in the year, proposes to make all members of the supply chain, including manufacturers, importers, retailers, and installers, accountable for the conformance and safety of building products (with conformance defined by the requirements of the National Construction Code [NCC]).

However, this legislation, referred to as the Building and Construction Legislation (Non-Conforming Building Products – Chain of Responsibility and Other Matters) Amendment Bill 2017 (Qld), is a classic example of misplaced one-upmanship by a State-based authority meddling in national affairs. As mentioned, it goes without saying that non-conforming building products are a national and international issue, which means separate legislative treatments at a State level can only serve to thwart any genuine Federal approach. The limitations of a State-based jurisdiction are readily apparent as soon as one examines the global nature of the full supply chain, the complexity of secondary supply chains (of raw materials) within China and similar overseas manufacturing hubs, and the sheer impracticalities of assessing and monitoring the integrity of manufacturing processes on the other side of the world. For starters, if the ‘manufacturer’ is a Chinese factory, regardless of whether its production is commissioned by an Australian company or not, then what authority would the Queensland Government have to call this factory to account in the event of the detection of non-conforming products in Australia? None. This means the legislation ‘really’ refers to Australian members of the supply chain, including hardware retailers and distributors, who might fall foul of the legislation if proven to be involved in the importation or distribution of offending products or building materials. But what are the chances of that happening? Miniscule. The problem commences with the very definition of non-conforming building products, which is legally nebulous, at best. Indeed, there are numerous ways in which a product or material might be deemed ‘non-conforming’: 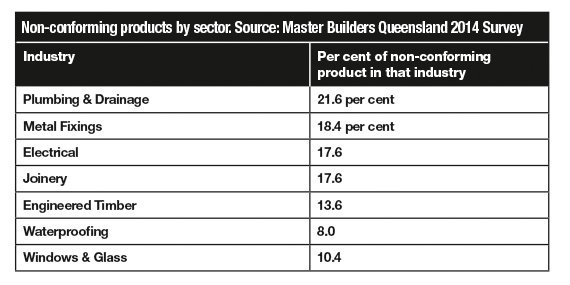 Is the Queensland legislation robust enough to distinguish between these myriad instances of non-conformance? Would an ‘innocent victim’, like a hardware retailer, be as blameworthy as a cold-blooded cheat? And would the legislation draw a distinction between breaches of mandatory conformance standards, on the one hand, and breaches of non-mandatory conformance standards on the other? (One might argue that there are plenty of product lines and materials that are not subject to mandatory performance or quality standards, but which nevertheless pose severe health hazards if poor-quality or non-conforming products are used. A good example might be a batch of plywood made with toxic adhesives.

Such questions are just the tip of the iceberg. Consider the following additional shortcomings of the proposed legislation:

It seems evident that the simplistic Queensland legislation is meant to provide authorities with some sort of mechanism to punish obvious offenders, as might be revealed in a dramatic or ‘sensational’ case involving severe injury or death, and where the nature of the offending product is profoundly obvious (such as cladding that fails to meet flammability ratings, and which becomes known to authorities following a major blaze; or the shearing of a balustrade fixing, which becomes known to authorities when a glass panel falls onto a crowd of people). But good intentions at a State level only undermine the likelihood of true federal reform.

The Queensland legislation, for instance, does nothing to help refine the processes whereby non-conforming products are identified in the first place. Nor does it address the massive groundswell of non-conforming products whose non-conformance is subtle (i.e. chemical toxicity, below-par energy ratings, etc), or whose breaches of performance thresholds are less ‘sensational’ (i.e. low life expectancy of the product).

Most worryingly, separate State-based legislation against non-conforming products may well damage Australia’s ability to create a uniform national program against non-conforming products. When one State proceeds with its own agenda, it only inspires other States to release their own preferred models of legislation, thereby leading to different laws between States featuring their own divergences and duplications, and causing immense headaches for national and international members of the supply chain. NB: The WA State Government has just commissioned RMIT University to audit non-conforming building products used in the Perth area, so a messy collection of State-based regulatory schemes looks increasingly realistic.

As an aside, different State-based legislations might also lead to favouristim within manufacturing and distribution channels, as participants seek to base themselves in the ‘softest’ jurisdiction. 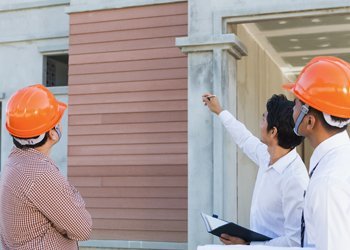 True reform is national
At present there are two main ways in which a non-conforming building product or material comes to the attention of the general public or regulatory building authorities: (1) a catastrophic failure, such as a building fire or collapse; and (2) the dobbing in of one company by another, usually in the event of a company detecting a counterfeit version of one of its products in the market.

True reform must be handled at a national level, involving a complete overhaul of the way in which building products and materials are assessed, registered, checked and used.

The first requirement is an admission that State-based jurisdictions may well have a role to play in the implementation or policing of national laws, but there can be no justification for the creation of stand-alone State-based legislations.

Second, following New Zealand’s lead – no doubt attributable to its efficient two levels of government – it is necessary to start forming a national register of all approved building products and materials.

This is a big challenge, of course, but one that is inescapable if we are to stamp out non-conforming products with any clout. Such a register could form the backbone of a streamlined management process of conforming products, spread across the entire supply chain via a centralised national database. For instance, the New Zealand research consultancy BRANZ has aired the idea of a barcode-based system for scanning building products at all main junctures of their dissemination and use; we’re familiar with supply chain-wide product scans of pricing and stock management information; now imagine taking an extra step and allowing scans to immediately recognise approved or disapproved products on site, or to help inspectors log full digital histories of the materials used in a construction as part of the building approval process. Offending or misplaced materials might be spotted straight away, or at least recorded for posterity to allow for future removal or repair in the event of a recall.

Such a register would have to be supported by a strict, nationally centralised approach to the policing of certified products and materials.

A tough enforcement approach might entail: (1) a dramatic increase in the random testing of products and materials to ensure ongoing compliance with certifications, and (2) the adoption of massive penalties for Australian entities primarily responsible for bringing the non-conforming product or material to market (rather than for the entire supply chain, which would be impossible to prosecute).

These measures would go a long way to reducing non-conforming products from our hardware and building supplies outlets.

Australia’s choice is straightforward: either we accept that non-conforming products are part of the international commercial landscape, and we are only interested in piecemeal State-level solutions targeting sensational breaches; or, we invite our national building authorities to strategise meaningful national approaches, and improve the overall integrity of the market.