After working as painters for over 30 years, brothers David and Greg Fusinato and business partner, Rob Geyer, have established and grown their Paint Place Wonthaggi business substantially, while located just 300 metres from a major competitor. 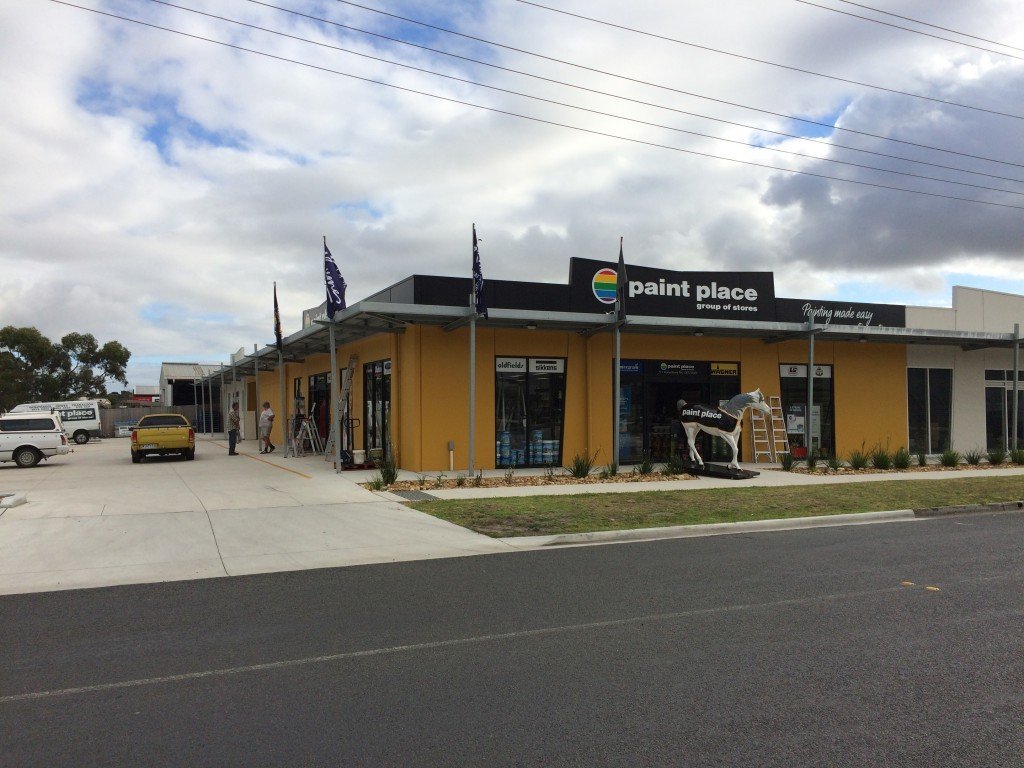 Former painters David and Greg, along with business partner Rob Geyer, opened Paint Place Wonthaggi, in southern Victoria just over 13 years ago. Since this time, the trio have managed to buy and grow their business, while located just 300 metres from the town’s Bunnings store and just one kilometre from a well-established Mitre 10.

“Initially, both David and Greg were both painters over Wonthaggi way, and they realised there was a hole in the market with no paint shops available in the area. That’s when they decided to open a paint shop in Wonthaggi. So they rented a shop and that was the start of the business,” Rob said.

Just over a year ago, the trio moved into a new store which provides both trade and retail customers with a decent offer at 436 metres square, which is about 150 square metres more than the former store. The new store is also located in the busy retail strip of town, near Bunnings.

However, Rob isn’t fazed about trading so close to such a fierce competitor, because he believes his customers will return to the Paint Place store, particularly if they have a positive retail experience.

“You just hope your customers always have a good experience at your store, stay loyal and don’t need to go elsewhere for their paint needs. You will find the best paint shops are usually the ones that position themselves as close as they possibly can to a Bunnings, because those are the customers that see us as they drive to Bunnings and often they think about checking us out too. We actually get a lot of recommendations from hardware stores because we can offer the specialised service in paint,” Rob said.

“We also moved into the new store, because it has its own car park, which we didn’t have in the former store and this has made a big difference because the shop is more accessible to customers,” he said.

Rob went on to to become a partner of the business, about 10 years ago, which was around the same time the trio opened Cowes Paint Place on Victoria’s Phillip Island. 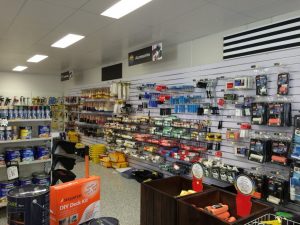 “There is a lot of building going on at Phillip Island with more renovations in the Wonthaggi area, however there is a lot of land, which will cater to about 1000 homes, to be opened up near Wonthaggi soon,” Rob said.

The trio also opened two more Paint Place stores at Traralgon and Leongatha, with all four stores travelling well, thanks to the owners’ extensive expertise.

It is little wonder why all four stores, particularly the Wonthaggi store, have become so popular, as David and Greg continually use their 30 years of paint 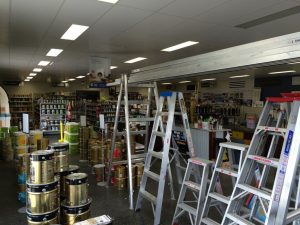 expertise, which is no doubt hard to beat. It also means that the former painters not only completely understand the products they sell, but can also offer invaluable advice to both their trade and DIY customers.

Rob is also able to offer customers industry expertise after working in a Mitre 10 store for over ten years, before moving on to work as a floor and wall tiler for over three years.

Paint Place Wonthaggi not only offers every type of specialised paint and accessory, but also hires out spray guns, while offering colour matching for residential and auto paint.

“We also have quite a few of the Autobarn customers sent to us to match colours for their auto needs. This is unusual, particularly when we have to eye match the paint which is not the easiest thing to do. So we do need to lean on our background for this, combined with a bit of no fear factor to just try and have a go at it,” Rob said.

Benefits of trading in a rural town

Although the store is rural, trading in a well-known southern Victorian coastal town does have its benefits, as it is very quickly becoming the main shopping destination for surrounding country towns.

“We now have most of the big retailers in Wonthaggi, so now there is no need for locals to head down to Melbourne to do their shopping, which was the done thing in the years gone by,” Rob said. 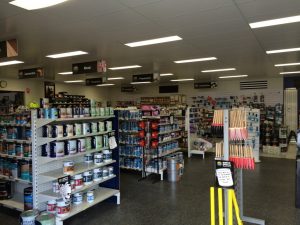 “During the peak holiday periods the town many of them also have holiday houses in town. The tourist season normally works out great for us because a lot of the tourists know they can come to us for all of their painting needs.”

“I believe the business is always growing because Wonthaggi is also growing and a lot of people are moving into the area permanently. Although sales have increased it seems margins have got tighter both in trade and retail,” he said.

Rob said he does not believe there is anything specific that sets Paint Place Wonthaggi apart from other paint specialists, however he did say that he believed paint specialist stores that are owner-operated, in most cases, do the best job, whether it be trade or retail.

“We are very hands on every day and our customers mean the world to us. There really isn’t any paint problem that we can’t fix, or help our customers with. We quite often have customers sent to us from other hardware stores and they tell us that they came to us because they were told that we are the experts,” Rob said.

“We have found in the past that once you are able to help a customer solve a problem, 99 per cent of the time you have that customer’s loyalty for life. I guess this is the difference that we pride ourselves on, which is making sure that if a problem involves paint, then we can fix it,” he said.

Rob also believes that because the store is a country store, word of mouth is a huge thing, and they have to ensure that all customers have great experiences with the store, so they can pass on positive recommendations to their friends and family.

Paint Place Wonthaggi has a healthy mix of 60 per cent trade and 40 per cent retail and Rob says to service all customers properly, it has to ensure that it not only delivers on service, but with competitive pricing as well. 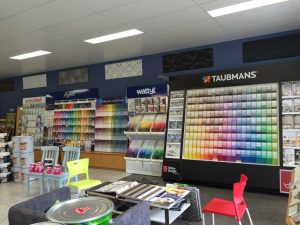 “You have to be price aware of what’s around you and know what competitors are doing. The customer is not silly and knows if they are getting ripped off on pricing.”

“To promote the store we also run TV advertisements with all of the Paint Place stores in Gippsland. We also make sure we are involved in a lot of local sponsorship. So if we hear about a worthy cause, we make sure we help out,” he said.

Recent in-store promotions included a successful ladies night, where locals were invited for a fun girl’s night at the store. The night included free champagne, nibbles and giveaways while also being taught a number of new painting skills.

“We had a great night teaching the ladies how to do wall papering and how to use the tub and tile paint from White Knight to renovate their bathrooms. We also taught them how to prepare and coat a timber deck properly. We had about 60 turn out and we made sure there were plenty of freebies and giveaways on the night.”

“We have also had some great feedback since, with a lot of our customers asking when we are going to do another night, as they couldn’t attend, so we are looking to running another ladies night toward the middle of the year,” Rob said.

On-going promotions as well as expert advice and a great retail offerare the three factors which are setting Paint Place Wonthaggi up for a promising future as David, Greg and Rob continue to grow all four of their stores.