Paving the way for the next 40 years

Inspirations Paint held its 17th National Conference in Hamilton Island, Queensland from May 22-25. The bi-annual conference brought together franchisees and key business suppliers, with a total of 264 delegates, including 27 suppliers, attending the conference. Supplier sponsorship ranged from Platinum to Bronze, with Dulux, Cabot’s and Poly/Rota-Cota on board as Platinum sponsors. 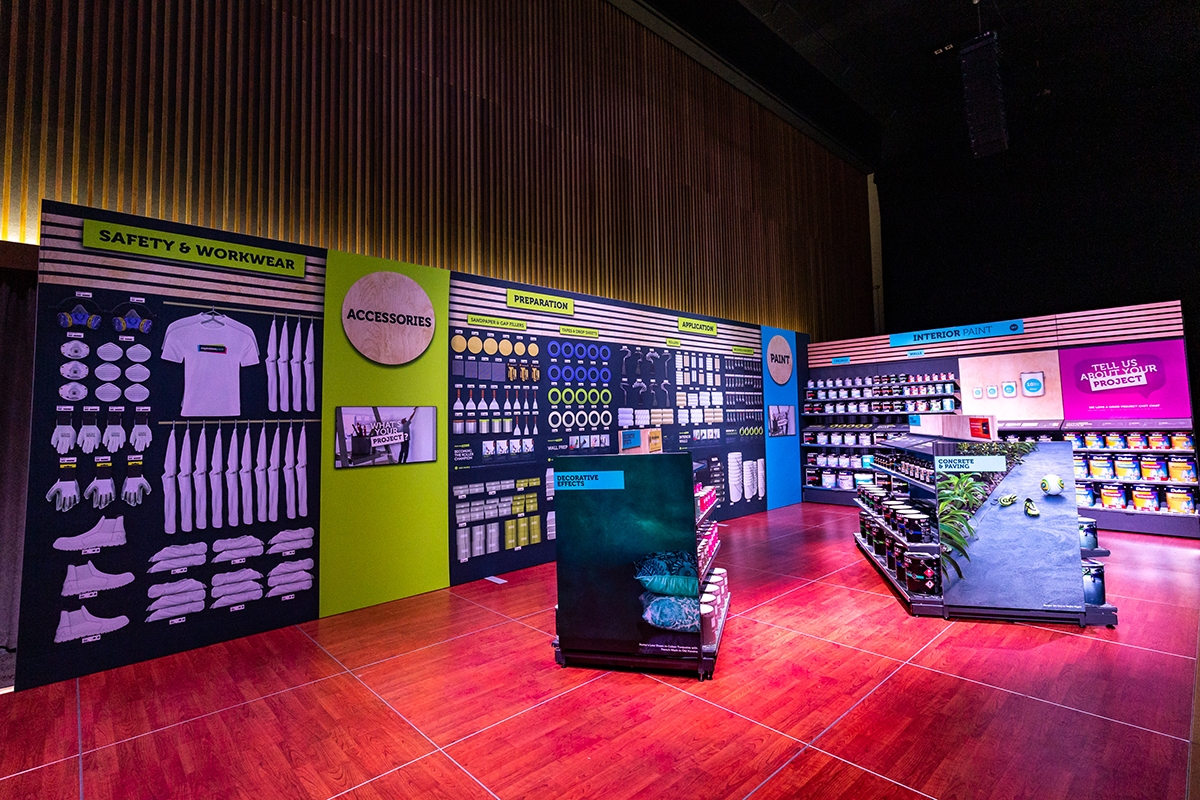 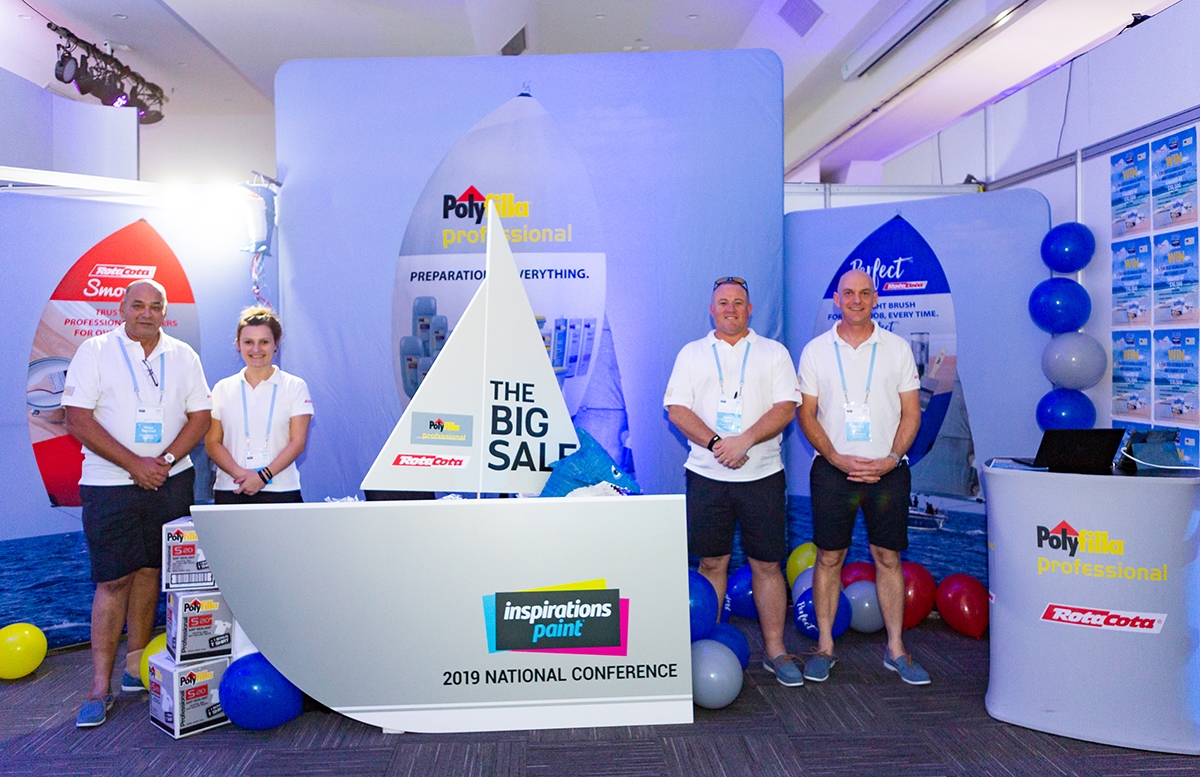 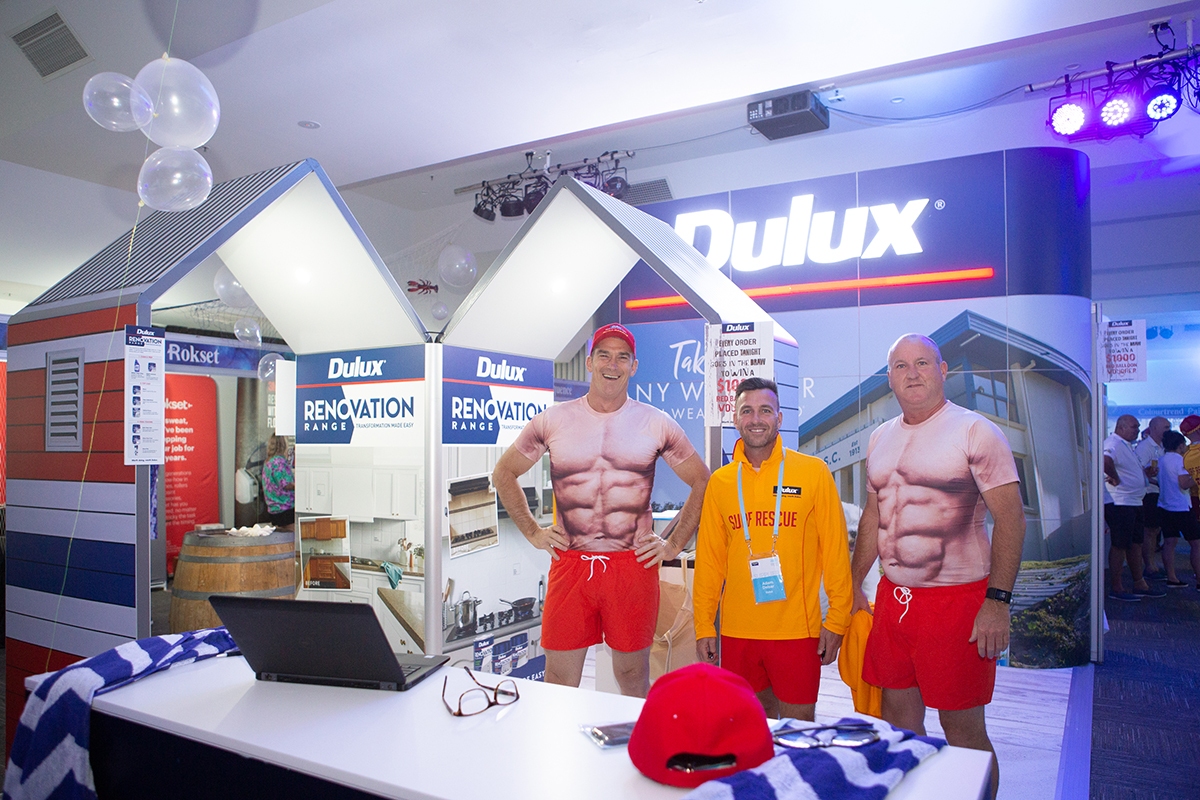 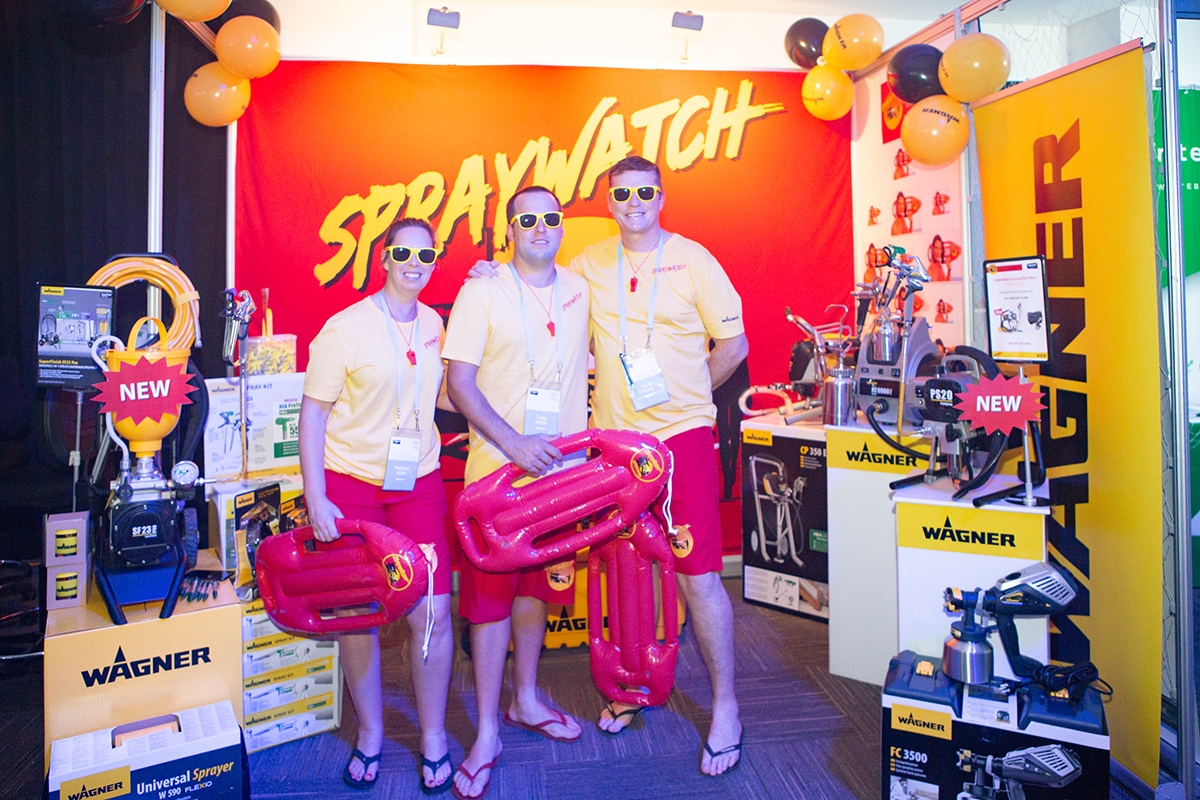 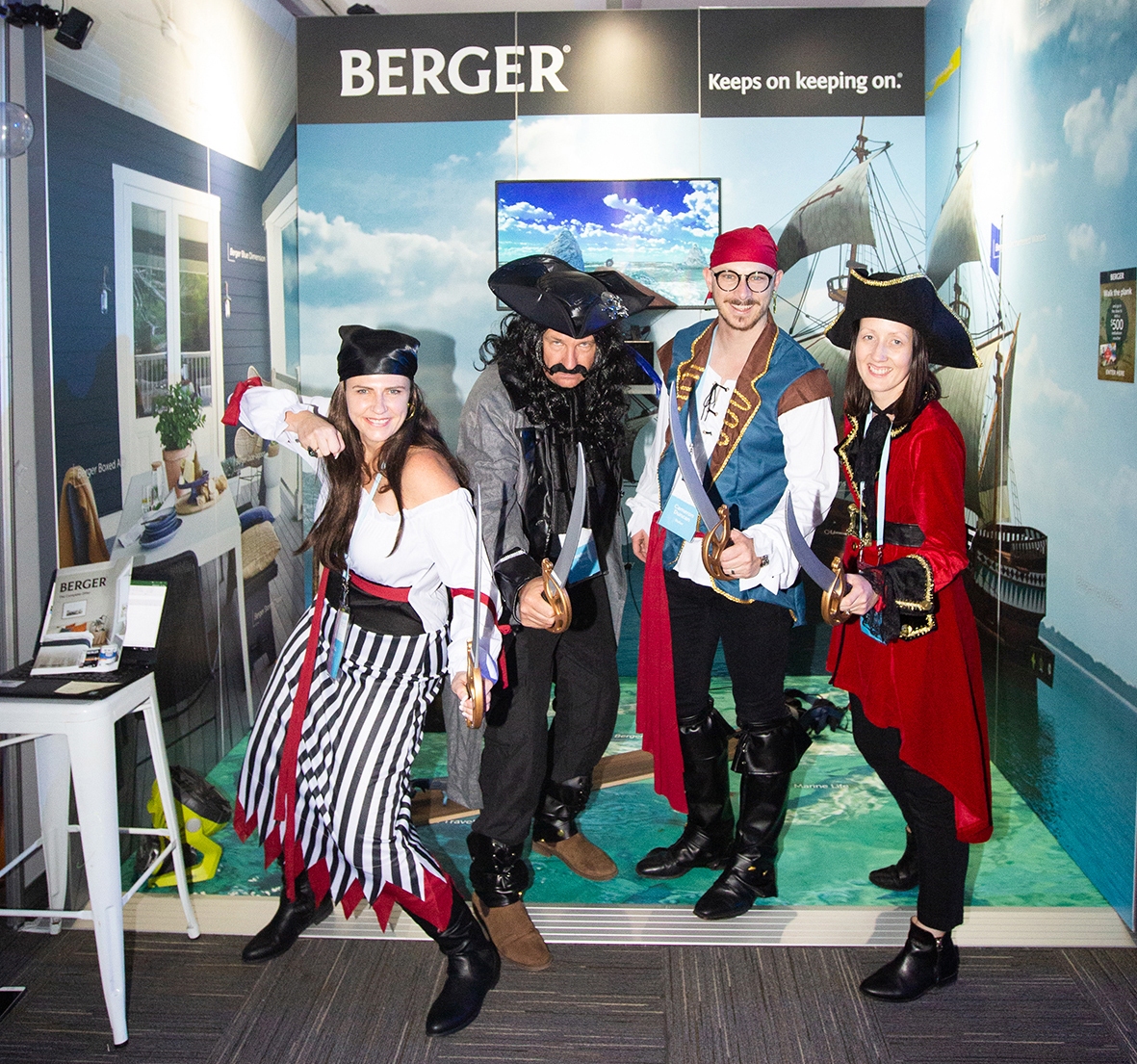 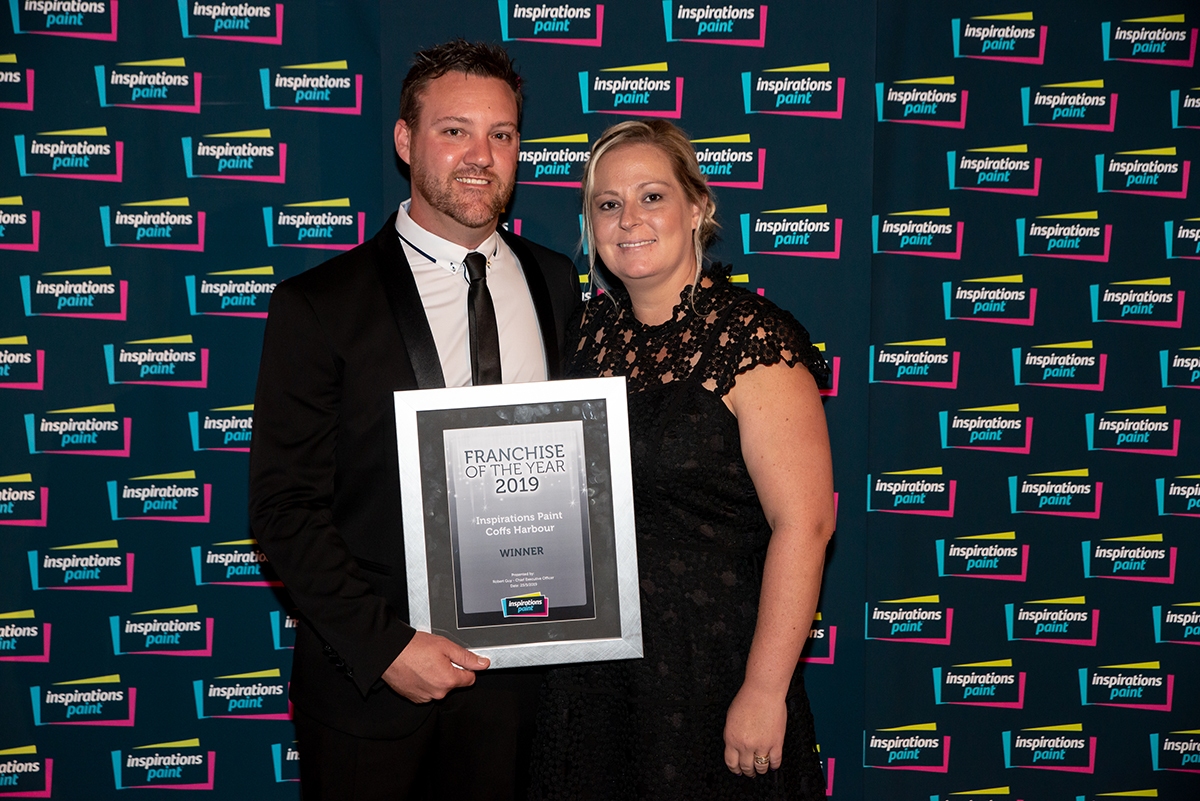 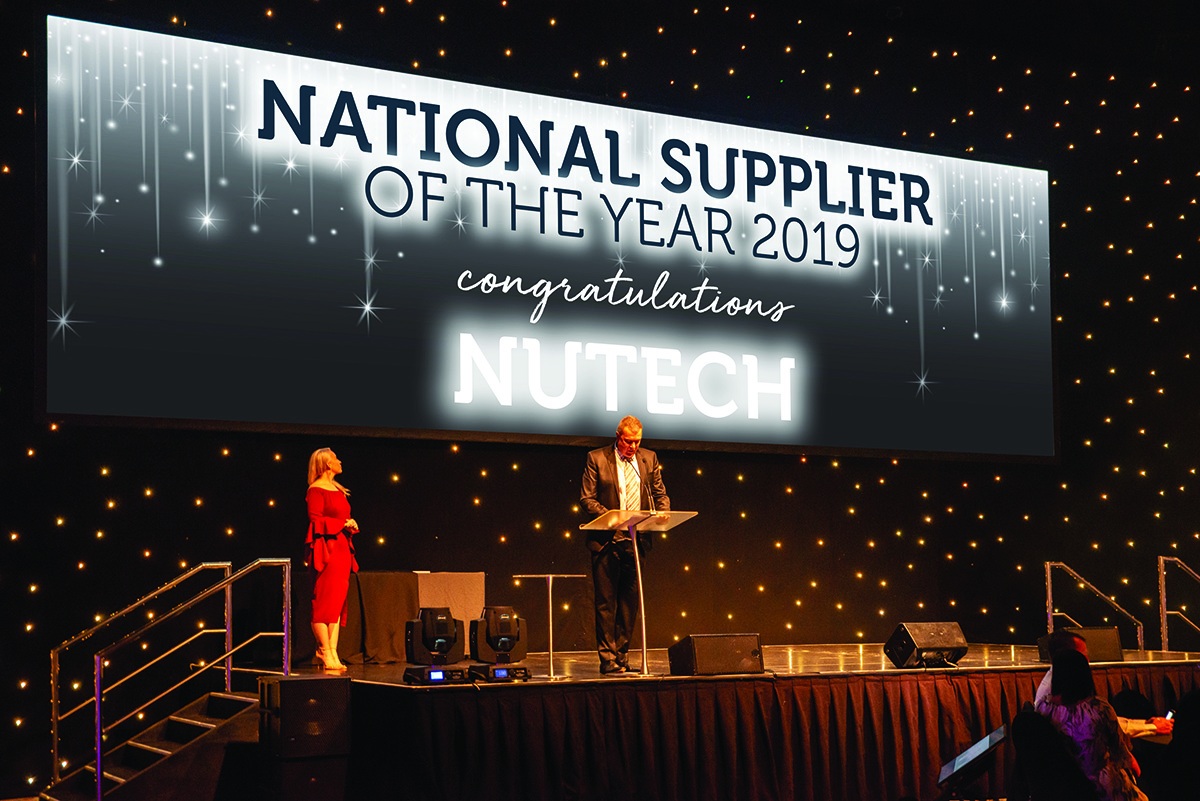 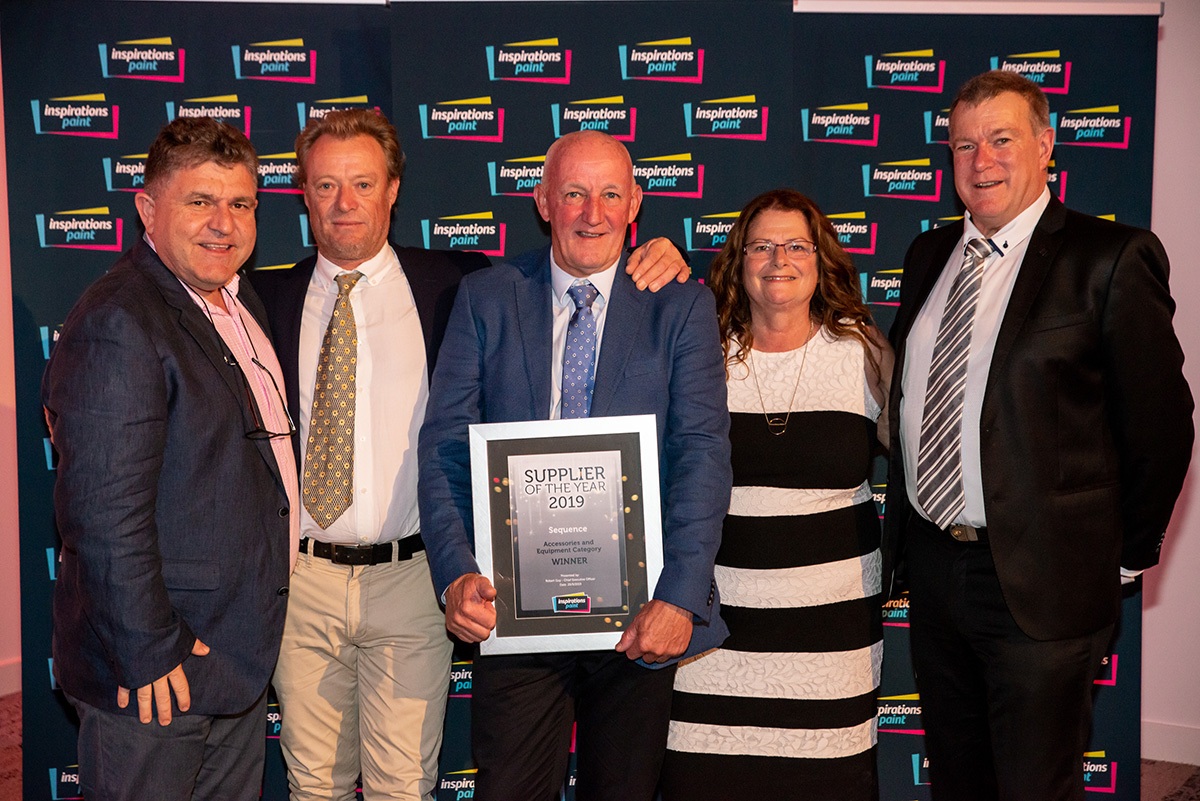 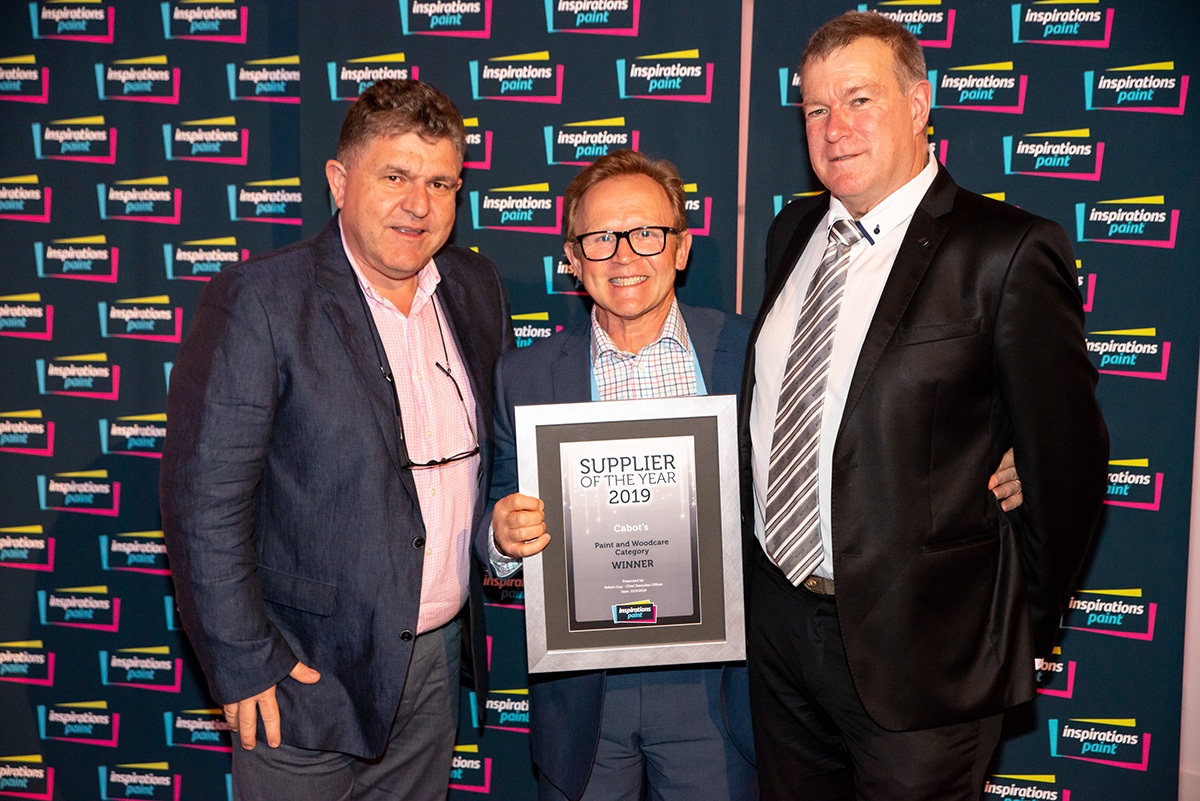 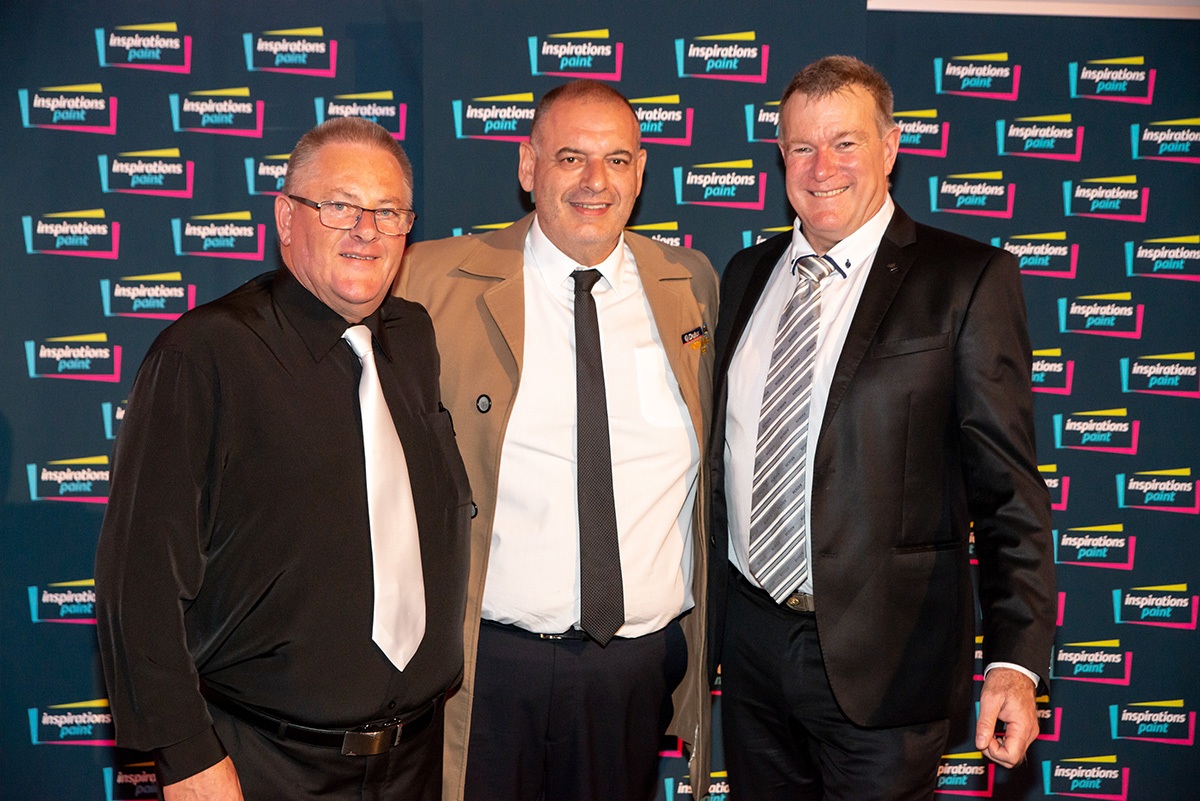 The conference was important for the group. Not only because it celebrated Inspirations Paint’s 40th year of business, but also to outline the ‘Inspirations Way Forward’, which was the conference theme, in what can arguably be one of the most dynamic times in the history of the paint specialist industry.

Inspirations Paint Chief Executive Officer, Robert Guy, said it was important to bring the group together to outline its plan moving forward and remain a clear category leader.

“In the past 40 years we have made some deliberate and purposeful strategic decisions to achieve this position and that cannot stop. I am confident that the ‘Inspirations Way Forward’ that we outlined at the conference, will continue to position Inspirations and Dulux, as a leading paint specialist group, into the next 40 years,” Mr Guy said.

Business sessions were held over two days, from May 23 to 24, with day one of the conference opened by Inspirations Paint Chairman, Glenn Ringrose. This was followed by a presentation on the ‘Inspirations Way Forward’, presented by Robert Guy and DuluxGroup Chief Executive Officer, Patrick Houlihan, who addressed the Inspirations and DuluxGroup partnership in light of Nippon Paints’ proposed acquisition of DuluxGroup.

In 1997, the Inspirations Paint’s board voted to evolve the Inspirations Paint Group into a member owned franchise. Integral to this was the decision to align with Dulux as the core paint supplier in a strategic trade distribution partnership. This partnership has developed into the leading and most successful paint group in the country, according to Mr Guy.

“We have been on a 15-year journey and over this time we have doubled our market share. Today, we are the clear leader in the total paint specialist market. Our industry is about selling paint and it is not until you quantify the changing paint volumes and the effect of Bunnings in the market, does the Inspirations Paint franchise and partnership with Dulux gain true perspective,” Mr Guy said.

Furthermore, in the past six months, there have been more changes in the paint specialist market than any other time in history. With these market changes unfolding, seven of Paint Place’s best Queensland stores have joined the Inspirations Paint group, three of which are based in and around Brisbane.

“Have no doubt that the times have changed for independent paint specialists. Ask a Wattyl trade agent. Ask Paint Place. Ask the Bristol franchise group. Nor should we be under any illusions that our group will not face changes. There is no room for complacency in our group. Inspirations Paint must continue to improve, develop and innovate with Dulux to remain the leading paint specialist chain,” Mr Guy said.

This was the clear message at the conference with tangible evidence of how this will transform into the stores of its franchisees.

Joel Goodsir, Head of Marketing at Inspirations Paint, also unveiled the ‘Store of the Future’ design during the business sessions. The new interior store design was born out of insights from hours of customer interviews to better understand existing pain points in-store and to create an enhanced customer experience for both retail and trade customers.

“The new layout aims to make Inspirations Paint stores infinitely more ‘shoppable’, whilst simultaneously enhancing store operations, like stock adjacencies and tinting efficiencies. The design is currently being prototyped and will roll out over the next three years,” Mr Goodsir said.

The Inspirations Paint trade show is the jewel in the crown of the conference itinerary. As always, it is a fully themed affair with strict instruction that no costume equalled no entry! This year’s theme, ‘All at Sea’, paid homage to the beautiful coastal location of Hamilton Island. Delegates embraced the theme and produced some of the best costumes displayed at the trade show to date. Suppliers put forth some excellent conference only deals for franchisees to take advantage of, which saw some suppliers selling 50 per cent more than their targets.

As part of the trade show, suppliers also donated prizes to assist in sales on the night. This year’s prize pool totalled $40,000, with one major prize from Selleys equal to $10,000 in value.

Another key function of the Inspirations Paint Conference is to acknowledge both the Franchise of the Year Award and Supplier of the Year Awards, both of which took place at the Berger Ball and Awards Night on May 25.

Franchise of the Year Award

The Franchise of the Year Award celebrates and recognises the top paint stores in the country by evaluating a range of measures including the adoption of retail programs – particularly Paint Club (Inspirations Paint’s loyalty program); participation in national marketing; promotions and regional advertising; local promotion; store appearance; customer counts; retail and trade sales; and overall business performance including profitability.

The category was competitive with six deserving finalists announced from metro and regional areas, who have achieved significant results over the past two years.

Inspirations Paint was proud to announce Coffs Harbour (NSW) as winner of the Franchise of the Year Award. Tammie and Mark Diener are new franchisees, taking over the existing franchise in Coffs Harbour in 2018. Mr Diener had initially worked at the company owned Inspirations Paint store in Warners Bay (NSW) before relocating to Coffs Harbour with wife Tammy and their three children. During this time, they have been model franchisees and achieved outstanding results across all measures, especially in sales and profitability increases, according to Inspirations Paint.

“Mark and Tammie have been motivated from the start. I am so pleased their hard work paid off, but the journey does not end here. We will continue to work with them to grow their business.” David Gillespie, Business Development Manager NSW North said.

Supplier of the Year Award

The Supplier of the Year Award was also an opportunity to recognise suppliers across three key categories including Paint/Woodcare, Accessories/Equipment and Specialty.

Winners are selected 100 percent by franchisees who complete a survey, which scores the performance of each supplier against a number of criteria including delivery, order accuracy, availability of stock and field representative support. There is one winner from each of the three categories and one overall winner.

Inspirations Paint was pleased to announce the winners of Supplier of the Year were as follows:

Nutech was also awarded overall winner of the Supplier of the Year Award.

“This is the first time Nutech have taken out the award since becoming an official supplier to the Inspirations Paint network. Historically, Cabot’s has been the winner of this award, however it was a close race and Nutech are now the reigning champions,” an Inspirations Paint spokesperson said.

First awarded as a joke at a golf day between Inspirations Paint and Dulux at the Yarrawonga Golf Club near Albury (NSW) in 1997, The Coat Award has gained esteem and is now awarded to those who have gone above and beyond in their service to the Inspirations Paint group.

There have been 12 previous winners and currently ‘The Coat’ is the most prestigious award on offer at Inspirations Paint. This year’s recipient is Paul DiCampli, owner of three Inspirations Paint stores in Sydney (Rockdale, Maroubra and Penrith). Mr DiCampli joined the group in 1999 and has served as a board member since 2005. His continual effort at all levels of the organisation has seen him become the 13th winner of The Coat Award.