Retail focus: HBT’s Store of the Year – A Wood Shed

HBT’s Store of the Year – A Wood Shed 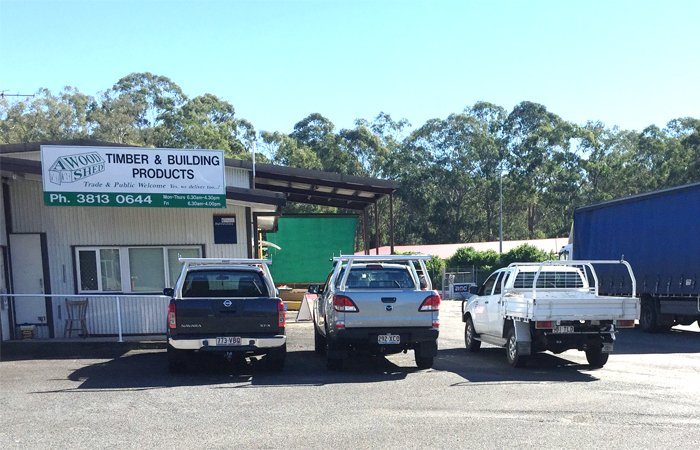 A Wood Shed took home HBT’s store of the year award at the recent HBT conference held in Darling Harbour Sydney, from May 10-12. This is the first time the business has won a Store of the Year Award, and owner Richard Ford believes the support of the HBT group contributed towards the growth of his business.

As an independent store owner, Richard said he initially resisted joining any group that required a purchasing structure. However, after being visited by some of the HBT executives in 2015, he was impressed with what they told him and made the decision to join.
“After doing some investigations, we realised that HBT offers the advantages of a large buying group without the loss of independence, and the group also encourages interaction between stores. What we love about HBT is that the group consistently remains totally transparent. While HBT will advise, they will never dictate. We also like the fact that the H Hardware option is available for any store to join but, again, it is not compulsory,” Richard said. 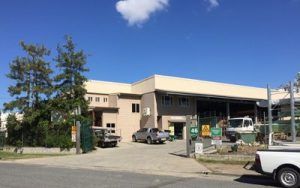 An interesting history
Amazingly, Richard began his career as a pig farmer in England before moving to Adelaide in 1973. It was then that he trained with a family friend as a bricklayer and after moving to Brisbane in 1975, he obtained his builder’s licence.
“I believe my experience as a builder has allowed me to always understand planning and construction issues, as well as the range of essential building products that
builders require. Before joining A Wood Shed, many of our primary store managers had accumulated years of experience in the building industry, which has also significantly contributed to the success of the business,” Richard said.
It was in 1993 that the business, A Wood Shed, was established at Darra after Richard had worked as a builder for some time. Due to most of his work being in
house renovations, Richard found that he needed to continually source a specific variety of essential timbers, which was when he decided to open a retail outlet.
“For the first few years that the store was open, we dealt with a limited range of mouldings and restoration timbers. Although I still had my builder’s licence, I ceased working as a builder in 2000 so I could focus on growing the store,” Richard said.
“The store has always been a family business, with my wife Judy managing the building as well as the accounts for many years. Our four children have also all worked part time in various roles while they have studied throughout university. Our older son Jeremy is our IT consultant and has written the programmes used for quoting and invoicing, while our younger son Simon is now an associate director and manager for the business,” he said. 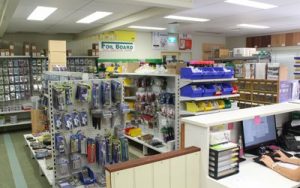 Business expands to two stores
When the business first began, initially it was a family trust trading as A Wood Shed. However after considerable expansion a few years ago, the business was changed
to Longwaves Pty Ltd, trading as A Wood Shed. The family business now has two outlets at Darra and Brassall.
“Th ere are several timber and hardware stores in suburbs near our Darra depot. We believe we distinguish ourselves through our diverse range of quality timber and hardware products. Our biggest selling product is timber, but we are expanding our hardware through the HBT network so we can off er our builders solutions that comply with all their on-site requirements,” he said.
“What is also important to our business is the knowledge that our staff has of the building and timber industry. Th is knowledge, combined with our efficient service and deliveries to sites when required, contributes to the growth of the business and I believe we are continuing to satisfy our customers’ requirements,” Richard said.

Easy accessibility and efficient delivery
Currently the Darra store is about 1,200 square metres, which includes offices and covered storage, and about 2,000 square metres of open yard. The Brassall store also has about 1,200 square metres of offi ces and covered storage, and has about 3,500 square metres of yard. Originally Richard bought the Darra site to use as a storage yard, but he then established a hardware store on the site by using the original building.
“The fantastic locality and accessibility of the store drove increased trade from builders, which is why we built a new store on the Darra site in 2007, and also because the original premises was too small. Th e property at Brassall was rented in 2006 simply to store stock while the Darra building was being constructed. But it was then that we realised we should open another store there as well,” he said.
With both stores offering easy accessibility, due to their locations, Richard said he also makes sure that managers and staff are always available to assist trade customers.
Both stores also offer customers prompt delivery of all materials as the business owns five crane trucks, two flat-top delivery trucks as well as several utilities which can be used to deliver small loads.
“Because we use our own vehicles we also have the flexibility to meet specific builders’ requirements with efficient and timely delivery. And with our trucks on-site, we are also able to pick up stock from our suppliers when needed, which also adds to our customer support,” he said. 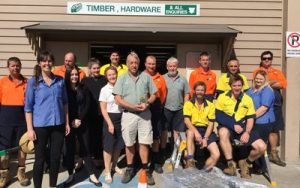 Future growth
With both stores increasing in sales in the last few years, Richard believes this is primarily due to knowledgeable staff providing efficient service, combined with an increased range, quality of stock, competitive pricing and word of mouth.
“When considering the future, we will continue to expand the foundations of our products and our services. This will include running free trade breakfasts on a regular basis to which all customers are invited and the breakfasts will include inviting suppliers along to display their products,” he said.
“Our plans to grow and expand also include increasing our marketing and social media, as well as on-going staff training. This surfaced as being particularly
important at the recent HBT conference.”
“Due to our on-going use of social media, and through word of mouth, we are also attracting customers from further away than our local demographics. Being a member of HBT has also helped this growth of customer numbers, and we will continue to look for opportunities to increase our range of timber and hardware products to suit builders,” Mr Ford said.