Retail Focus: HBT’s ‘Store of the Year’ breaks the mould

HBT’s ‘Store of the Year’ breaks the mould All U Want (AUW) Building Supplies was recently awarded HBT’s 2017 Store of the Year at HBT’s national conference in May, as well as Hardware Australia’s Best Trade Store for Vic/Tas. Even though plans are already in place to re-brand the store under the H Hardware brand, AUW Building Supplies’ ongoing success began with a vision to step outside the typical mould of a hardware store/timber yard.

Boasting six crane trucks on the road full time, and a timber yard behind the store that spreads to a warehouse a few doors down, AUW Building Supplies also features a separate power tools shop. In recent months, owners Jim Leos and Dennis Kefallinos also opened up a new store just one block away, branded ‘Architecture U Want’, as a second tier to the business, which has a specific focus on architectural claddings, renders and textures.

“We try to cater for everyone, so if you want your tools repaired, or you want to buy timber and hardware or claddings etc, we have given all of these areas a home so customers can come to us and get whatever they need. We are predominantly trade orientated, so trade, builders and developers are 95 per cent of our core business. We don’t have the infrastructure to deal with DIYers, even though we do obviously help them when builders send them here to choose what they want for their project,” Dennis said.

“At ‘AUW Building Supplies’ we predominantly provide the timber and hardware side of the business, while at ‘Architecture U Want’ we focus on all architectural claddings, renders and textures. We have found that the businesses are quite separate because the guys who do a lot of cladding don’t buy timber, while the guys that do all the timbers, don’t buy cladding. Before we separated the business we would have 20 or so cars in our timber yard at one time and everyone would get annoyed at each other.”

“So what we have done is a timber and hardware yard through the traditional hardware store, while the the architectural cladding, renders and textures store has a display area and drive through warehouse. This way the former problem is resolved and the two businesses now complement each other,” he said.

A solid reputation
The secret to the business’ success is service and building a good reputation within the industry, according to Dennis, who believes consistently providing one-on-one service has built the business to where it is today.

“We have 28 full time staff and Jim and I are always serving customers as well. We only ever sit in our office upstairs once the store has closed. We both love being on the floor and in and amongst our customers any day of the week, because we act like staff, not like managers. There is nothing that our staff do that we don’t do. Most of the time we are providing a personalised service to our customers and creating a good experience for the tradies as well. This is because the tradie often knows what he wants and he just wants to be in and out, so that’s why we have eight people answering phones all the time,” Dennis said. “I also make sure that my staff know they need to service the customer from start to finish because we don’t like to separate the office responsibilities from the warehouse responsibilities. If they take the order, they know that they also have to go and finish the order. I also tell them to make sure that they know the customer’s name and most of us know who they barrack for in the footy etc.”

“We do make builders and tradies our focus point because we are definitely structured towards them and I think our trade customers appreciate this. This is also why we split the stores because we have so many big customers, and there was a lot of cross referencing which made things hard at times,” he said.

Second business tier just launched
It was this constant cross-referencing of customers that inspired Jim and Dennis to open their second business, ‘Architecture U Want’. The two businesses now boast over 5000 square metres undercover combined, so builders are now guaranteed to find the product they want.

“We continue to achieve a 25 to 30 per cent sales increase per year, because we just keep growing the business and investing back into the business. Then we hold more stock and in turn, sell more stock to the same people who know what we do,” Dennis said.

The ‘Architecture U Want’ store not only boasts an extensive showroom and under-cover drive-through, but also several modern boardrooms built specifically for the store’s customers. AHJ’s interview with Dennis was conducted in one of the new modern, commercial boardrooms, which are designed specifically for builders to meet with their clients and discuss plans for an upcoming project.

“The communal board rooms have already been used by the General Manager of CSR, who used the facilities to meet with state managers. It works well for those who need a space to meet with their clients, including builders and architects, particularly with so many people working from home now,” Dennis said.

“Utilising the board room is free of charge, but it is good for us because the builders use it then ask us, what else do you do? There is also a lot of products displayed throughout the conference rooms that is sold in store, including full kitchens on displays and custom bench tops made of recycled timbers. We sell everything in the boardrooms, including all the timber and we have a customer that puts the tables together,” he said.

“We know that you can’t go and rest on your laurels, which is why we began building ‘Architecture U Want’ in October last year on a vacant block of land just one door down from ‘AUW Building Supplies.’ So we display all types of cladding, including Weathertext Cladding, which is a high quality product often used for a lot of commercial projects,” Jim said.

Exceptional delivery service
Jim and Dennis believe that it is the stores’ outstanding delivery service, and not necessarily local demographics, that has consistently built the business, with the majority of their customers working on the eastern side of Melbourne, including much of the Peninsula. 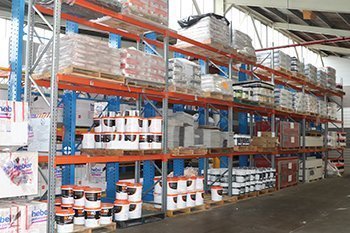 “We travel and deliver anywhere our customers need us. A couple of weeks ago we had to deliver to Portland, which is just over 350 kilometres from Melbourne, about a four-hour drive. We don’t like saying to customers that we will only deliver to a certain area, so we say to them that we will go where ever they have the work,” Dennis said.

“A lot of our builders are commercial developers and build franchises such as Grill’d Burgers, Hungry Jacks, and commercial projects such as these, which is why we remain accountable to deliver to where ever they are. I don’t know of anyone in Melbourne who does what we do, but I have had people recognise the brand on our t-shirts when I have been out. It is interesting how much good service can get our name and our good reputation out there.”

“We grow the business primarily through word-of-mouth, and we have never had one sales man on the road. Even though our marketing angle isn’t to be the cheapest, we do try to carry everything that a builder needs, and we also promise either the same day or next day delivery, if stock is available,” he said.

Dennis also believes that having five full-time drivers on board, as well as part time staff, allows the business to consistently drive a larger volume of product out more quickly, with the business well known for its same day or next day delivery.

“This is very unusual as some builders can wait up to five days for delivery through other stores, because a lot of businesses run on just two trucks or they have just one crane truck and one flat truck. We run six crane trucks which is rare because no one likes to outlay this kind of investment for their business,” Dennis said. 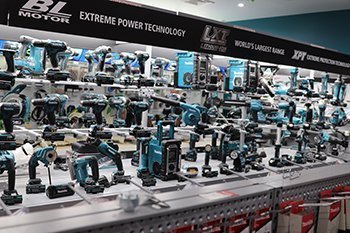 Dennis said it was just Jim and himself working in the business eight years ago and this number has grown to 28 full-time employees now on board.

“I had another business where I used to distribute James Hardie and Boral products, and I used to sell those products to Jim as a re-seller. When I sold the business, six months later Jim asked me to come on board with him,” Dennis said.

Since this time, the partnership has worked perfectly. While Dennis has experience in the cladding side of the business, Jim has more of a background in timber and hardware.

The store went on board with HBT in 2010, with both Dennis and Jim believing the group to be a perfect fit because it allowed them to remain the “masters of their own destiny”.

“We also joined HBT because we don’t like having a ‘big brother’ watching over us, making sure we are following the right protocol. We wanted to remain independent, but also have the combined support of a group. HBT Group Buying Manager, Steve Fatileh, filled a large void for us after the passing of HBT’s Group Manager Tim Starkey, and we believe Steve has done well at representing HBT in Victoria since then and has consistently supported us,” he said.
It is through working with Steve, that Dennis and Jim have decided to brand ‘All U Want Building Supplies’ under the H Hardware banner over the next few months.

“So I will finish setting up ‘Architecture U Want’ and then I will head over to ‘All U Want Building Supplies’ and start the process of moving over to H Hardware, where we will draw on the assistance of H Hardware and Detail Retail, who provide affordable, customised retail fixtures and fittings, on revamping the whole store once again,” Dennis said.

It seems Jim and Dennis’ big plans for the future will not stop at the re-bannering of their current store to H Hardware, with talk of plans to replicate ‘All U Want Building Supplies’ in Dandenong, Melbourne, which will allow the business to easily cover all of Melbourne and beyond. 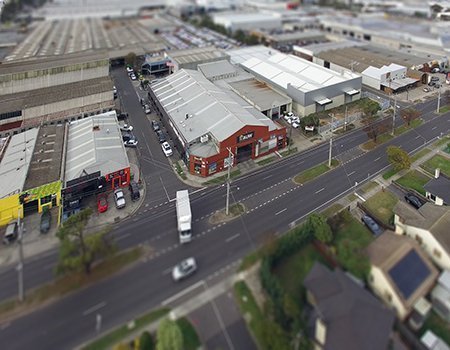