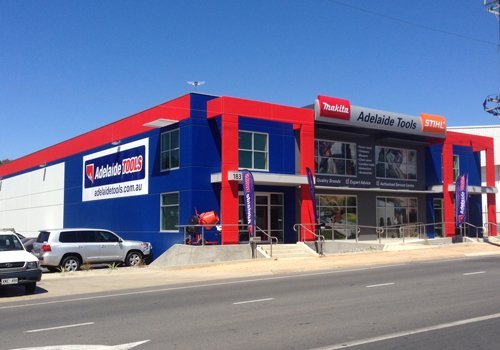 Established in 1949, Adelaide Tools has an extensive history and reputation for being one of the most successful family run businesses in South Australia. Initially established as a power tool servicing company over six decades ago, Adelaide Tool’s has today grown to five specialist tool stores.

Co-managing director, Rob Peach, along with his wife Marissa, currently run the five stores, after Marissa’s father, Sam Dontas, established the business at the original Whitmore Square store in Adelaide, as Electric Powertool Services. Their son, Adam Peach, is part of the senior management team.

Sam Dontas was the first businessman in Australia to specialise in the sales and service of power tools, and began his business by repairing power tools at the rear of the cottage, while his daughter Marissa would sit in the front office answering the phone, or waiting for customers to walk in.

Years later, Marissa married Rob Peach, who has a background in marketing. Rob joined Adelaide Tools after seeing a need to expand from the original store.

“We only had one little store in the middle of the city at a time when Adelaide was expanding north and south. South was the first to boom, and I said to Sam, you really need to get a shop down there because if you don’t, someone else will. Marissa was too busy running the original store to expand, so that is when I became involved and we opened the second store at Morphett Vale, where I learnt the ropes. I then identified a similar opportunity out north so we opened our third store at Pooraka,” Rob said.

“We then took over a former Flintware business in St Marys, which became our fourth store and only a few years ago we opened our fifth store at Gawler,” he said. 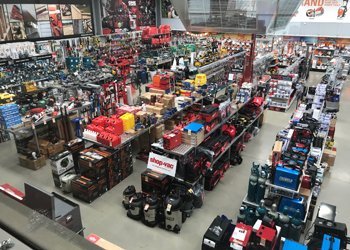 “We moved to the new site in October 2013, so we could service our customers a lot better with the bigger carpark and a showroom. The 1150 square metre stand-alone store boasts a 900 square metre show room, which is also our new head office,” Rob said.

“The store stands outs from competitors in the area because Adelaide Tools is well known as a power tools specialist, as opposed to Bunnings. We are a specialist because we started our business based on actually repairing tools. I don’t think any of our competitors started out like this.”

“Some of our competitors almost mirror what we do. They carry the same major brands and we just go head to head with them, particularly when they have a store right near us. But the difference is we have a service department and we service what we sell. Not only do we have a service department, but our staff really knows what they are talking about. We can give qualified professional advice, we service what we sell and we can solve problems when tradies aren’t sure of which tools to buy for a job.”

“We have a lot of former tradespeople serving behind the counter and in the show room. Our personal offer is opposed to someone just walking in and buying from a fixture and taking it to a counter. We are a problem solving group of sales people and we have a major relationship with tradespeople,” Rob said.

With a customer ratio of 80 per cent trades people and 20 per cent DIY, Rob said that this customer base is reflected on the quality of product they sell and selling the customer the right product, the first time.

“Our range of equipment is vast. Originally we began selling power tools, then hand tools but now we also sell air tools and air compressors, welding equipment, generators which has been important in SA, as well as outdoor power equipment. Our biggest selling product by far is cordless products or battery operated tools. That is the biggest growth and volume in the whole place – represented mostly by Makita and Milwaukee. More and more customers want the convenience of cordless with the power of corded,” Rob said. 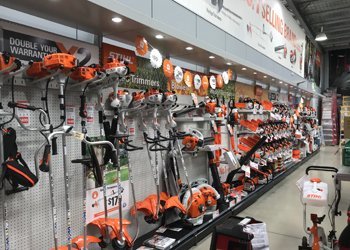 Big box competition
With an advertising catch cry of ‘We sell tools, not toys’, Adelaide Tools ensures its customers see the major difference between the specialist tool group and big boxes.

“People, like Bunnings, cater to the DIY market and in our opinion focus on price. But we tend to sell quality tools to tradespeople who want a quality, reliable product and after sales service,” Rob said.

With a Bunnings store located just 500 metres away, competition is fierce in the local area, however Rob said customers have remained loyal and the new store has doubled its business in just 12 months.

“Customers have followed us from the original store, and more customers have come to the new store through passing traffic. There is a major road near us which a lot of commuters use to avoid going through the city, so it is a bigger location on a major road, which grew the business extensively.”

“We have only been here four years and we have already outgrown the place, which is fantastic. We have already asked our landlords to look for a larger tenancy for us, and they have found a site 400 metres north of here. We will be shifting to the bigger building in about February 2018,” Rob said.

Local marketing
Due to extensive competitor marketing activity, Rob believes that if Adelaide Tools does not put itself out there via several marketing channels, and ensure local customers know what they are about and their offers, the business could be pushed into the background.

“Both our competitors are very active so our main marketing is through radio, catalogues and television as required, and online which is a very important marketing tool. The store’s local demographics is primarily industrial, however the store’s customers aren’t necessarily those who are geographically adjacent because tradies move around depending on where they work. Which is why for us, having five stores spread throughout the city really gives tradies the opportunity to drop in at any one of our stores depending on where they are working,” he said.

The future of hardware
The group does not have any immediate plans to expand, but they do keep their options open and will remain South Australian based if they do.

“If a retailer was going to expand, their next store will probably be their online store, because this is the thing now, online shopping. Having said that, in this industry tradies like chatting one on one with their local retailer, and they enjoy the relationship and the interaction as well as getting their hands on the store and feeling the product before they purchase it,” Rob said.