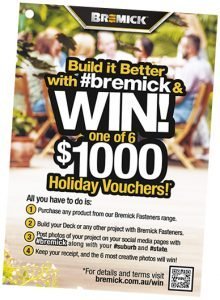 Social media platforms have made a big impact in consumer retail markets in recent years. Now, according to Bremick Fasteners, it is time to expand the social media footprint to include trade and specialist DIY customers. JOHN POWER reports.

We have all become accustomed to seeing social media-based messages in general hardware retail stores, with campaigns skewed squarely towards ‘mum and dad’ end users. And this has made perfect sense because the majority of social media users have been perceived to be members of the public interested in comparing notes, swapping advice, or seeking (and giving) personal reviews of products and services.

However, Bremick Fasteners, which specialises in high-quality products distributed via Australia’s most prominent independent retailers, believes the time is right for manufacturers to expand their social media horizons and start engaging directly with TRADE customers on behalf of their clients.

As Australia’s competitive fasteners companies unfurl their Spring marketing campaigns, Bremick is using social media for the first time to mount two promotions aimed at its main market: professional tradespeople. As Rod Bran, National Retail Sales Manager, points out, the initiative is based on a realization that younger tradespeople, in particular, are just as enthusiastic as general consumers when it comes to using social media.

“There’s been a shift. When you get out and talk to people, the trade now are using social media more and more as a form of advertising,” Rod said.

As an example, Rod cites a recent conversation with a builder whose colleague is scoring work purely from Facebook referrals – no other advertising required.

“You have to think the demographic is moving. While talking to tradespeople, I’ve noticed these guys are actively using social media – you only have to go online and have a look to see they are making posts about their work.”

While researching social media usage in Australia and the market’s behaviour, Rod says he discovered some amazing statistics1. For instance, Australians are among the world’s most avid social media fans, with 69 per cent of the population classified as ‘active’ users. This statistic fits credibly within a framework of overall internet usage (88 per cent of the population). Interestingly, social media usage via mobile devices has hit 78 per cent, representing seven per cent growth year on year.

“Approximately 60 per cent of the total Australian population is an active Facebook user, and Instagram has nine million Aussie users,” Rod said.

Direct engagement
Rod and his team are keen to see the trade market’s response to their two new promotions, both of which are designed to facilitate direct engagement with tradespeople.

The first promotion invites professional tradespeople to take photos of their projects involving Bremick fasteners, and to post images of these projects on their own social media pages (identified with a #bremick hashtag, along with #suburb and #state).

The six most creative photos will each win $1,000 worth of holiday travel vouchers.

“We thought about inviting tradespeople to contact us for free bumper stickers, but my first thought was, ‘They would only use 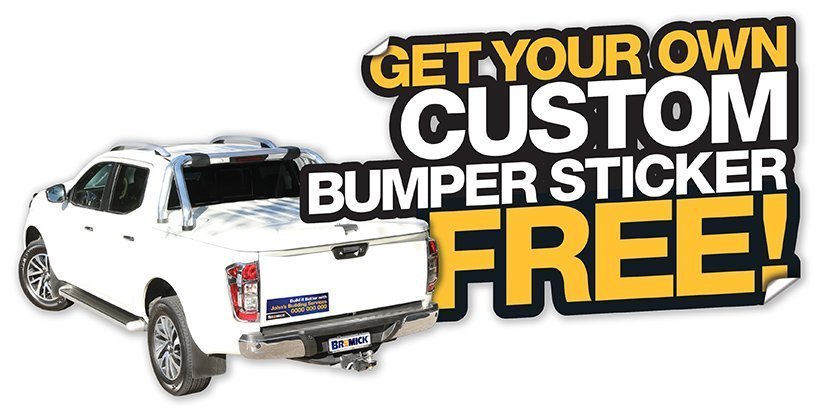 it if they could have their own business details on the sticker’… so that’s exactly what we’re doing: personalised stickers!”

Tradespeople wishing to obtain their own bumper sticker can go online (bremick.com.au/bumper) and complete a simple questionnaire so their sticker details, including business name and contact number, can be printed. Participants will subsequently receive their personalized bumper sticker in the mail.

Rod says these promotions represent a more energetic form of contact with end users than the company has ever implemented before.

“I think the days of just putting up header cards and wobblers are gone. So, this year our aim has been to do something different; we have to engage more with the end user. Sure, companies – including ours – have offered prizes to trade customers before, but I’m not aware of anyone else doing anything like what we’re doing with social media,” he said.

Adapt or perish
Some onlookers might question the need to modify traditional interactions with customers. Legitimate hypothetical concerns might include (a) alienating busy tradespeople who are not social media savvy; (b) making products appear more consumer-friendly and less trade-oriented; or (c) exposing marketing initiatives to the uncontrolled influence of customers’ social media posts.

However, Rod believes the increased use of social media to deal with trade customers is more ‘adaptation’ than ‘revolution’, and just one component of a much larger mission to reinforce demand for products and keep sales strong.

“When we go to the market, it’s always with the bigger picture in mind: ‘What is our COMPLETE value proposition?’” Rod said, explaining that the new social media campaign sits within a much broader context of pricing, seasonal specials, product quality, ongoing and locally relevant R&D, as well as the support of a very experienced sales support team. 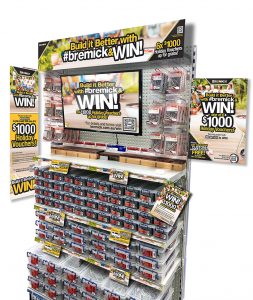 As part of its new-season social media promotions, Bremick has designed a lavish range of in-store campaign material.

“So, where does the social media campaign fit in? Well, our customers see us putting some effort in, they see that we’ve put some thought into this. Our philosophy is the more our [retail] customers sell, the more we sell, so we have got to create these campaigns in such a way that it helps our customers sell product.”

As Rod notes, if all components of the full value proposition – including social media engagement with end users – are in line with market expectations, then business will continue to prosper for the benefit of all parties including resellers.

The need to continually adapt to fresh market conditions is particularly crucial, he adds, in relation to independent retail hardware outlets, which have their heartland in non-metro areas. These areas are subject to highly erratic seasonal and economic fluctuations; prominent examples are the current drought on the eastern seaboard, or the recent downswing in mining activity in Western Australia and Queensland.

Change and volatility, therefore, are part of the fabric of independent hardware retailing, and expanding the use and sophistication of social media campaigns, Rod believes, is just another part of this dynamic process.