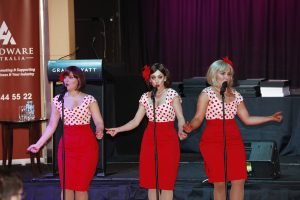 On October 22, the hardware industry of Victoria and Tasmania came together for its yearly night of nights with the hosting of its 2016 Victorian/Tasmanian Hardware Industry Awards.

The room was packed to capacity to enjoy with guests not only treated to a night of awards, but also entertainment and fine dining at the Grand Hyatt in Melbourne.

This year also saw the inaugural awarding of 30+ Years’ Service Awards. These awards recognise recipients who have achieved over 30 years in the industry and saw a mix of sales representatives, employees, managers and business owners all being acknowledged by the industry. The prestigious award was awarded to: 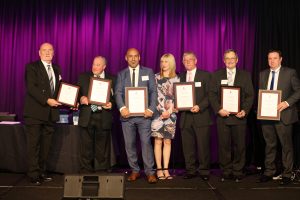 Recipients of the 30+ Years’ of Service Awards.

Award winning suppliers were also announced on the night in the categories of bathroom, building, timber, electrical, hardware, paint & accessories, tools, garden & outdoor living, as well as Overall Supplier of the Year. Supplier of the Year Awards were presented to: 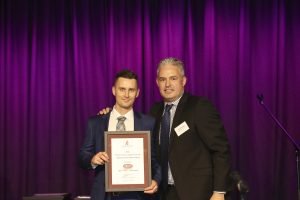 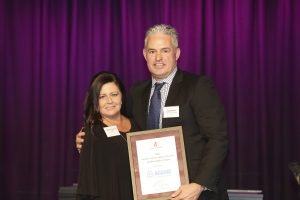 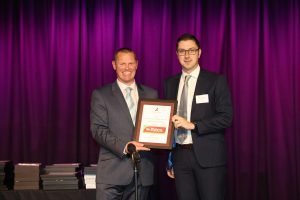 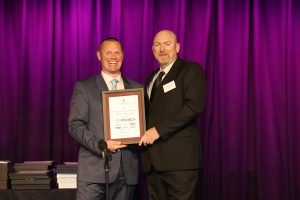 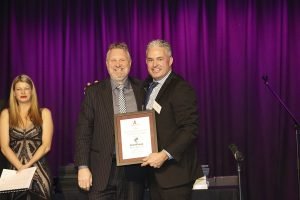 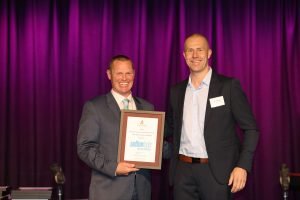 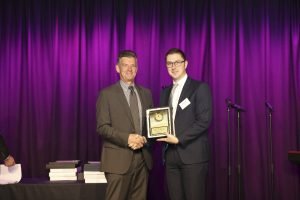 Sales Representative of the Year

The Lou Turco Sales Representative of the year Award was this year sponsored by Sutton Tools and was awarded to Jenny Davies from Trio Australia. 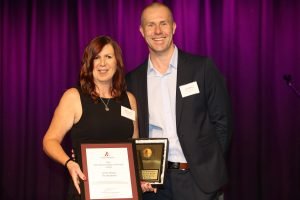 Jenny Davies of Trio Australia accepts the Sales Representative of the Year Award from Ben Williams of Sutton tools.

Jenny won the award against some tough competition and during her acceptance speech, Jenny said she was completely stunned by the win. Jenny also said she was very thankful to Trio as a company for their support.

Store of the Year Awards

The Store of the Year Awards were again a hotly contested category of awards, with this year’s finalists and winners being: 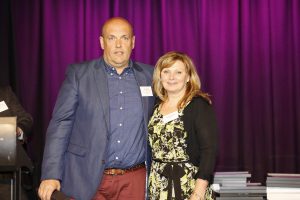 Paul Drake of Ocean Grove Home Hardware accepts the Small Store of the Year Award from Robyn Stewart of Seasol. 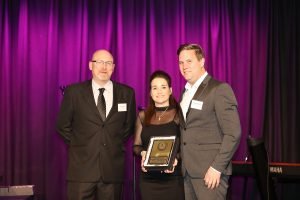 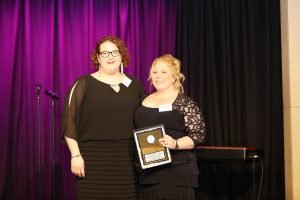 It was especially exciting to see Wells Mitre 10 Latrobe in Tasmania feature in the winning stores, with the store owners travelling from interstate, to attend the awards night and accept the award, according to Hardware Australia’s executive officer, Scott Wiseman.

Sponsored by REST Industry Super, the Employee of the Year award was presented to Jessica Mauro of Doncaster Mitre 10. Jessica is Doncaster Mitre 10’s paint manager, and is described as their ‘Jill of all trades’ with six and half years’ building understanding across many departments. Jessica was honoured and humbled to have been nominated and was ecstatic to have won and receive the $500 cash. 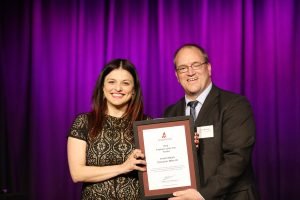 Employee of the Year award was presented to Jessica Mauro of Doncaster Mitre 10, by Hardware Australia chief executive, Scott Wiseman.

Sponsored by National Retail Association, the 2016 Rising Star of the Year Award was presented to James Domaille of Doncaster Mitre 10. James took home not only $500 cash, but also a $4000 training voucher to further his development and will represent Victoria in the National Hardware Awards in early 2017. 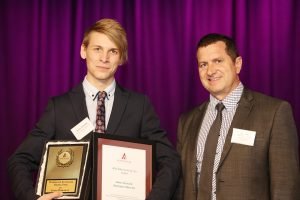 James Domaille of Doncaster Mitre 10 accepts the Rising Star of the Year Award 2016 from the National Retail Association’s Troy Wild.

Sponsored by Dulux, the major award of the night, the Hardware Legend award, saw Colin Jeoll from Dulux presenting Barry Fagg – Fagg’s Mitre 10 with the award. Barry was acknowledged for a lifetime in the industry and his outstanding contribution to Mitre 10 over many years.

Barry is part of the fourth generation of the family to devote a lifetime to the hardware industry and has successfully carried on the traditions of his Geelong business, which has over 160 years of history.

The Fagg’s business is one of the longest running family businesses in Victoria and the eighth oldest family business in Australia. After a career in accounting, Barry joined the business full time in 1980, together with his younger brother Keith. Backed by the support from the company board, the brothers grew the business from two stores to five, and now has stores in South Geelong, North Geelong, Wallington, Torquay, Colac and more recently in a joint venture with Mitre 10.

Barry was a director within the Mitre 10 group including Mitre 10 Southern Region and Mitre 10 South West from 1987-2004, and served on various committees during this time. In 2000 he became an inaugural board member of Mitre 10 and was chairman of the board from 2002-2004.

Barry is most proud of working together with his brother to successfully continue and grow the family business for over 35 years and his accomplishments as national chairman of Mitre 10.

Over his time in the industry, Barry notes the introduction of big box hardware retailing and computerisation as among the major changes to how we do business and also welcomes the involvement of Metcash in the industry as part of securing the future of independent hardware operators.  He believes we will continue to see the consolidating of independents who will survive by being specialist in their areas and in serving niche markets.

When accepting the award, Barry paid special tribute to his family, his brother who he works closely with and to his wife, who has visited thousands of hardware stores all around the world. 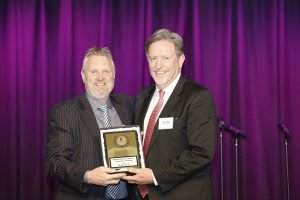 Hardware Australia’s executive officer, Scott Wiseman, said the night was a great success as a celebration of our great industry and the special people who are passionate, dedicated and genuinely love hardware.

Hardware Australia also thanked its sponsors on the night including: