An 80 year old Tasmanian hardware store has achieved a 300 per cent growth in sales, after joining HBT and completely refurbishing the store.

“HBT is a buying group that organises deals with suppliers and also offers a rebate for those suppliers we support. We also needed to upgrade our shop externally, so after much deliberation, we decided to go H Hardware,” Wayne said.
“After joining HBT we went onto update the store because it was looking very dilapidated and it also needed a facelift . Over the last two years we have also relayed the whole shop and installed new stands and stock. I think our customers are very happy with the increased product range and the layout.” 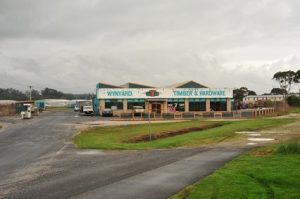 Since joining HBT in 2003, the business has grown significantly, according to Wayne.
“We have worked very hard to get where we are now and a lot of our success is based on joining the HBT group. Being part of this great group was our saviour, mainly because all the rebates come back to us, rather than into the pockets of the branded stores and this assisted us in restocking the store. We also believe we have a very strong team which goes a long way in developing a successful business.”
“We know most of our customers personally and they know that we can generally help them with anything they need. This is probably the one thing that stands out the most at our store. For example if we do not know something about a product that is being sought after, we tell the customer that we will do what we can to find out how to get
what they need,” he said.
“We have a good range of timber and accessories for the trade and if we don’t have it in stock we can generally get it within a couple of days. We are also happy to order from the mainland if we need to and this takes about four days to deliver,” he said.

80 years of trading
Amazingly, the store has traded for over 80 years and was originally founded by E. Lewis and his two sons, Charles and Richard. Wayne started his employment with the original owners in 1972, when the store was primarily a combined rural and hardware store.
It was then sold to Webster Ltd., which was mostly a rural supplies store with a small amount of hardware and paint. Lesley originally worked for another store owned by Webster Ltd on King Island and was transferred to the Wynyard store, where she met Wayne. 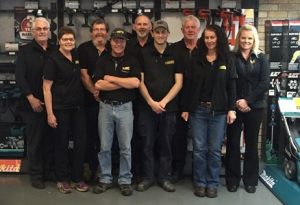 “Webster’s was originally a rural supplies store when I joined it. My former jobs included working with horses, on a horse and cattle stud – then I went onto milking cows, picking potatoes in the off season and also worked as an artificial inseminator on King Island.
So working in retail was very different to what I was used to,” Lesley said.
“I began working for the Webster’s
in 1990 and it was 1996 before Armour Hardware Wynyard grew enough for me to join the business,” she said.
Wayne, Lesley and Brett Butler purchased the property from Webster Ltd. in 1999 and changed the name of the business from Armour Hardware, to Wynyard Timber & Hardware.
“When we took over the store, we had a sign made but that was pretty much it. We didn’t have excess funds for anything else because we were trying to build up our stock. We initially traded under a different banner, but the fees and catalogues were draining the business,” Lesley said.
“We now have four children and they have all worked for us at some point. They have all made careers for themselves and we hope that we gave them a good start and good work ethics,” she said.

Catering to locals
Wayne said since the store rebranded to H Hardware, a nearby independent hardware store closed and Wynyard H Hardware has also managed to steadily grow in business, despite a Bunnings store opening in the region.
Wynyard is a rural town with approximately 15,000 people and the store caters specifically to farmers, tradies and DIY’s. With a land area of 8548 square metres, the store has 2000 square metres of floor space, with a 50/50 retail/trade mix and its biggest area of sales is its building and timber departments, followed by hand tools, paint and garden. 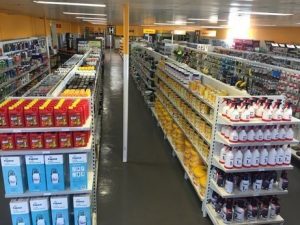 “Our trade department offers a drive through service and we also provide free delivery service for both our retail and trade customers. When we complete our refi t and also get our product ranging completely in order, then we hope to start having tradies breakfasts, DIY days and ladies nights as well, which should be a lot of fun,” Lesley said.
“The trade nights and ladies days will be started in the new year as we are winding down to Christmas and our opening. It is just too busy to think about that this year. We advertise every week in our local paper and also have radio ads that run on a regular basis, as well as live broadcasts in store during the year,” she said. Looking into the near future, the couple believes their store will continue to grow and thrive on exceptional product knowledge and having the best team in house to provide great service.